See the gallery for quotes by Manfred von Richthofen. You can to use those 7 images of quotes as a desktop wallpapers. 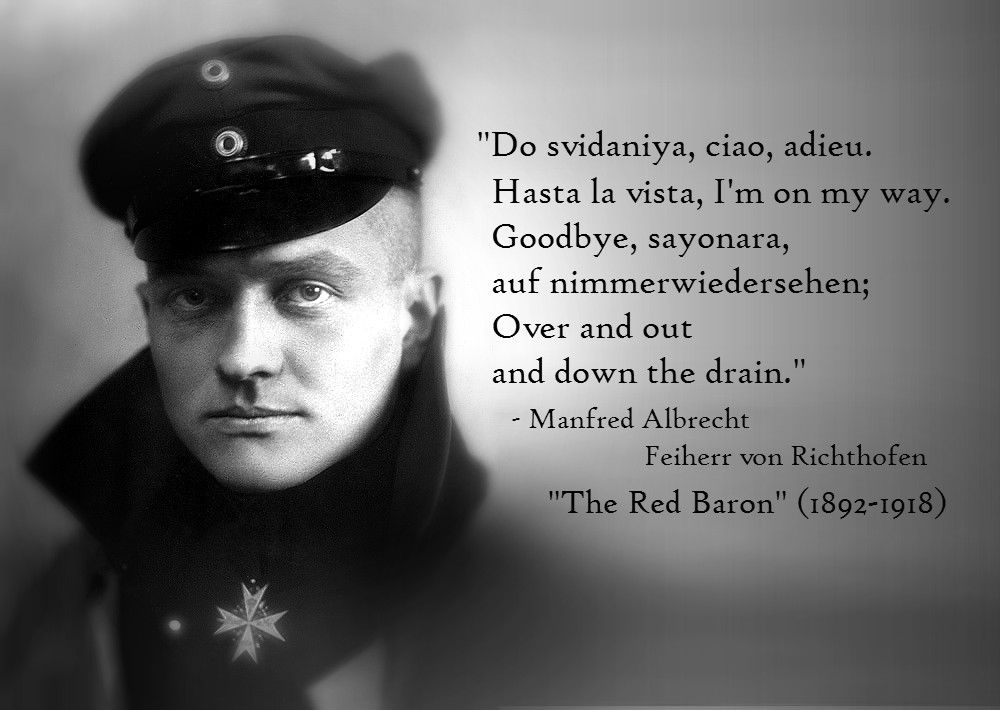 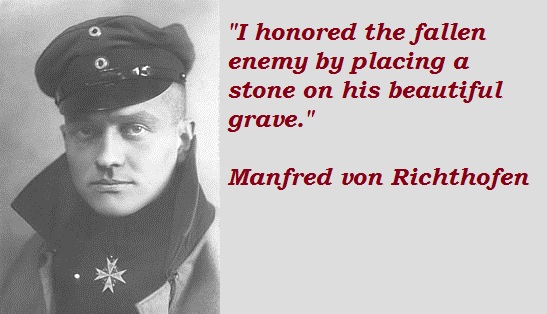 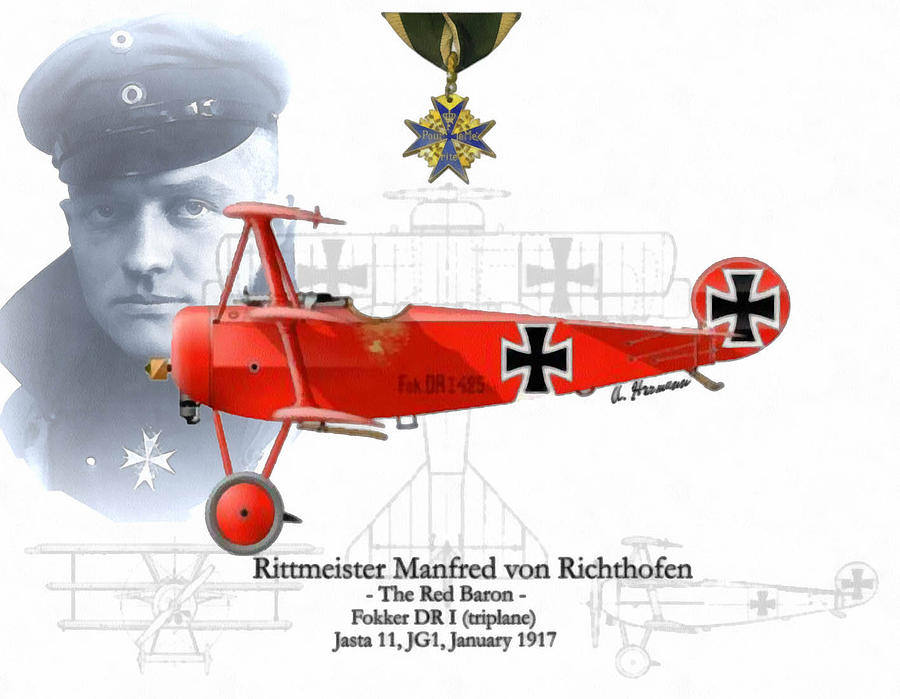 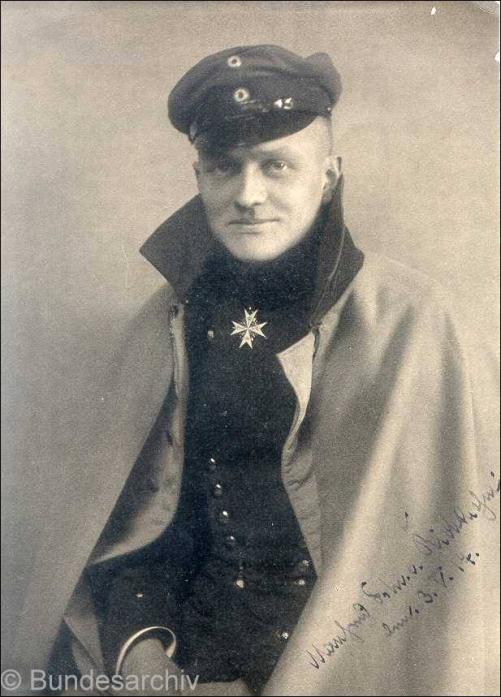 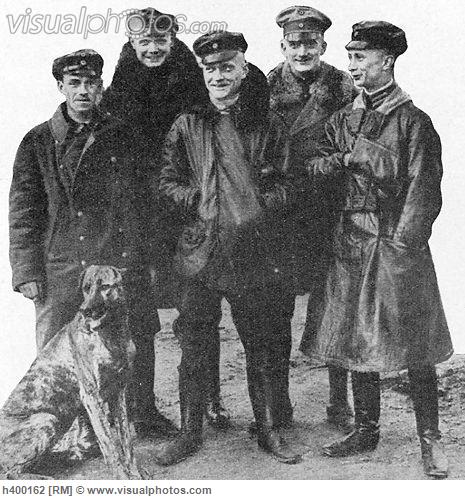 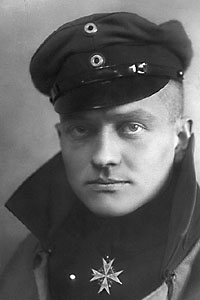 I honored the fallen enemy by placing a stone on his beautiful grave.

My dear Excellency! I have not gone to war to collect cheese and eggs, but for another purpose.

In the heat of the Russian summer a sleeping car is the most horrible instrument of martyrdom imaginable.

It is better that one's customers come to one's shop than to have to look for them abroad.

I never was good at learning things. I did just enough work to pass. In my opinion it would have been wrong to do more than was just sufficient, so I worked as little as possible.

It is a pity that my collection of trophies contains not a single Russian.

The English had hit upon a splendid joke. They intended to catch me or to bring me down.

All the papers contained nothing but fantastic stories about the war. However, for several months we had been accustomed to war talk. We had so often packed our service trunks that the whole thing had become tedious.

As a little boy of eleven I entered the Cadet Corps. I was not particularly eager to become a Cadet, but my father wished it. So my wishes were not consulted.

Everything depends on whether we have for opponents those French tricksters or those daring rascals, the English. I prefer the English. Frequently their daring can only be described as stupidity. In their eyes it may be pluck and daring.

I have had an experience which might perhaps be described as being shot down. At the same time, I call shot down only when one falls down. Today I got into trouble but I escaped with a whole skin.

Now I am within thirty yards of him. He must fall. The gun pours out its stream of lead. Then it jams. Then it reopens fire. That jam almost saved his life.

Of course no one thought of anything except of attacking the enemy. It lies in the instinct of every German to rush at the enemy wherever he meets him, particularly if he meets hostile cavalry.

Of course, with the increasing number of aeroplanes one gains increased opportunities for shooting down one's enemies, but at the same time, the possibility of being shot down one's self increases.

One can become enthusiastic over anything. For a time I was delighted with bomb throwing. It gave me a tremendous pleasure to bomb those fellows from above.

There were sometimes from forty to sixty English machines, but unfortunately the Germans were often in the minority. With them quality was more important than quantity.

We convinced him quickly that the possibility of war was absolutely nil and continued our festivity. On the next day we were ordered to take the field.

Tags: Him, Next, War