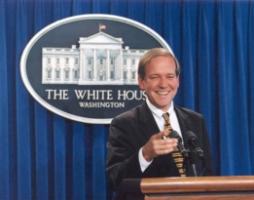 See the gallery for quotes by Mike McCurry. You can to use those 6 images of quotes as a desktop wallpapers. 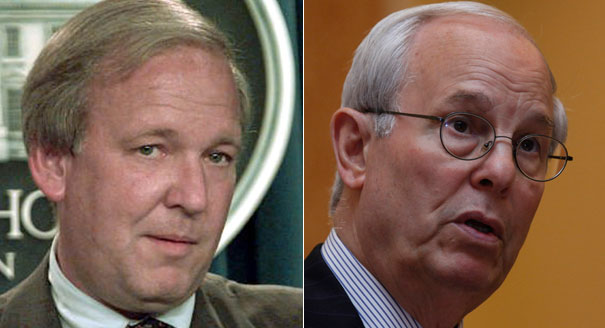 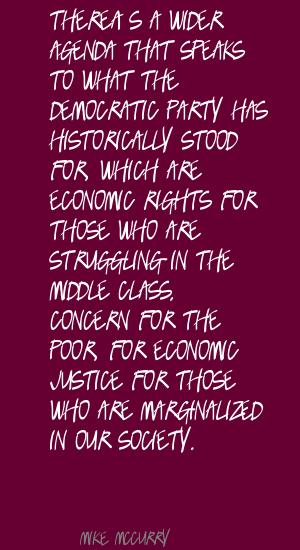 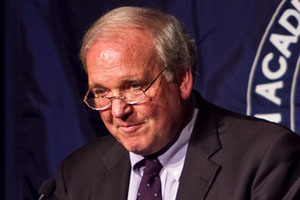 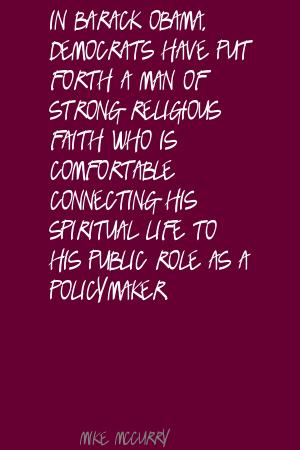 In Barack Obama, Democrats have put forth a man of strong religious faith who is comfortable connecting his spiritual life to his public role as a policymaker.

There's a wider agenda that speaks to what the Democratic Party has historically stood for, which are economic rights for those who are struggling in the middle class, concern for the poor, for economic justice for those who are marginalized in our society.

For the progressive left, social activism grounded in faith and theology crested in the 1960s.

The White House is a huge organization, first and foremost.

There are so many similarities between a startup venture and a political campaign - the rhythm, the tempo, the hours, the intensity.

When I worked at the White House in the mid-1990s, I would not have dreamed of sharing my beliefs on faith with my colleagues.

For me, and maybe for many religious kids of the '60s, the church lost relevance the more it became a surrogate in the movement for social and political change.

He was imposing, even in his pensiveness.

In course of time my first novel appeared. It was a love story.

It was a bright, clear afternoon in the late fall that pretty Miss Cable drove up in her trap and waited at the curb for her father to come forth from his office in one of Chicago's tallest buildings.