See the gallery for quotes by Dylan McDermott. You can to use those 8 images of quotes as a desktop wallpapers. 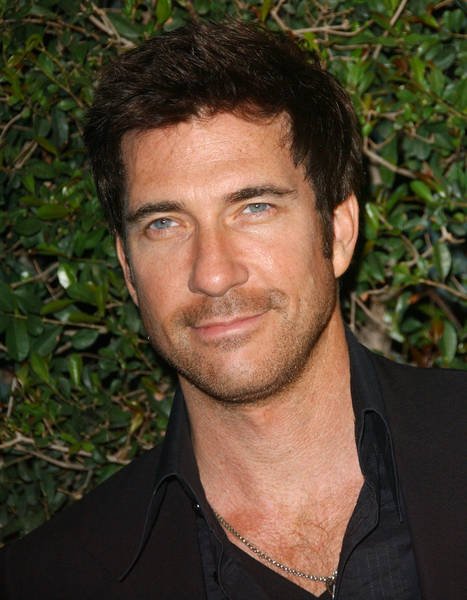 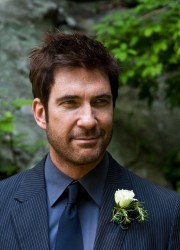 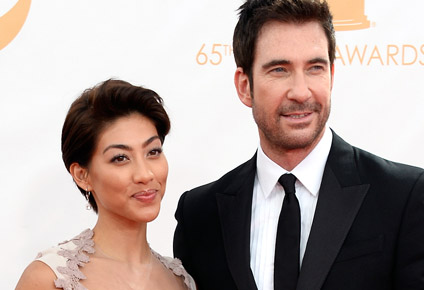 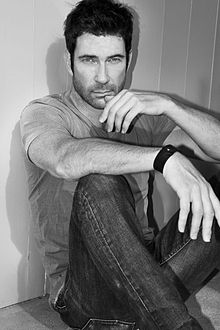 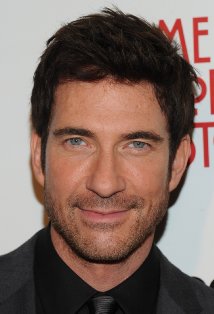 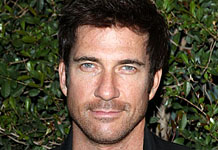 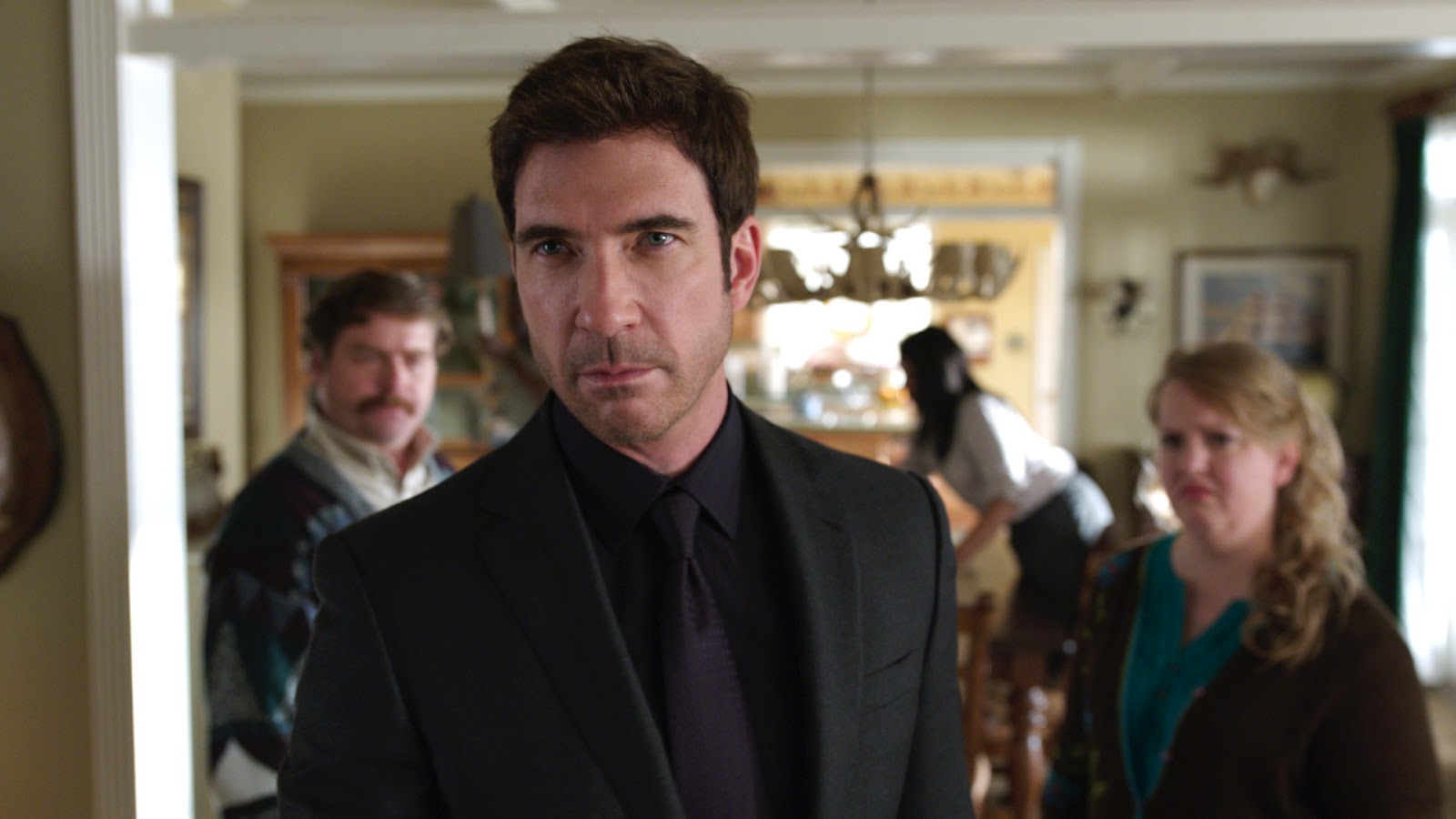 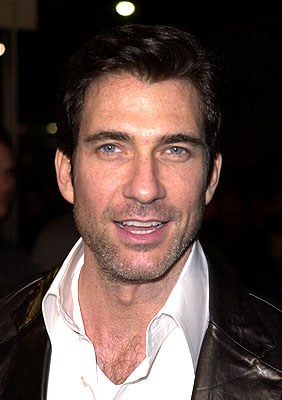 Media runs the world, and it all changed, I think, when the debate between Kennedy and Nixon happened, and first of all we saw them on television, and that changed everything.

Most actors are starving. Most of us are walking around with a flashlight and tweezers looking for evidence. When you have someone that actually writes an acting role, it's rare.

My dad was kind of a pool shark and had a Frank Sinatra, Dean Martin thing going on. I've always been fascinated by the fifties because of him. There was a hip, cool, anything-goes atmosphere back then, but looking good was still a priority.

New York had a big influence on me growing up, and I was really part of the club scene - the Mudd Club and Studio 54. When you're living in New York, you are just bombarded with style, trying to figure out how to be cool and how to feel relaxed at the same time.

Nowadays you really have to pump out that blockbuster in order to have the luxury of getting a body of work, and that's sad because the work suffers. Today everything is based on money. The older actors, they inspire me.

Once you understand that someone has Tourette and that they can't help their tics, it takes away the distraction. And you can engage your compassion. You feel for them. You embrace them.

'Rosemary's Baby' is still one of my favorite movies of all time. The idea of her being impregnated with the devil is just so frightening. I'm actually going to work on a movie in February, called 'Mercy,' from Jason Blum, who produced the 'Paranormal Activity' movies, and there is a similar theme to 'Rosemary's Baby' in the movie.

Style is innate to who I am. My father gave me a picture the other day. I must have been about seven, and I had on wing-tip shoes and some cool pants. I thought, 'Wow!'

'Dark Blue' is ultimately a gritty crime drama, at its core. I don't think that is ever going to change.

I did a movie with Clint Eastwood and I knew I wasn't going to be able to 'out-man' him.

I guess my style is a cross between David Bowie and Clint Eastwood.

I've always been fascinated by Baretta and Donny Brasco, and other undercover cops in movies.

Jerry Bruckheimer really is an executive producer, who obviously is the most successful producer in the history of film and television.

Most of the time people are aiming so low on television. They're trying to reach that common denominator, especially on network television.

Much of the time, as an actor, you sit around waiting. Most of your life and career, you're waiting for your agent or your manager to call you.

My past is not pleasant; I grew up in a very tough town, Waterbury, Connecticut. I grew up in New York, too, but Waterbury was tougher.

My theory about actors is we're all walking milk cartons. Expirations dates everywhere.

The Victorian era is the sexiest age for me, but I also like a woman in a pair of jeans.

Yeah, romantic comedies are the hardest movies to make. Maybe one works a year.

You'd see those movie stars on the screen, and say, 'I want to be that guy.'

As an actor, you always have to reinvent yourself or you end up in the gutter somewhere. It's my job to always change people's minds. I've known that for a long time and I've had to do it.

Honestly, I'm cool with everyone, and people pick up on that. I'd say, 'I'm not gay, but it's all good.' It's kind of like going to Paris when you don't know the language; some Americans get into trouble over there, but I'm just like, 'Sorry, I don't speak French.'

I always felt like I needed to act. Not that I wanted to act, but I needed to. And I still feel that same way. There's an expression that I get to have in acting that I can't consciously express in my life. It has always defined me and it always will.

Much more quotes by Dylan McDermott below the page.

I believe that Ryan Murphy is a genius. His instincts remind me of Andy Warhol. I recently went to the Warhol museum in Pittsburgh, and you can see a lot of echoes of Andy in Ryan's work. Like Andy, Ryan's finger is so on the pulse of culture that he's ahead of culture. Their aesthetic and their vision of the world are very similar.

I don't like the slasher stuff, myself, but I do like the psychological horror of Roman Polanski and that world. But, it's curious to me why people do like to be afraid.

I mean, I always think when you're an actor you have to be the guy running into the burning building rather than running out of it, if you want to make some noise as an actor.

I was terrified of the Vietnam War when I was 13. I thought I was going. The draft was such an ominous thing, I felt as if it was going to trickle down to me.

I've tried like hell to make bad movies good, and I can't. Maybe Marlon Brando has been able to do that at times. But even he has a hard time making 'The Appaloosa' a good movie.

It's like, no matter what I do, I always feel like I'm five years old, and I end up in the back of my father's car looking out the window, and nothing has changed in 25 years.

It's the cable shows that are really the most interesting - 'Mad Men,' 'Breaking Bad,' those shows are really the premiere shows on television right now.

L.A. is still such a fascinating place to me, so big and diverse. It's so spread out that you can go from Zuma to downtown and there's really like 10 different towns in between.