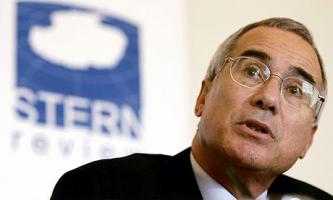 See the gallery for quotes by Nicholas Stern. You can to use those 7 images of quotes as a desktop wallpapers. 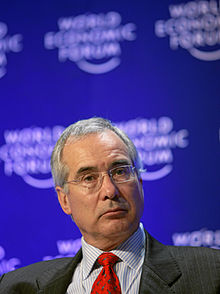 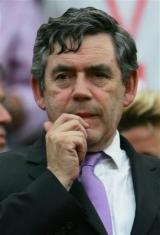 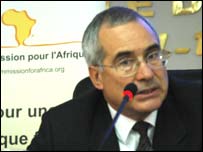 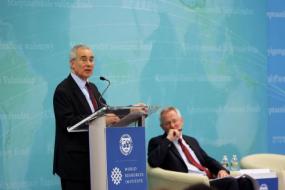 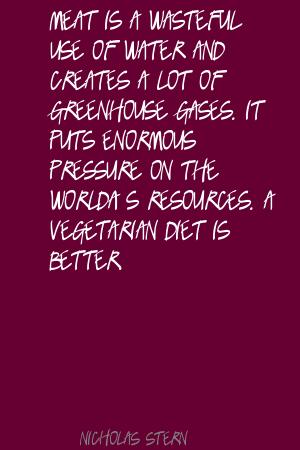 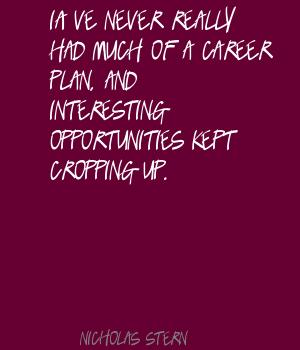 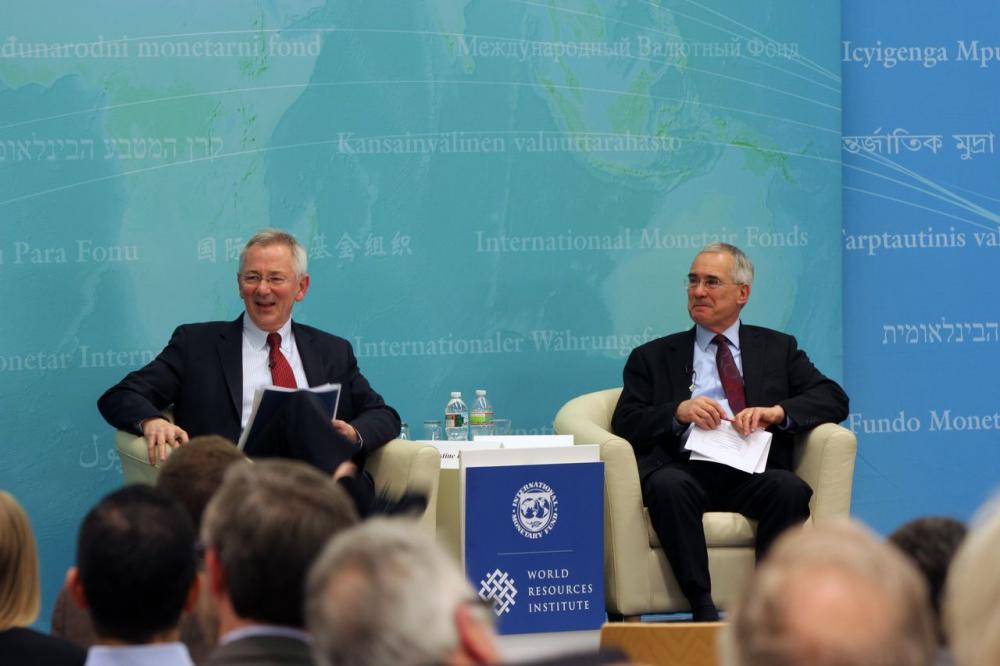 Meat is a wasteful use of water and creates a lot of greenhouse gases. It puts enormous pressure on the world's resources. A vegetarian diet is better.

As an undergraduate, I did maths and physics. That doesn't make me a scientist. So I try to read and understand and talk to scientists.

I've never really had much of a career plan, and interesting opportunities kept cropping up.

Science and policy-making thrive on challenge and questioning; they are vital to the health of inquiry and democracy.

The one way of guaranteeing to fail is to assume that we will.

To claim the World Bank is just an extension of U.S. foreign policy is just wrong.

A diet that relies heavily on meat production results in higher emissions than a typical vegetarian diet. Different individuals will make different choices. However, the debate about climate change should not be dumbed down to a single slogan, such as 'give up meat to save the planet.'

Enlightened self-interest from those involved in hydrocarbons should lead to the support of technologies enabling the clean use of hydrocarbons, such as carbon capture and storage, and not to the defence of deniers and cranks.

How is it that, in the face of overwhelming scientific evidence, there are still some who would deny the dangers of climate change? Not surprisingly, the loudest voices are not scientific, and it is remarkable how many economists, lawyers, journalists and politicians set themselves up as experts on the science.

I think it's important that people think about what they are doing and that includes what they are eating. I am 61 now and attitudes towards drinking and driving have changed radically since I was a student. People change their notion of what is responsible. They will increasingly ask about the carbon content of their food.

I think that once people understand the great risks that climate change poses, they will naturally want to choose products and services that cause little or no emissions of greenhouse gases, which means 'low-carbon consumption.' This will apply across the board, including electricity, heating, transport and food.

If you look at all the serious scientists in the world, there is no big disagreement on the basics of this... it would be absolute lunacy to act as if climate change is not occurring.

It's very important that there should be cross-fertilisation between government and academia. Both parties can benefit from having a better understanding of how the other works.

Tags: Between, Both, Government

My father's generation's crisis was fighting fascism. Ours is fighting climate change. It is much harder because you can't see it, it is not an obvious threat. But the solution is in our hands.

We can look back through ice-core data and see over 800,000 years, relationships between carbon dioxide and the temperature of the world. So those people who deny the importance of climate change are just wasting their time. They're also being diversionary because if we don't act the risks are enormous.

We run enormous risks and we know what kind of reductions of greenhouse gases are necessary to drastically reduce risks. Reducing emissions by half by 2050 is roughly in the right ballpark. It would bring us below 550 ppm.