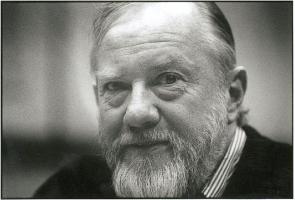 See the gallery for quotes by Robert Stone. You can to use those 8 images of quotes as a desktop wallpapers. 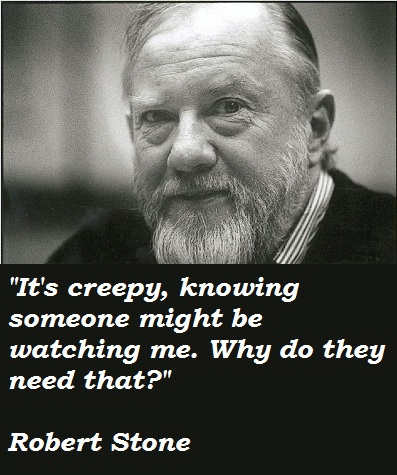 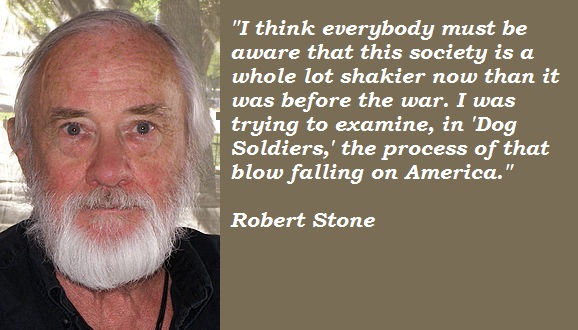 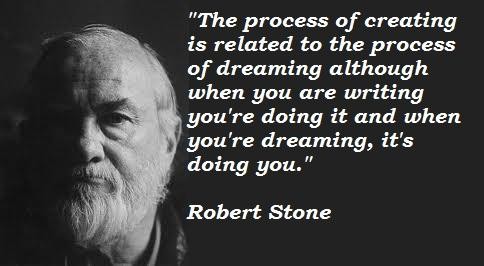 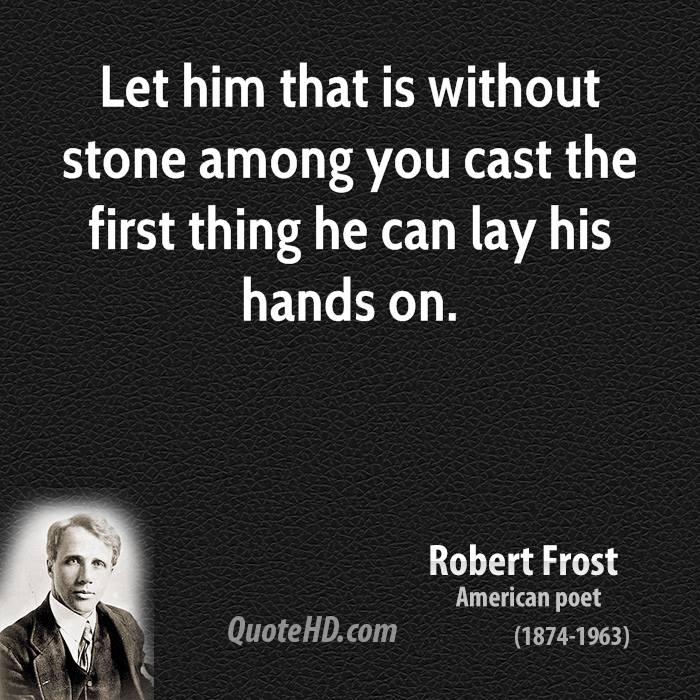 It's creepy, knowing someone might be watching me. Why do they need that?

Tags: Knowing, Someone, Why

At the time, acid made me consider questions of reality, the difference, as someone said, between words and silence. It also brought back a lot of latent religious feelings in me that I had turned my back on.

Everybody's after a new morning. What do we have to run up and salute tomorrow?

Tags: Anybody, Crazier, Else

It's all about letting the story take over.

It's easy to create a country, all you have to do is to think of a name for it.

Life is a means of extracting fiction.

The process of creating is related to the process of dreaming although when you are writing you're doing it and when you're dreaming, it's doing you.

What is worst about America was acted out. What is best in America doesn't export.

I think everybody must be aware that this society is a whole lot shakier now than it was before the war. I was trying to examine, in 'Dog Soldiers,' the process of that blow falling on America.

A 527 doesn't have a wife. It doesn't have a brother-in-law who knows a lot about politics, or a union president who calls and doesn't like the color of the suit, or bimbo eruptions. It's the perfect candidate, because it has no personal characteristics.

I do a lot of referendums. They can't talk back. They don't have wives. They don't have friends who tell you how to run the campaign. They are supported by special interests, so there's a lot of money in them.

I oppose the spending of trillions in Iraq and Afghanistan, I strongly oppose Islamic extremism but don't believe that sending troops to die in two unwinnable wars makes sense.

Money is speech. It's incongruous to say a multimillionaire can spend as much on his own campaign as he wants, but you can only give $2,300. His free speech rights are different from yours, thus violating the Equal Protection Clause of the Constitution. It's absurd.

In this business, if you don't pay your debts you're finished.

How can you be conservative and justify wiretapping people without a warrant? We're supposed to be the party of personal freedom and civil liberties.

I get blamed for things I have nothing to do with.

Young Republicans are a very, very important constituency. Along with little old ladies, they provide the foot soldiers for the Republican Party.

Big brother listening in on your phone calls - I got a problem with that.

I am a Libertarian Republican in the Goldwater style.

I am a Reagan Republican.

I never owned a pair of blue jeans until I met my second wife.

I remember going through the cafeteria line and telling every kid that Nixon was in favor of school on Saturdays. It was my first political trick.

I'm a total Republican, but I've never claimed to be a Christian-right conservative. They're a large but dwindling part of the Party.

If you have to drag somebody to register, they're not highly motivated.

Much more quotes by Robert Stone below the page.

If you're not controversial, you'll never break through the din of all the commentary.

Let's be very clear, if you check the F.E.C. records you will see I am supporting George W. Bush.

Nobody ever built a statue to a committee.

Obviously a candidate has to be held responsible for the words that come out of his mouth, regardless of where they came from.

Of course a lot of the journalists hated Nixon, but they were always blown away by how smart he was.

Politics with me isn't theater. It's performance art. Sometimes, for its own sake.

The general election is not an organizational exercise - it's a mass media exercise.

The reason I'm a Nixonite is because of his indestructibility and resilience. He never quit.

There are more dog owners in America than there are conservatives.

Those who are outraged will vote.

Traditionally, Young Republicans have been a leading indicator of the direction of the party.

Unless you can fake sincerity, you'll get nowhere in this business.

You can't be the candidate and the campaign manager.