See the gallery for quotes by Sharon Stone. You can to use those 8 images of quotes as a desktop wallpapers. 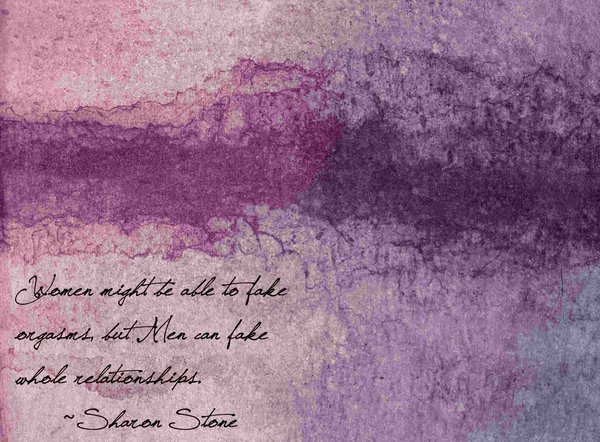 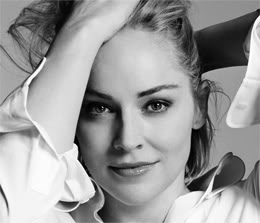 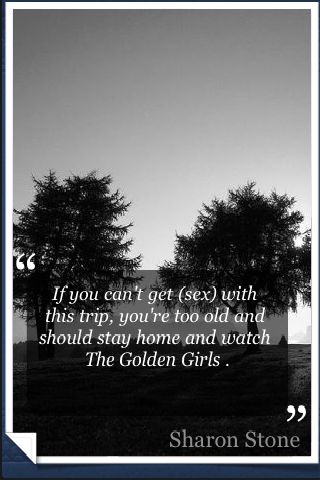 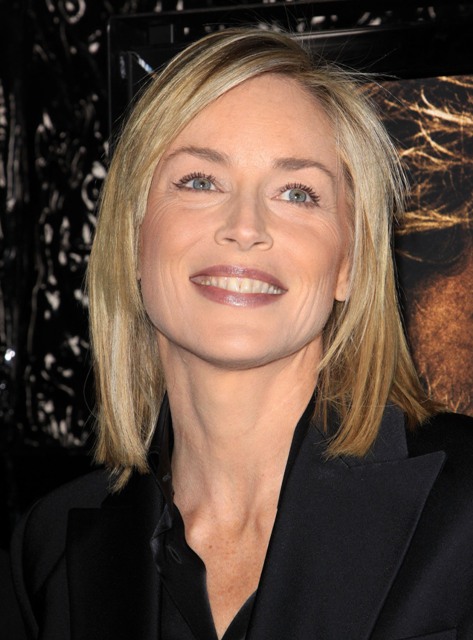 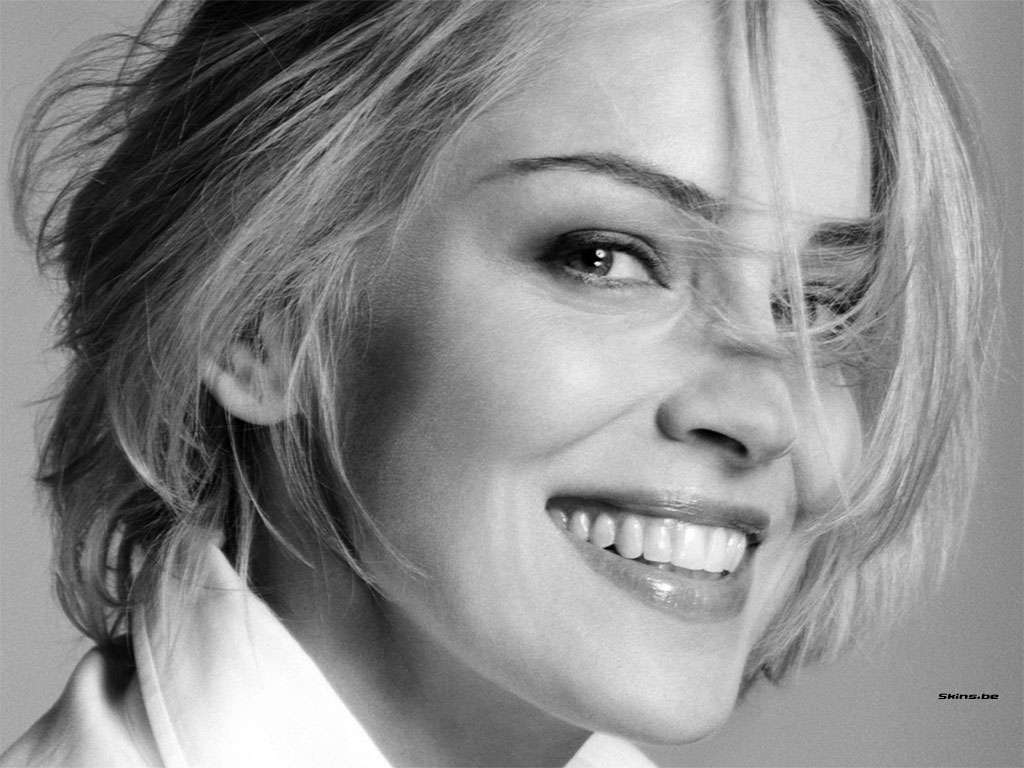 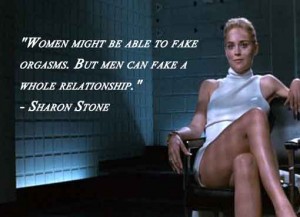 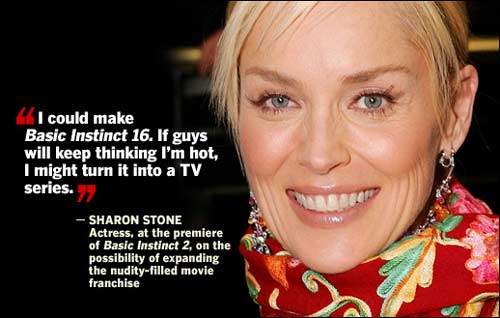 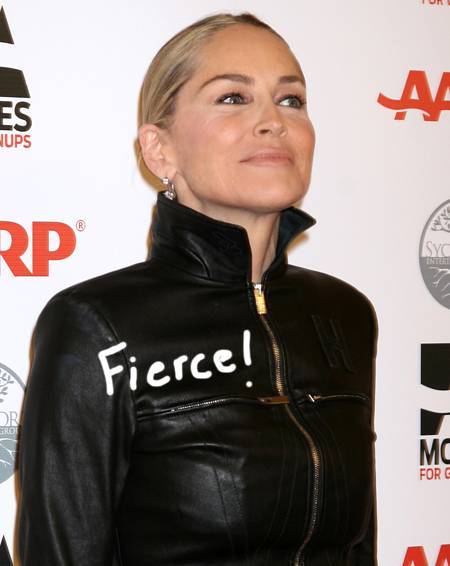 My personal style and public style are very different. When I go out, I play dress up.

Nobody took me too seriously but I was grown up even as a baby.

Peace does exist. It exists in your heart and soul.

When I'm with my friends' teenage children, I always say, 'Are your friends having sex yet?'

I'm not big on plastic surgery for me but I don't fault it for someone who wants it for them. You have to do what makes you feel good, but it's not my thing.

Some people work hard in this business and become really popular, really big stars but they never receive an award from within the business. Somehow, when your colleagues and friends believe in you to the point of handing you an award it means so much more.

Ava Gardner was the most beautiful woman in the world, and it's wonderful that she didn't cut up her face. She addressed aging by picking up her chin and receiving the light in a better way. And she looked like a woman. She never tried to look like a girl.

Before I was a year old I walked and talked and I was even potty trained. When I started going to school I think I got on everyone's nerves because I used to ask adult questions rather than settle for the stuff usually fed to kids.

I can go completely berserk with the makeup, depending on the event. I'm currently in this very mod stage. I wear false lashes and color on my eyelids. I'm really liking shiny eyelids in copper, rose, gold, or silver.

I certainly think Halle Berry's a wonderful role model. She's a terrific stepmother and has shown that in so many beautiful ways and has made such enormous strides for women culturally and such great successes as an actress and philanthropist.

I couldn't stop looking at the award when I received it. It was as if my whole career flashed in front of me, from beginning to the moment I was handed the Golden Globe.

I don't think you ever think that you have made it but I did take a look at myself one day and think back to when I was a little girl and it was nice to know that I had at least made it this far.

I have known for some time that I can meet any man I want but that does not mean that I want to meet anyone. I certainly don't like being forced into situations.

I thought it might be a good move to get into a beauty contest so I tried for Miss Pennsylvania and won. I think that helped me get noticed, at least by the people of Pennsylvania.

I tried for modelling work but it was a bit slow and that's when I took a part-time job at McDonalds. It gave me income while I was waiting for my big break and at the very least I could eat.

I was in Woody Allen's Stardust Memories in 1980. It was only a bit part and I didn't get to speak but I felt that I was in a real movie and heading where I had always wanted to be.

I was, like, forty at birth. When I wasn't even a year old, I spoke, I was potty trained, I walked and talked. That was it. Then I started school and drove everybody crazy because they realized I had popped out as an adult. I had adult questions and wanted adult answers.

It was not always easy because I was always an individual and found it difficult to be one of a group. One person who was very supportive was my father. My mother was great but my father really recognised my individuality and supported me in that.

Many actresses do that kind of shoot when they are in their early 20s but I didn't think I had anything to worry about so I decided to go for it. I was very pleased with the results and it was also nice to surprise a few people.

People are really emotionally affected by actors. And it's hard to know how to behave in a way that doesn't impose or withdraw. Because everybody wants your attention. Everywhere you go, you know?

The doctor told Phil, my then husband, that my condition was really bad news. They had found an artery tearing and said I could die. They said they could try to patch it up but it could go horribly wrong. It all turned out okay in the end but it was touch and go.

TV is so different from the movies. It takes a lot of stamina because you work such long hours. It is really challenging. You are learning the next day's lines while you are shooting today's scenes. I found courage I never realised I had. I hope to do more.

Much more quotes by Sharon Stone below the page.

Well, I think when we can turn to the person sitting next to us and really see them with kindness and see ourselves reflected back - when there's some dignity and compassion traveling back and forth.

I like to be bought flowers and taken out for dinner. I like a man to be a gentleman. I don't like to be treated as if I am brainless. I like to be respected and to give respect.

People don't change their behavior unless it makes a difference for them to do so.

It's my experience that you really can't lose when you try the truth.

A woman has many faces as she goes through her life. It's like we need more than one hair-do. We have many, many changes in the evolution of our lives. We have, we learn, and we grow; we view life differently, and life views us differently.

I think it's really important that the people who are going to make decisions for other people have fair, truthful and compassionate regard for all people, not just some people.

If you act like you know what you're going, you can do anything you want - except neurosurgery.

I drive with my knees. Otherwise, how can I put on my lipstick and talk on my phone?

You know, sometimes I feel well and vital in the world, and sometimes I just feel so distressed I want to pull my hair out by the roots.

I loved old black and white movies, especially the Fred Astaire and Ginger Rogers musicals. I loved everything about them - the songs, the music, the romance and the spectacle. They were real class and I knew that I wanted to be in that world.

To be happy, to make other people happy, to get into movie production more and probably to give some other people the chances that I had, to carry on enjoying being a mum and never to stop having flowers bought for me. I've still got a long way to go.

Any man in Hollywood will meet me if I want that. No, make that any man anywhere.

At first it was exhilarating but when I realized it wasn't going away, it became scary and claustrophobic. Fame is a weird thing.

I always thought I would adopt. Even when I was young, I used to look up how to adopt.

I am big into aromatherapy.

I did a guest appearance on The Practice and loved it.

I feel like war should occur only for the most vital and necessary reasons, and only then.

I knew what I wanted to do even when I was a little girl.

I like to drive with my knees. Otherwise, how can I put on my lipstick and talk on the phone?

I think we have to be not so afraid of scarcity. We have to be willing to give away all things.

Tags: Afraid, Away, Give

I understand what it's like to go to hospitals and there's no medicine, and the best thing you have to give the patients is compassion.

I was lucky to have my dad in my life. As crazy as things got, I always had him to put his hand on my shoulder.

I've had the same breasts for my entire adult life.

I've made humanitarian causes and my children much more my priority than the Hollywood scene, being liked and getting movie parts.