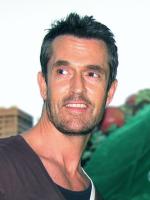 See the gallery for quotes by Rupert Everett. You can to use those 8 images of quotes as a desktop wallpapers. 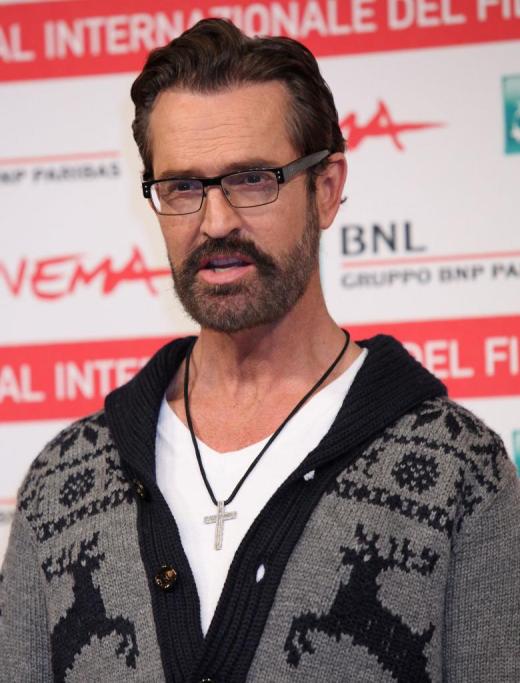 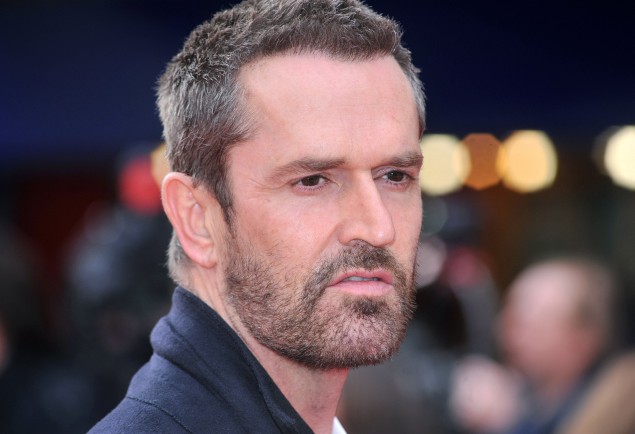 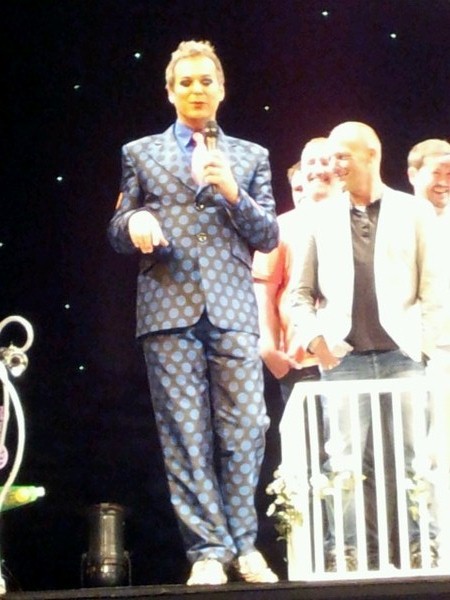 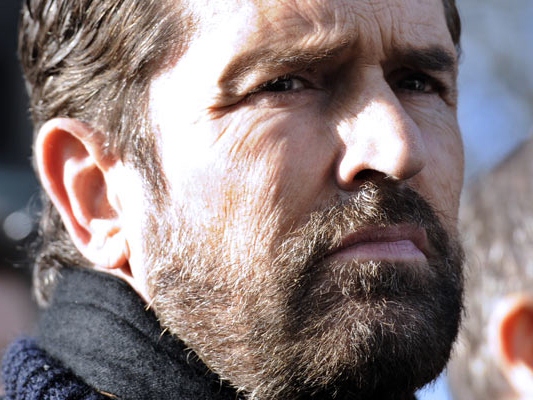 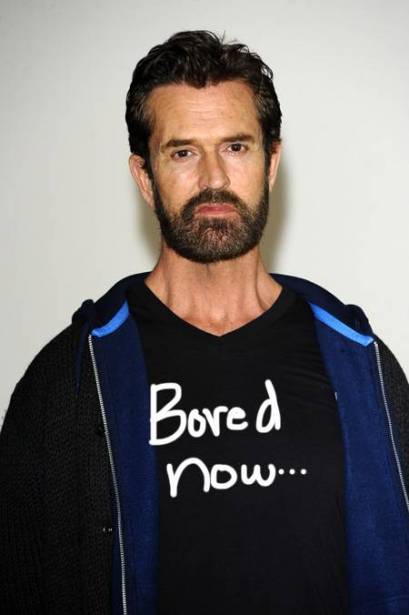 I've never been any good with authority.

If I did have the impulse to be a parent, I would adopt - or foster.

Listen, in England people are already writing their memoirs at the age of 23.

My grandfather was born in India and three generations of my family served there.

My idea of a holiday was following my family up the hill with my pekinese, who would skip over the heather in front of me.

Now what do you get in the Army? Bad helmets and Basra. Your guns don't work and everyone hates you when you come back.

There's still a tremendous amount of homophobia in our culture. It's regrettable, it's stupid, it's heartless, and it's immoral, but there it is.

These awful middle-class queens - which is what the gay movement has become - are so tiresome. It's all Abercrombie & Fitch and strollers.

Why are men talking about what clothes they're wearing? It's so unmanly, I think. It's like Versailles before the Revolution, without the style.

You cannot be politically correct in a war.

You're not allowed to be an eccentric in the world, you have to fit it.

Actors make bad lovers. Their most important kiss is for the camera. Not in a superficial way, in a really deep way. They can only give everything if they know someone is going to shout cut!

As a kid I would be put to bed when my parents had guests and because I was such a show-off I would go to my mum's room, put on her nightdress and Jackie Onassis shawl, run downstairs, go outside, ring the doorbell and pretend to be one of the guests. I'd say, 'Hello, I'm Mrs. So-and-So.'

I did a couple of films, I was very lucky at the beginning of my career... and then, I never had another job here for ten years probably and I moved to Europe.

I don't accept my business the way it is, to be honest. I don't like what it's become. I don't blame anyone for it becoming the way it has. It's got its own hideous natural progression, just like world events.

I don't want to be carried out of a club wearing a tie-dye T-shirt and a cap on the wrong way around when I am 70, but I would like to settle down a bit. Maybe with a partner.

I seem to have been everywhere in the last 30 years, maybe not in the epicenter but flying around the periphery of extraordinary events and equally extraordinary people.

I think we've been dulled by capitalism. We're just blobs now - we're so worried about how we can keep paying the lease on the car, the mortgage, the lease on the toaster and all that. You can't really think about much else. If you lose that, you lose the whole lot.

I'm a gay man who came from the last years of illegality. That focused my whole character. I think it focused everyone's character in a way. You saw yourself as outside of the main structure.

I'm not really a political animal but I am rather fascinated by the meltdown of England and America. In the end, it seems as if America might come out of it, but I'm not sure if England is ever going to recover.

If you're an actor, there's going to be a sense of fantasy about yourself, especially in the celebrity world we live in today. You give the illusion of being in control, sexy, at ease, with never a difficult moment. Those are the basic lies that all celebrities tell. For me, they're the more dangerous lies to come to terms with.

If you're gay or religious you're always hearing this word tolerance. It's a pathetic word. It's actually just a politically correct word for the term intolerance.

The whole point of being in the Army is wanting to get killed, wanting to test yourself to the limits. Now you have to fly 15,000ft above the war zone to avoid getting hit. I don't think there is any point in having wars if that's how you're going to behave. It's pathetic. All this whining!

There are lots of women and lots of men in the business that the powers that be decide are the right people and they'll stand with them for quite a long time.

Much more quotes by Rupert Everett below the page.

We now live in a world where the only thing to have is success, but failure is marvelous. It's fertiliser, it's like living fertiliser, because you're forced on yourself.

It's amazing the clarity that comes with psychotic jealousy.

The thing about lying is, it is quite exhausting - you have to remember a lot.

To be a soldier one needs that special gene, that extra something, that enables a person to jump into one on one combat, something, after all, that is unimaginable to most of us, as we are simply not brave enough.

Honestly, I would not advise any actor necessarily, if he was really thinking of his career, to come out.

I am at that age when you panic at the slightest thing.

There's still a great deal of bias about homosexuality.

Authority figures are so irritating. Because they always tell you to do things for reasons that aren't very good. That sums up what authority is about for me.

Being gay and being a woman has one big thing in common, which is that we both become invisible after the age of 42. Who wants a gay 50-year-old? No one, let me tell you.

A lot of straight actors are actively searching for gay roles because it is something different to do.

Being in Hollywood is like being in the Christian right these days.

I don't think I've ever tried to change anyone. I don't have the energy.

I don't think kids should have role models. They're disastrous.

I find there aren't that many options as an actor.

I loved looking at myself when I was very photogenic, at the very beginning of my career.

I smell of sweat. I don't like people smelling of all these weird things. I think deodorant is disgusting.

I think belief is like having the first Microsoft Windows - it's so rudimentary, in the human brainwork, it's so obviously a sham.

I think it's fun playing a part that lots of other people have played, in a way.

I think marriage is ghastly.

I was basically adventurous, I think I wanted to try everything.

I'm miserable: that's why I have such a bad back, because I'm endlessly stressing out about my career.

I'm not a great poetry fan.

I've been reduced to drag.