See the gallery for quotes by Skeet Ulrich. You can to use those 6 images of quotes as a desktop wallpapers. 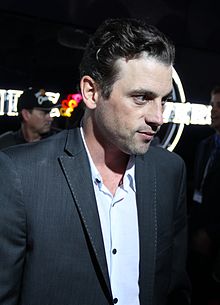 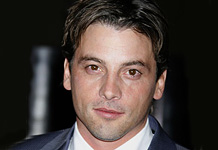 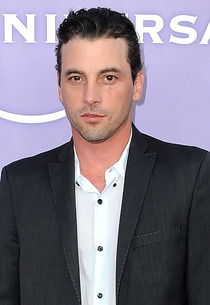 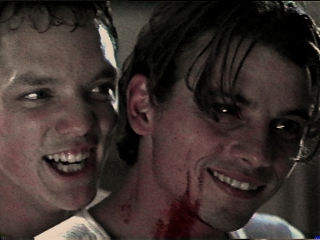 People said, That's great for your career, but what have you done? I kept feeling I had to defend myself.

The more you understand me, the less characters I can play.

The Native American side was tragic. It's just unbelievable what has happened to them.

The whole Indian thing, I always say it's really the American holocaust. It's something we need to look at.

There's been a boiling down of real emotion into a set pattern instead of individualism.

Whatever labels are being pinned on me have nothing to do with me.

Because of the need to remove all modernism, we stayed in the middle of nowhere all day long, living out of tents. It was cold. It definitely set the scene.

I think I'm extremely vulnerable and that in some ways I seek out rejection. Never feeling like you're getting that pat on the back from dad is probably at the heart of that.

I think when someone becomes an actor, people say, Aw, you could see it in him when he was little. But I think you can see that quality in every little kid.

Tags: Actor, Him, Someone

What's the classical moment that every actor or actress deals with? A tragic thing. They get that blank, faraway look in their eyes. But in life, it's not that way.

Any time I got in emotional turmoil, I felt sick all the time, like at any minute I would die.

There's a lot of reasons you can think of to say why you act, but I can only say that it just felt good. At the same time, it felt really painful. It's still troubling and stressful to me.

I feel like I want to crawl out of my skin, especially when people start questioning me.

I think people could justify labeling me if they saw a pattern in what I do, but right now that's impossible.

Ultimately, it's a pretty confusing moment.

Ambiguity in directors is a hard thing to deal with.

As a kid I used to pretend I was John Denver, of all people, and play the guitar and sing Take Me Home, Country Roads.

As an actor, you want to keep your demons to some extent, but you also have to exorcise them so you can use them instead of them using you.

Everybody else has been seen, been proven.

Tags: Else, Everybody, Seen

Much more quotes by Skeet Ulrich below the page.

I didn't even go to my prom. I didn't have one date in high school.

I don't use the techniques I learned at NYU much anymore.

I get to play a killer next.

I grew up in a small farming town called Concord, outside Charlotte in North Carolina.

I guess I'm a little charmed. I never thought this would happen so quick.

I had gone to school to study marine biology.

I scored a 910 on my SAT. I didn't care about education. I don't know what I cared about.

I think you have to refill the well at some point.

I was nicknamed Skeeter in Little League because I was small and fast, like a mosquito flying across the outfield.

I would take William H. Macy as a teacher any day of the week. He's incredible. He's got a lot of hard-earned experience.

I'm not the most talkative guy in the world.

In this business, you're either Brad Pitt right away, or you're already going down the ladder.

Tags: Away, Business, Either

Tags: Next, Opposite, Problem