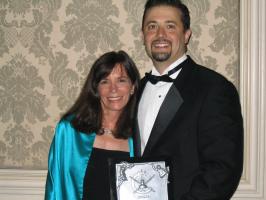 See the gallery for quotes by Stephan Pastis. You can to use those 8 images of quotes as a desktop wallpapers. 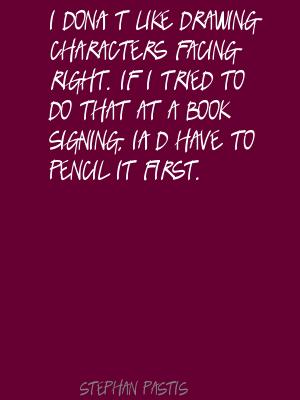 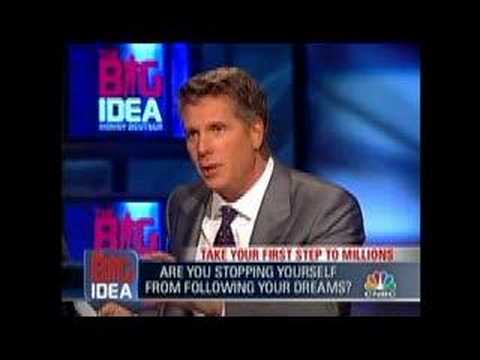 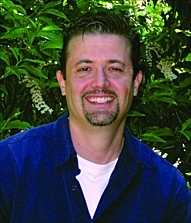 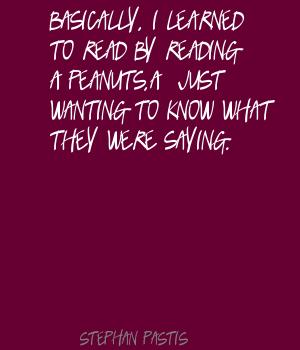 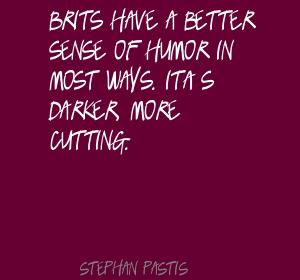 Basically, I learned to read by reading 'Peanuts,' just wanting to know what they were saying.

Brits have a better sense of humor in most ways. It's darker, more cutting.

I do what makes me laugh.

I don't like drawing characters facing right. If I tried to do that at a book signing, I'd have to pencil it first.

I want a career writing these novels that I can be proud of. And then I want one as a screenwriter.

If somebody is not on the same page with me humor wise, I can't give them that.

Repeats are the absolute soul-crushing killers of the comics page.

Sticking to my schedule, I've gotten over seven months ahead, which allowed me to write a 'Pearls Before Swine' movie script for the big screen.

We need more cartoonists to truly retire when they retire, and not run repeats.

You can write a little and can draw a little, but there's necessarily a limitation on both in a comic strip, since it appears in such a tiny space.

Tags: Both, Since, Write

I like characters like Ignatius Reilly in 'A Confederacy of Dunces' and Ricky Gervais's character in 'The Office.' They think one thing about themselves, but the truth is as far from that as it can be. So I began to think about how to put that kind of character in a book for kids.

I write for three or four hours and then hopefully I'll have something. Then I draw for the rest of the afternoon... I literally block out Wednesday-Thursday-Friday - I more or less disappear.

If you're from a certain generation, you basically learn to read with 'Peanuts.' It's sort of the template for the modern strip. Its influence ceased to be noticed because it's in everything.

Maybe the bar is low, but most of the strips that are 50, 60, 70 years old that are on their second or third generation of artists, the humor is pretty bland. There are others by people that were raised on 'Family Guy' or 'South Park' that are edgier. Mine's not as edgy as those, but it's edgier than 'Beetle Bailey.'

The wonderful thing about a book is that you have a canvas that is 300 pages wide, and it's all free space. You can make a piece of art as big as you want and whatever shape you want.

You can't just count on becoming a syndicated cartoonist. I actually tried to calculate the odds once, and the best I could come up with is a 1-in-36,000 chance. And the odds of getting hit by lightning are 1 in 7,900 - which kind of shows how long those odds are.