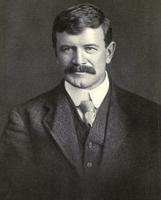 See the gallery for quotes by Stephen Leacock. You can to use those 8 images of quotes as a desktop wallpapers. 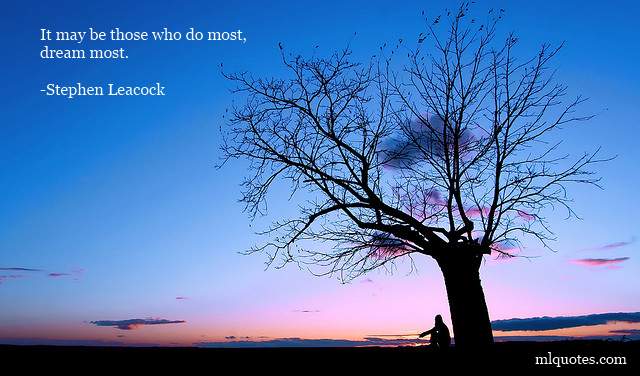 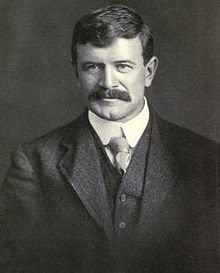 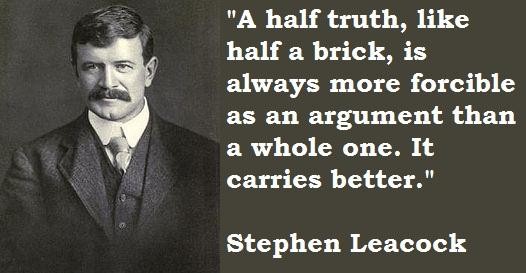 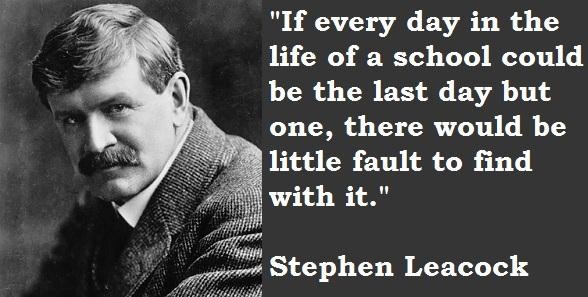 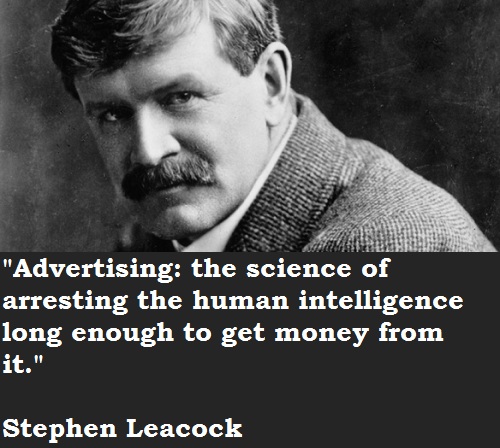 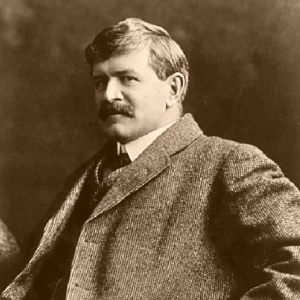 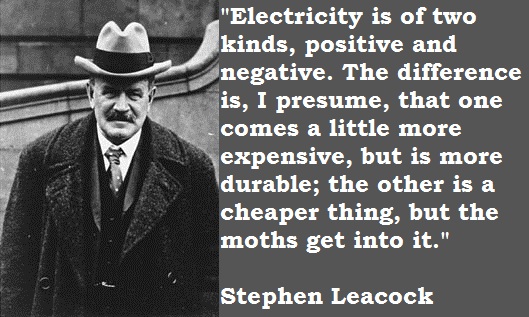 On the same bill and on the same side of it there should not be two charges for the same thing.

The landlady of a boarding-house is a parallelogram - that is, an oblong angular figure, which cannot be described, but which is equal to anything.

Writing is no trouble: you just jot down ideas as they occur to you. The jotting is simplicity itself - it is the occurring which is difficult.

We think of the noble object for which the professor appears tonight, we may be assured that the Lord will forgive any one who will laugh at the professor.

A half truth, like half a brick, is always more forcible as an argument than a whole one. It carries better.

Men are able to trust one another, knowing the exact degree of dishonesty they are entitled to expect.

I am a great believer in luck, and I find the harder I work the more I have of it.

I detest life-insurance agents: they always argue that I shall some day die, which is not so.

Golf may be played on Sunday, not being a game within the view of the law, but being a form of moral effort.

Advertising: the science of arresting the human intelligence long enough to get money from it.

Many a man in love with a dimple makes the mistake of marrying the whole girl.

Personally, I would sooner have written Alice in Wonderland than the whole Encyclopedia Britannica.

Life, we learn too late, is in the living, the tissue of every day and hour.

There are two things in ordinary conversation which ordinary people dislike - information and wit.

Tags: Himself, Horse, Off

The Lord said 'let there be wheat' and Saskatchewan was born.

Electricity is of two kinds, positive and negative. The difference is, I presume, that one comes a little more expensive, but is more durable; the other is a cheaper thing, but the moths get into it.

What we call creative work, ought not to be called work at all, because it isn't. I imagine that Thomas Edison never did a day's work in his last fifty years.

A sportsman is a man who every now and then, simply has to get out and kill something.

Astronomy teaches the correct use of the sun and the planets.

If every day in the life of a school could be the last day but one, there would be little fault to find with it.

In ancient times they had no statistics so they had to fall back on lies.

It is to be observed that 'angling' is the name given to fishing by people who can't fish.

It may be those who do most, dream most.

Much more quotes by Stephen Leacock below the page.

It takes a good deal of physical courage to ride a horse. This, however, I have. I get it at about forty cents a flask, and take it as required.

It's a lie, but Heaven will forgive you for it.

It's called political economy because it is has nothing to do with either politics or economy.

Now, the essence, the very spirit of Christmas is that we first make believe a thing is so, and lo, it presently turns out to be so.

If you create open technology that people can use, adapt and play with, it builds capability and they teach themselves.

In the developing world, people often use quite basic technology. Many of the most imaginative schemes are using what we'd count as old tech.

People may be prepared to buy services from Apple and Amazon if they feel these companies do a good job, but we need to ensure that we can speak up when our content is used by other people for their profit. An activist amateur culture will constantly challenge and say, 'This is mine, you're not doing that with it.'

You can go online now and find really thoughtful, in-depth, considered, well-informed communities around virtually any issue. If it's your issue, there are now new ways of mobilising knowledge that weren't there before. There are real bodies of significant knowledge on the web that are valuable that we haven't done nearly enough with.