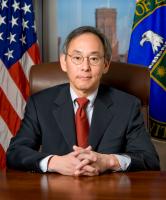 See the gallery for quotes by Steven Chu. You can to use those 8 images of quotes as a desktop wallpapers. 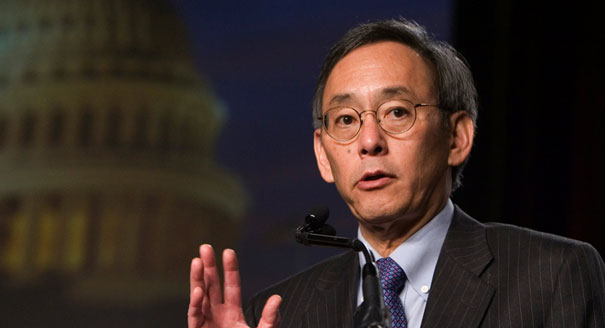 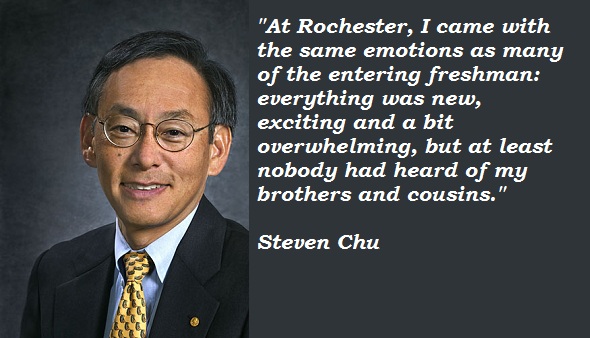 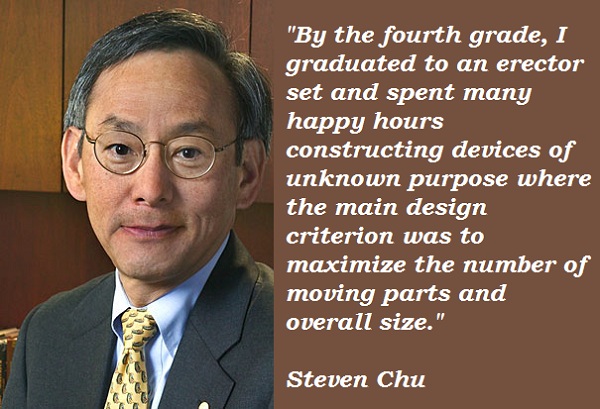 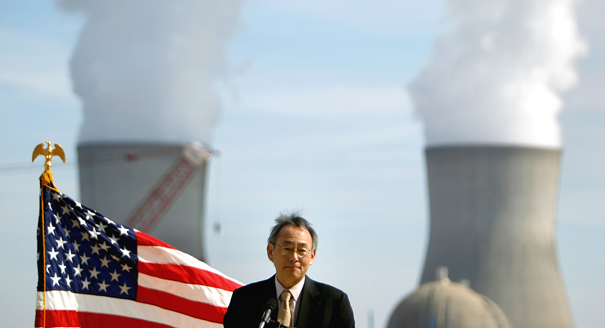 My physics teacher, Thomas Miner was particularly gifted. To this day, I remember how he introduced the subject of physics. He told us we were going to learn how to deal with very simple questions such as how a body falls due to the acceleration of gravity.

At Rochester, I came with the same emotions as many of the entering freshman: everything was new, exciting and a bit overwhelming, but at least nobody had heard of my brothers and cousins.

Education in my family was not merely emphasized, it was our raison d'etre.

Geometry was the first exciting course I remember.

I approached the bulk of my schoolwork as a chore rather than an intellectual adventure.

The atoms become like a moth, seeking out the region of higher laser intensity.

By the fourth grade, I graduated to an erector set and spent many happy hours constructing devices of unknown purpose where the main design criterion was to maximize the number of moving parts and overall size.

However, when my parents married in 1945, China was in turmoil and the possibility of returning grew increasingly remote, and they decided to begin their family in the United States.

I also developed an interest in sports, and played in informal games at a nearby school yard where the neighborhood children met to play touch football, baseball, basketball and occasionally, ice hockey.

I performed adequately at school, but in comparison to my older brother, who set the record for the highest cumulative average for our high school, my performance was decidedly mediocre.

I think the Caribbean countries face rising oceans and they face increase in the severity of hurricanes. This is something that is very, very scary to all of us. The island states in the world represent - I remember this number - one-half of 1 percent of the carbon emissions in the world. And they will - some of them will disappear.

Occasionally, I would focus on a particular school project and become obsessed with, what seemed to my mother, to be trivial details instead of apportioning the time I spent on school work in a more efficient way.

There were only two other Chinese families in this town of 25,000, but to our parents, the determining factor was the quality of the public school system. 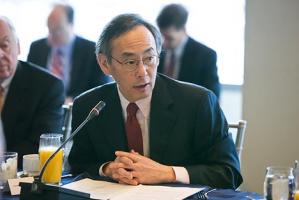 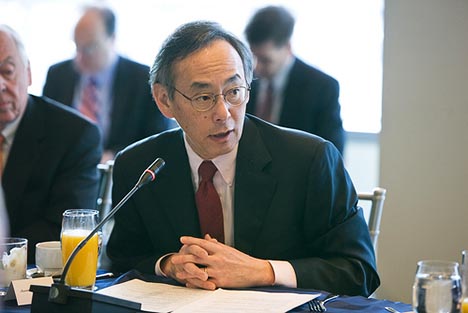