See the gallery for quotes by W. Averell Harriman. You can to use those 7 images of quotes as a desktop wallpapers. 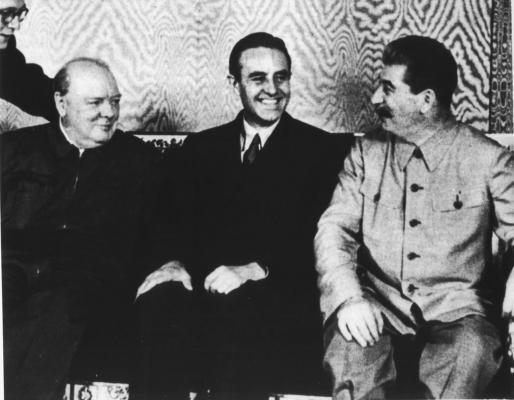 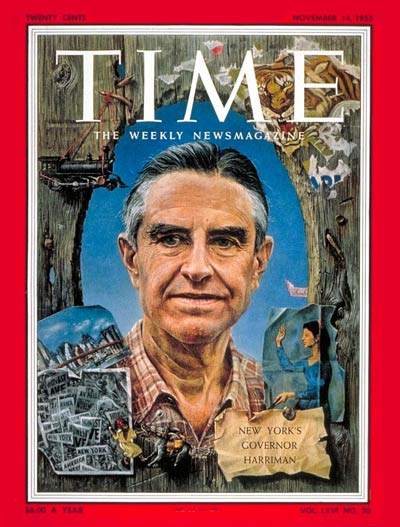 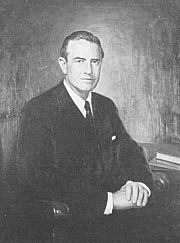 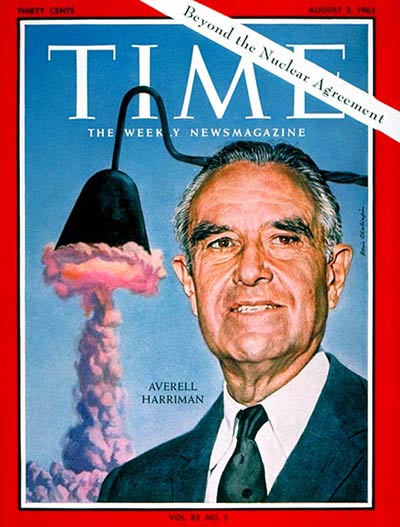 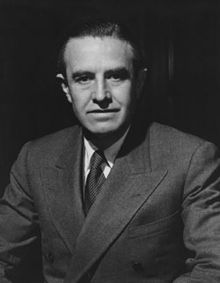 We both agreed that Stalin was determined to hold out against the Germans. He told us he'd never let them get to Moscow. But if he was wrong, they'd go back to the Urals and fight. They'd never surrender.

Americans wanted to settle all our difficulties with Russia and then go to the movies and drink Coke.

Conferences at the top level are always courteous. Name-calling is left to the foreign ministers.

There's a myth that Roosevelt gave Stalin Eastern Europe. I was with Roosevelt every day at Yalta.

Actually I'd had a certain amount of experience in Europe in the inter-war period, as a banker, and I was also a member of the Board of Directors of the International Chamber of Commerce.

As far as the Russians were concerned, I felt the reverse; they had adequate gold, if they wanted to buy, and they weren't dependent upon international trade. I felt they were more self-sufficient.

How could you justify giving Holland twice the amount of money that you gave Belgium? Well, finally, I put it up to them. They said that they couldn't do it; it would destroy them. I said they had to do it. And I finally got support from Hoffman on it.

I think there are telegrams that may or may not be available, which indicated that I very much had in mind the need to give Europe substantial aid after the war, after Lend-Lease was over.

It was fear. He didn't want to see a united Germany. Stalin made it clear to me - I spoke with him many times - that they couldn't afford to let Germany build up again. They'd been invaded twice, and he wasn't willing to have it happen again.

Much of the aid we first gave to Russia we took away from what we promised Britain. So in a sense, Britain participated in a very real way in the recovery of Russia.

Poland, of course, was the key country. I remember Stalin telling me that the plains of Poland were the invasion route of Europe to Russia and always had been, and therefore he had to control Poland.

Roosevelt was determined to stop Stalin from taking over Eastern Europe. He thought they finally had an agreement on Poland. Before Roosevelt died, he realized that Stalin had broken his agreement.

Roosevelt was the one who had the vision to change our policy from isolationism to world leadership. That was a terrific revolution. Our country's never been the same since.

The biggest trade that Germany and Britain had was with each other, in the prewar period; I think I'm right in that. Two highly industrialized nations had the most trade with each other, and it wasn't tariff policies alone that made trade relations better for both of them.

The Russians obtained a number of plants under Lend-Lease, which had been authorized by Washington, that I thought were not justified for their war effort. They wanted them for postwar use.

This was the period when I used all the influence I had to get the British to abandon their export trade, and as much as possible convert all of their manufacturing facilities to the immediate needs of the war, including civilian, as well as military requirements.

We became convinced that, regardless of Stalin's awful brutality and his reign of terror, he was a great war leader. Without Stalin, they never would have held.

We were talking about really getting Europe on its feet. It was our hope that there would be a breakdown of trade barriers in Europe first, and then eventually a breakdown internationally, which would help increase trade with Europe.

Much more quotes by W. Averell Harriman below the page.

Yet the whole preamble of the second authorization act for the Marshall Plan showed the direction Congress was ready to take about breaking down barriers within Europe.