See the gallery for quotes by Christina Romer. You can to use those 8 images of quotes as a desktop wallpapers. 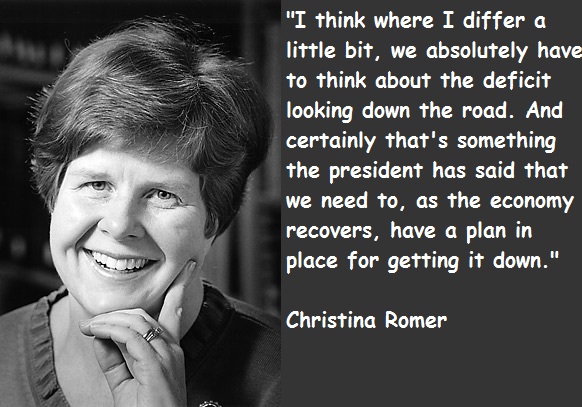 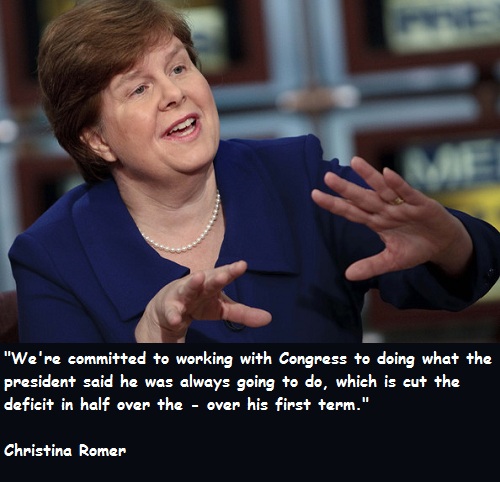 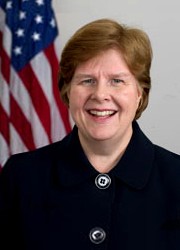 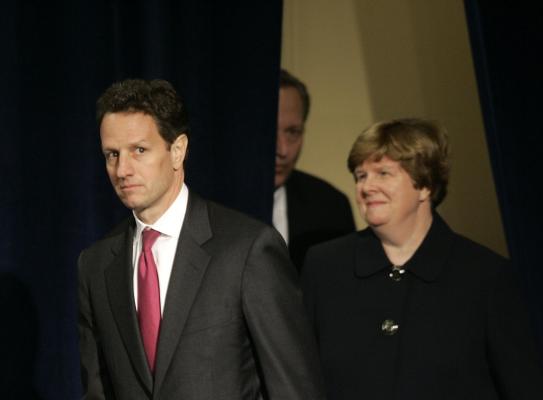 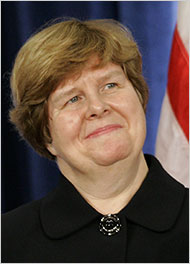 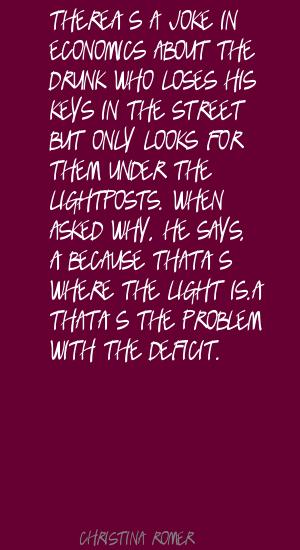 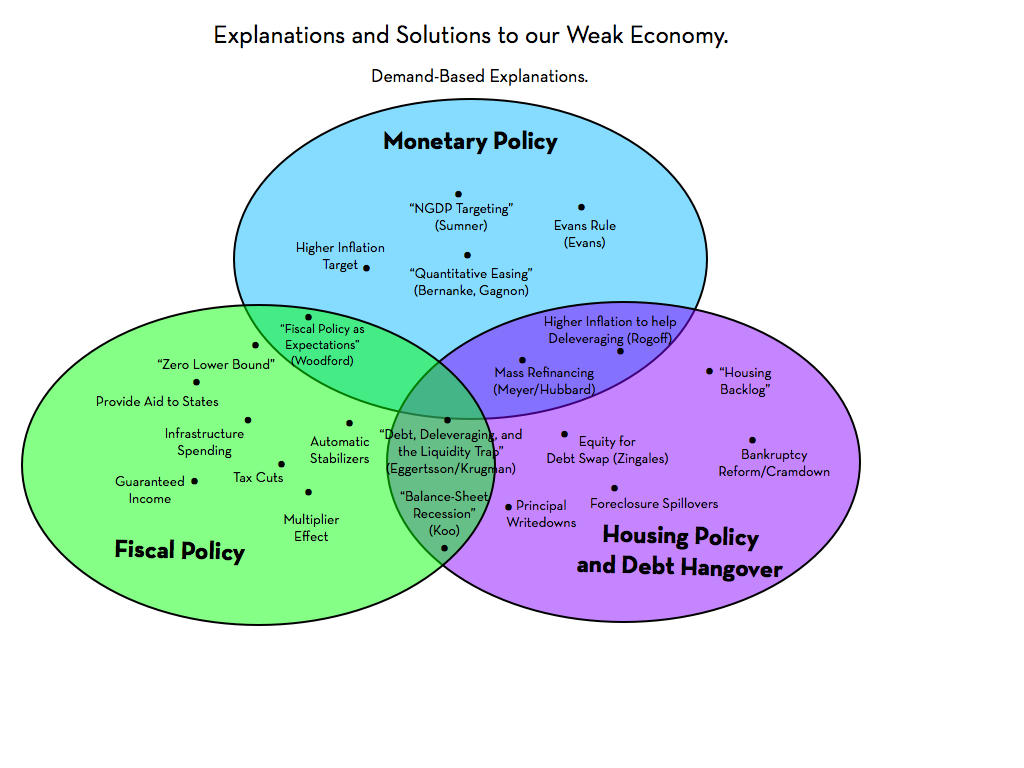 A natural way that an economist approaches a problem is to say, here's where I think the economy is going; this is what we need to deal with the problem.

A successful argument for a government manufacturing policy has to go beyond the feeling that it's better to produce 'real things' than services. American consumers value health care and haircuts as much as washing machines and hair dryers.

As a former member of President Obama's economic team, I have a soft spot for the fiscal stimulus legislation he signed just a month after his inauguration.

As an economic historian, I appreciate what manufacturing has contributed to the United States. It was the engine of growth that allowed us to win two world wars and provided millions of families with a ticket to the middle class. But public policy needs to go beyond sentiment and history.

Climate change and dependence on foreign oil are problems that won't go away on their own. Tabling plans to deal with them doesn't make it easier for companies to plan and invest; it makes it harder.

Cold-turkey deficit reduction would cause a significant recession. A recent analysis by the Congressional Budget Office estimated that going headlong over the cliff would cause our gross domestic product, which has been growing at an annual rate of around 2 percent, to fall at a rate of 2.9 percent in the first half of 2013.

Much more quotes by Christina Romer below the page.

Honest talk about the deficit is risky. Voters are more enthusiastic about the abstract notion of deficit reduction than about the painful details of accomplishing it.

I think where I differ a little bit, we absolutely have to think about the deficit looking down the road. And certainly that's something the president has said that we need to, as the economy recovers, have a plan in place for getting it down.

If every other store in town is paying workers $9 an hour, one offering $8 will find it hard to hire anyone - perhaps not when unemployment is high, but certainly in normal times. Robust competition is a powerful force helping to ensure that workers are paid what they contribute to their employers' bottom lines.

If increasing income equality is the goal, it might be wiser to put money into infrastructure than to subsidize manufacturing. Construction also pays good wages, but with lower educational requirements. And America's infrastructure needs are enormous.

If you think about it, candidate Obama, Sen. Obama, was running on sort of long-run economic issues, like restoring prosperity to the middle class, dealing with the perennial problem of health care in the United States. He talked a lot about the budget deficit, about the need to transition to clean energy.

In the four decades after World War II, manufacturing jobs paid more than other jobs for given skills. But that is much less true today. Increased international competition has forced American manufacturers to reduce costs. As a result, the pay premium for low-skilled workers in manufacturing is smaller than it once was.

Many of my students assume that government protection is the only thing ensuring decent wages for most American workers. But basic economics shows that competition between employers for workers can be very effective at preventing businesses from misbehaving.

Tags: Based, Fairness, Getting

Our estimates suggest that a tax increase of 1 percent of GDP reduces output over the next three years by nearly 3 percent. The effect is highly significant.

President Obama has repeatedly urged Congress to let the Bush tax cuts expire for those earning more than $250,000 a year. Increasing rates on top earners is an obvious way to raise revenue from those who can afford it most.

Raising the minimum wage, as President Obama proposed in his State of the Union address, tends to be more popular with the general public than with economists.

Recent research suggests that New Deal programs may actually have had their primary impact on the economy by influencing consumer and business expectations of future growth and inflation.