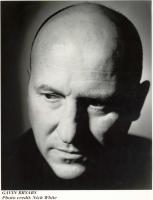 See the gallery for quotes by Gavin Bryars. You can to use those 6 images of quotes as a desktop wallpapers. 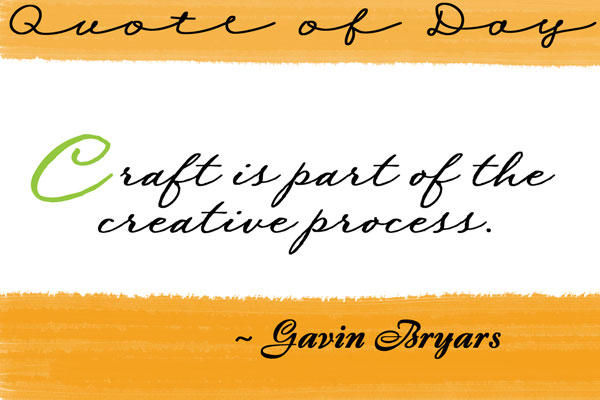 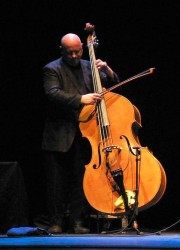 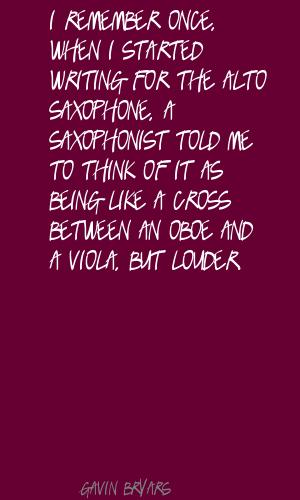 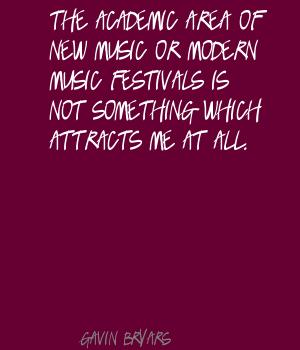 Craft is part of the creative process.

I am writing something which I find satisfying and which I am prepared to put my name to as a composer.

I currently spend a lot of time thinking about orchestration and every detail of a piece.

I work very fast, keeping the ideas flowing but making sure they come out the way I intended.

Music history has flowed under the bridges for many years.

One thing I'm doing on the new Titanic recording is actually bringing in different acoustic spaces.

Over the years I have tried to develop something which is technically assured.

People like Arvo Part would not have been taken seriously 20 years ago.

Similarly you can make a transition from one set of instruments to another imperceptibly.

Still, American composers working in France have had a pretty hard time.

There's another way of making music, by touching the lives and feelings of ordinary people.

What was once underground is now coming to the surface.

As I had collaborated with visual artists before whether on installations, on performance pieces, in the context of theatre works and as I had taught for a time in art colleges the idea of writing music in response to painting was not alien.

I have friends who have a CD mastering plant in Hollywood and they are very sceptical about European record labels' understanding of digital technology.

I remember once, when I started writing for the alto saxophone, a saxophonist told me to think of it as being like a cross between an oboe and a viola, but louder.

It makes sense to invest in new work. It's almost like having a research department in a scientific laboratory. You have to try things out. You'll make some bad mistakes. Some things will fail but at least you'll energise the organisation.

Much more quotes by Gavin Bryars below the page.

It's rather like attending a university seminar where you are talking to a few gifted specialists who deliver a paper to an audience of their peers. That's one way of making music.

Like an apparently strict musical form it breaks the five minute whole into its structural parts - a descriptive preamble, the action of taking the cards, the development of the cards' manipulation and the revelation of what has been achieved.

Somehow in the 20th Century an idea has developed that music is an activity or skill which is not comprehensible to the man in the street. This is an arrogant assertion and not necessarily a true one.

The project which we developed, however, was for a sound piece and I was initially curious that a sculptor should be interested in working with a musician, especially on a project for radio.

When Philip Glass asked me if I would be interested in doing a new recording of Jesus' Blood he assumed that I would do something similar to the first version and wanted to know what other pieces would be on the same CD.

Patriotism consists not in waving the flag, but in striving that our country shall be righteous as well as strong.

The worth of a book is to be measured by what you can carry away from it.

Tags: Away, Book, Worth

Medicine, the only profession that labors incessantly to destroy the reason for its existence.

Our country is not the only thing to which we owe our allegiance. It is also owed to justice and to humanity.

Three-fourths of the mistakes a man makes are made because he does not really know what he thinks he knows.