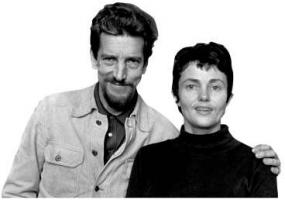 See the gallery for quotes by Maj Sjowall. You can to use those 8 images of quotes as a desktop wallpapers. 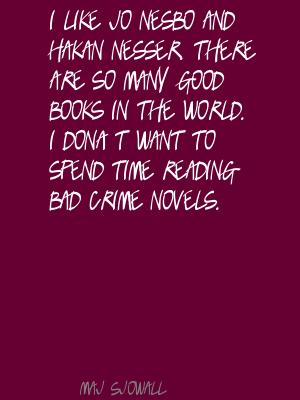 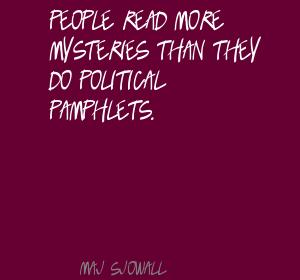 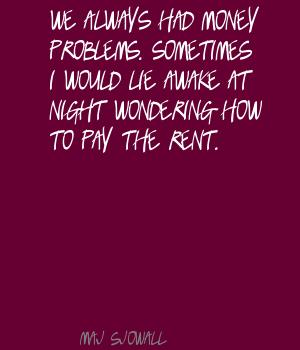 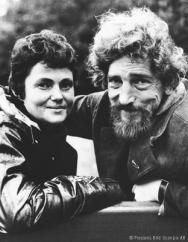 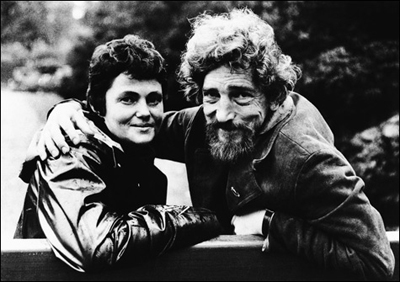 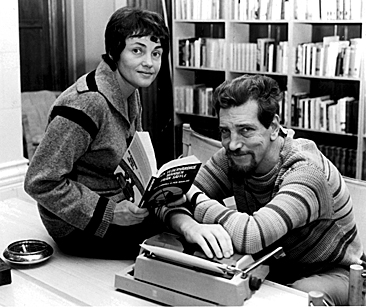 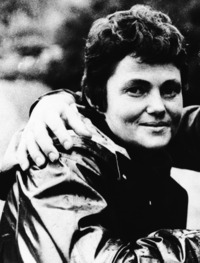 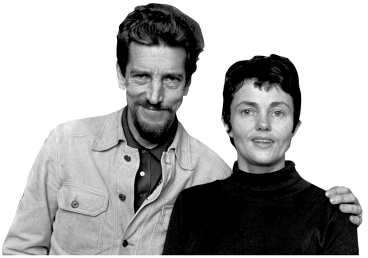 I like Jo Nesbo and Hakan Nesser. There are so many good books in the world. I don't want to spend time reading bad crime novels.

People read more mysteries than they do political pamphlets.

We always had money problems. Sometimes I would lie awake at night wondering how to pay the rent.

When I was 11, I realised that I did not have to live the life my mother had: school, marriage, children, apartment, summer house.

Sweden is a small country, and a Swedish writer can barely make a living as an author. We were able to quit our jobs as journalists only after we had been translated into, among others, German.

There were many films made for both cinema and television, and in general I don't connect them very much with our books. I have one favorite: 'The Man on the Roof' by director Bo Widerberg, which was based on 'The Abominable Man.'

We wanted to describe society from our Left point of view. Per had written political books, but they'd only sold 300 copies. We realised that people read crime and through the stories we could show the reader that under the official image of welfare-state Sweden there was another layer of poverty, criminality and brutality.

You get tough when you grow up unloved. People described me as a boyish girl - rather shy, but I didn't show it. I had an attitude. I was rather wild. I lied a lot because I knew the alternative was to be punished. As I got older I realised I didn't have to lie any more and it was a nice feeling. I could be myself.

It is the fool who thinks he cannot be fooled.

Any deviation is looked upon as a perversion, is feared, and is usually a target of hatred and prejudice.

I learned more complex ways to manipulate the manipulators, to bring attention to issues about which I felt passionate.

Any journalist worth his or her salt wouldn't trust me.

Tags: Her, Trust, Worth

But I learned first-hand how the news media operates by watching how they interpreted, changed, and misrepresented my intentions.

But my favorite work is always my next piece.

I've always been a fine artist.

If I'm successful in fooling a wire service, I don't really have to do anything else to promote the story.

It would make life much easier if I could have total faith and not question everything all the time, but I can't do it and I won't do it.

Most reporters who come to me get their stories directly from press releases. Very few do what one would consider to be their professional duty.

The media's job is to question a premise.

We function in a pack mentality. This is our tribe. And this is how we are exploited - sold a bill of goods and a household of products.

When I create a false reality, I always try to create a plausible structure to help convince people.

My challenge as a satirical artist is how to present ideas to people to enable them to question and reexamine their beliefs. My hope is, that my work provokes people to look at things in a new way.