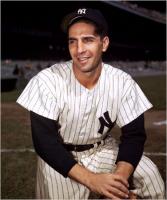 See the gallery for quotes by Phil Rizzuto. You can to use those 7 images of quotes as a desktop wallpapers. 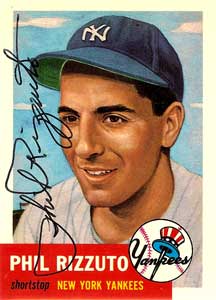 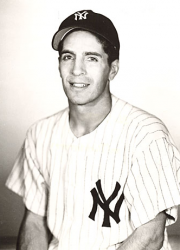 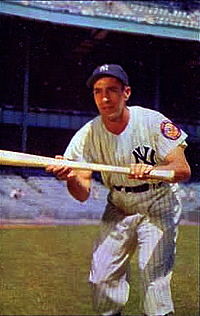 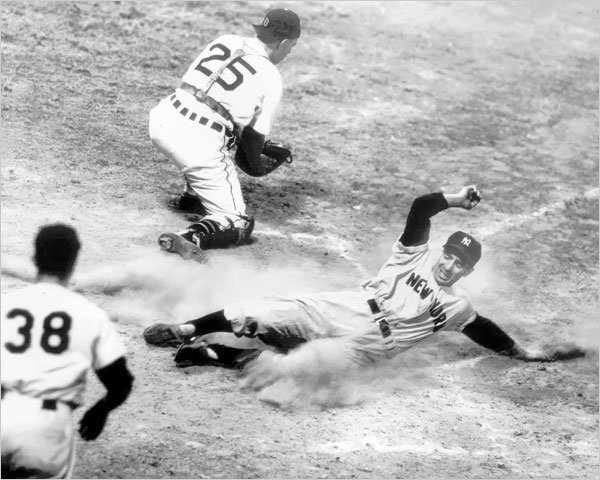 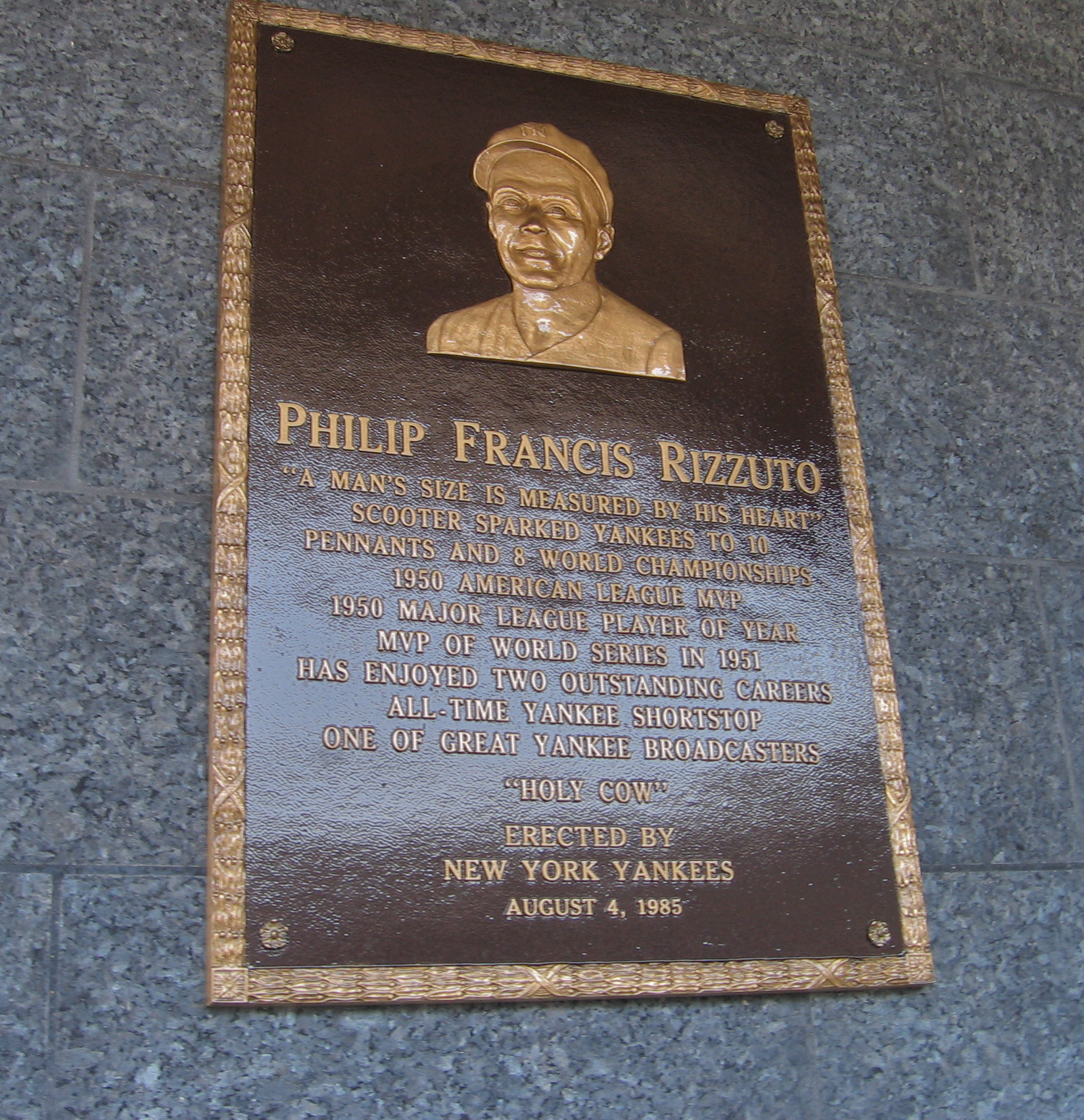 I like radio better than television because if you make a mistake on radio, they don't know. You can make up anything on the radio.

I'll take anyway to get into the Hall of Fame. If they want a batboy, I'll go in as a batboy.

They've got so many Latin players we're going to have to get a Latin instructor up here.

Actresses are mental on the whole. But I think I'm pretty normal.

Be positive and laugh at everything.

Hairpieces are brilliant for adding volume.

I love all reality TV - Strictly, 'The X Factor.' I really don't see why people are so snobby about it.

I love leaving the house in a new outfit; I don't feel the pressure at all.

I love vintage, but it's so expensive now.

I think the most important thing is to have fun, and not to take things too seriously. Once you start doing that, then you'll start to crumble.

I think you should just wear something you feel comfortable in. It's important to make a statement, but don't kill yourself over it.

I went to stage school with a neighbor to build confidence because I was quite shy.

It's important to make a statement, but don't kill yourself over it. You have to make an effort, but not go overboard.

My ambition is to become one of those actresses that is like a chameleon that you don't recognize.

Nobody puts Roach in the corner.

That's where my passion was ignited, on the set of 'Pobol Y Cwm.' I loved it and I've had such a passion for TV and films. I can't do anything else.

I had to live and breathe Margaret Thatcher for a few months. I totally engulfed myself in her life. I read her autobiography and a biography, 'The Grocer's Daughter.'

When I'm shooting, really the audience I'm thinking the hardest about is that first test screening audience who I want to like the film and that first opening weekend audience.

You could get in rehearsals, pre-production, anything that would actually contribute to the understanding of how a film gets made. I actually find those things increase people's interest in a movie and like that better than worrying about showing the tricks behind the curtain.

I think we'll all keep pushing each other, which is a great thing.

Much more quotes by Phil Rizzuto below the page.

I'm developing some other things in other genres, including one dramatic piece. So, anything's possible.

As long as we, again, kind of keep earning the sequels with material and I'm confident Mike can, I'm in. You know I always want to do those. But I also want to keep going in some of the direction as Meet the Parents has.

Because I actually find the next take after they've controlled it a little bit and repressed the laughter is actually a really interesting take, because that's still going on underneath the surface. That struggle to maintain composure becomes part of the joy of the scene.

But I always reassure them that as far as my contractual rights can go, I will protect them and make sure that they have approval over every bit of it so that they know I won't show something that's embarrassing.

But I couldn't cut that whole septic tank scene out because the audience liked it so much. So I sort of fell right back into getting a cheap laugh, but I still loved it.

I do love DVD and I've always taken them seriously. You know, on the Austin things, we really put a ton of work into them because there's so much design involved. And in this one, we thought a lot about it and what could go in.

I figure if it's turns out well the film will have its own momentum and will carry into the video release. So it's hard to really picture the DVD version when I'm in production.

I hope we're all kind of influencing each other now to keep the quality up on those things. They seem to be getting better and better and better as there's not only sort of a film geek audience, there's also a general interest in the overall film consuming population.

I learn so much from watching films like that with commentary and then when you get to hear another filmmaker talk about their films it's a really great experience.

I love making people laugh. It's an addiction and it's probably dysfunctional, but I am addicted to it and there's no greater pleasure for me than sitting in a theater and feeling a lot of people losing control of themselves.

I really enjoy the consolation when I'm having to cut loose stuff I love, of saying 'Well, at least it will make it onto DVD.' There's a couple of scenes which I liked very much, but couldn't fit them into the film that are on there.

I'm not one of these directors, so far, that wants to have a whole separate director's cut of these things. So far they've turned out to be kind of the length that they wanted to be.

It was an interesting process trying to get Bob to talk about the film because he's such a shy person. He generally likes to talk when he really knows he has something to say.

My biggest role as director on the film is keeping a sense of the overview - how to cast the movie and shoot it in such a way that it will cut together. And how to design the style and tone.

My favorite laser disk ever was the laser disk for The Graduate, which had a commentary track that wasn't even the filmmakers, it was a professor, some film criticism guy who just happen to be this amazing commentator who went off into the whole theory of comedy.

On the other track I got to talk with Jon Poll, my editor, and we go into more detail about the decisions we made in both the production and the post-production. So I hope the combination becomes something worth collecting.

Sometimes I would like the opportunity to do character-driven comedy and that's really what I was trying to do in Meet The Parents. I think in a way this is a more old fashioned type of comedy.

The commentary track became a lot like the movie and there are some funny, long, awkward pauses that you can tell we're just trying to find stuff to say. None of us had gotten to really talk about the movie until that moment and they were in New York and we were in L.A.

The DVD does make it a little easier for myself to trim things that are otherwise very difficult to let loose of - knowing that they'll make it on the DVD.

The success of the second 'Austin Powers' caught us by surprise a little bit. We had decided not to do even a second one, unless the audience wanted it and we could do something better.

We collaborate on everything. I'm involved in the writing and pre-production. There's a whole bunch of people who keep in touch at every step about everything.

We had to do the same thing here. To top that sequel was quite a task. Mike had a couple of good conceptual humour and character ideas, which got me back into it.