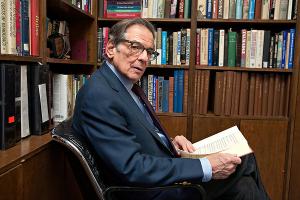 See the gallery for quotes by Robert Caro. You can to use those 8 images of quotes as a desktop wallpapers. 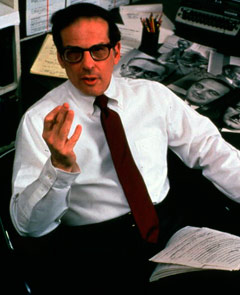 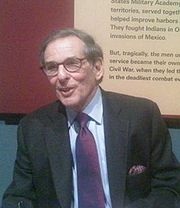 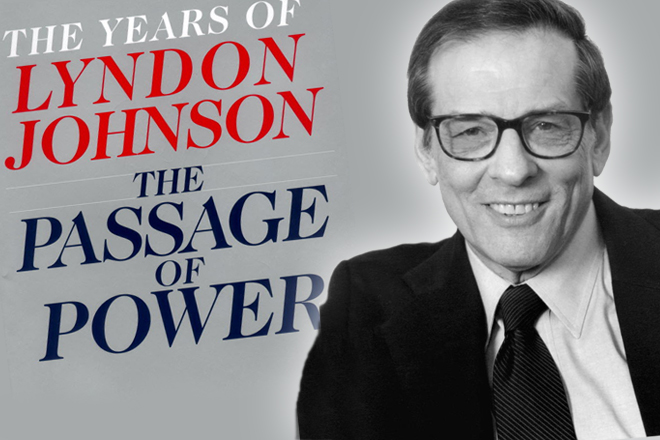 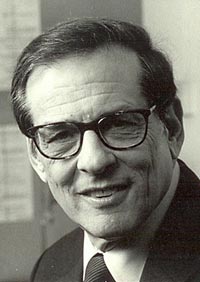 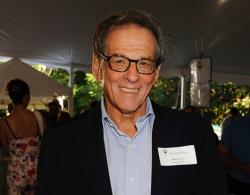 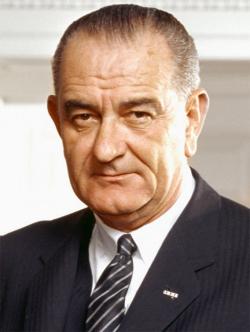 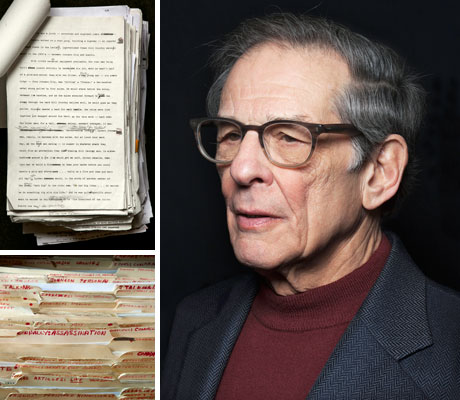 What would be the good of rushing? You want these books to last.

You can use a biography to examine political power, but only if you pick the right guy.

You come in off the street, through the doors of the theater. You sit down. The lights go down and the curtain goes up. And you're in another world.

Tags: Another, Goes, Off

You know, we're taught that in a democracy power comes from being elected.

Everything seems to be going faster and faster. It's really harder to create something that endures. The New York City Ballet has succeeded in doing that.

I am trying to make clear through my writing something which I believe: that biography- history in general- can be literature in the deepest and highest sense of that term.

I don't think of my books as being biographies. I never had any interest in doing a book just to write the life of a great man. I had zero interest in that. My interest is in power. How power works.

I like new ballets because they're totally new. As you get older, new experiences are harder and harder to come by, so it's pretty great to have a new experience.

I never wanted to do biography just to tell the life of a famous man. I always wanted to use the life of a man to examine political power, because democracy shapes our lives.

I sometimes feel that if your book sells more than 20 years, then there's something in it that you can say, gee, I did something that endures, that's timeless.

I used to work very long hours. Then I started to realize that the stuff that I was writing in the late afternoons, I was generally throwing out. So I quit earlier than I used to.

I was trying to learn about Lyndon Johnson when he was young and creating his first political machine in the Texas hill country. I moved there for three years. You had to learn that world.

If it's coming near the end of a chapter and I'm really getting into it, I tend to get up earlier and earlier, just because I'm excited to get to work.

If you really want to show power in its larger aspects, you need to show the effects on the powerless, for good or ill - the human cost of public works. That's what I try to do, show not only how power works but its effect on people.

It's very easy to fool yourself that you're working, you know, when you're really not working very hard. I mean, I'm very lazy. So for me, I would always have an excuse, you know, to go - quit early, go to a museum, you know. So I do everything I can to make myself remember this is a job. I keep a schedule.

Long Island is shaped the way it is largely because of Robert Moses. Long Island is a perfect example of how political power shapes people's lives every day.

Most Sundays, with the exception of football Sundays, I work, because I don't take days off as long as I'm working on something that's supposed to be all in the same mood.

Now, for this book I had to learn the world of the Senate, which is really for all that's written about the Senate, an unknowing world and its mores, and the way things work with subcommittees and all. I loved learning about that.

Robert Moses wasn't elected to anything. We're taught that in a democracy power comes from being elected. He had more power than anyone, and he held it for 48 years.

The New York City Ballet is obviously speaking to a whole new generation and bringing it the same wonder and beauty that it brought previous generations.

There used to be this feeling under Eisenhower and Kennedy and Roosevelt and Truman that government was a solution. Trust in the presidency fell precipitously under Johnson - real lows. And it's never come back. It's a trend that, if you're liberal, is really discouraging.

Whenever I go to work I wear a jacket and a tie, because I'm inherently quite lazy, and my books take so long to do, and my publishers don't bug me, so it's so easy to fool yourself into thinking you're working harder than you really are.

You know, my first three or four drafts, you can see, are on legal pads in long hand. And then I go to a typewriter, and I know everybody's switching to a computer. And I'm sort of laughed at.

We're taught Lord Acton's axiom: all power corrupts, absolute power corrupts absolutely. I believed that when I started these books, but I don't believe it's always true any more. Power doesn't always corrupt. Power can cleanse. What I believe is always true about power is that power always reveals.

Much more quotes by Robert Caro below the page.

Ballet is sort of a mystery to me. And I don't want to unravel that mystery.

The right of a minority is so important in a democracy.

In a democracy, supposedly we hold power by what we do at the ballot box, so therefore the more we know about political power the better our choices should be and the better, in theory, our democracy should be.

The moment the curtain rose on that first ballet, I knew something wonderful and new had come into my life. I can still see the first scene. The ballet was Divertimento No. 15.

As you get older, you sometimes feel that it's harder and harder to get something new and wonderful to come into your life.

Every president has to live with the result of what Lyndon Johnson did with Vietnam, when he lost the trust of the American people in the presidency.

I deliberately made an effort not to become an expert on the ballet.

I finish what I have to do in the office.

I never went to a ballet until I was 45 years old. I don't know why.

Tags: Old, Until, Why

I really wanted there to be something in my life that I enjoy just for the beauty of it.

I think President Obama has done more than he is given credit for.

I trained myself to be organized.

I try to have a mood or a rhythm for a chapter.

If things are going well, if the writing's coming along, I jump out of bed happy. And if the previous day has been bad, I get out of bed disgruntled.

Lyndon Johnson, as majority leader of the United States Senate, he made the Senate work.

My predictions are notably inaccurate.

Nobody believes this, but I write very fast.

Someday a political genius will come along and make the Senate work.

Sometimes during a ballet I'll look around and see all these rows of intent faces, concentrating on this beautiful thing up on the stage.

The ballet embodies the notes of music. And sometimes you almost feel like you can see the notes dance up there on the stage.

The Senate is an unknowing world.

There's a real feeling when you know you're getting it right. It's a physical feeling.