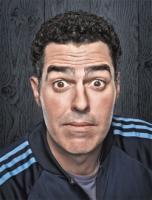 See the gallery for quotes by Adam Carolla. You can to use those 8 images of quotes as a desktop wallpapers. 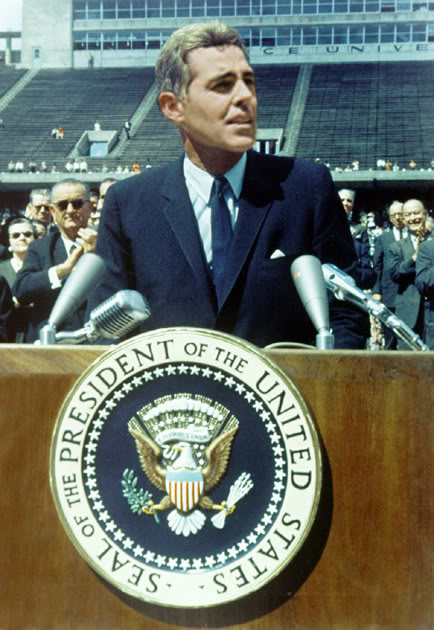 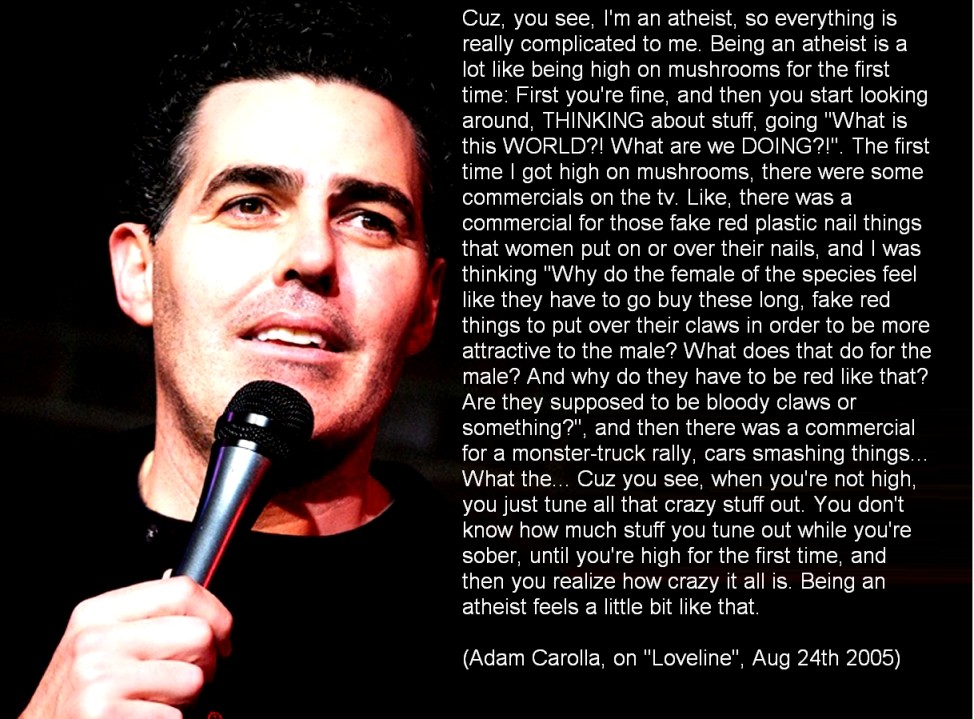 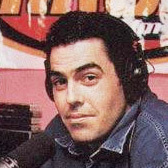 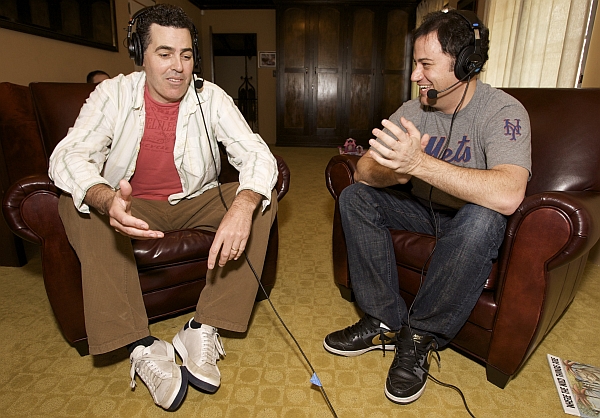 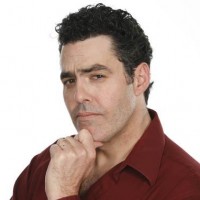 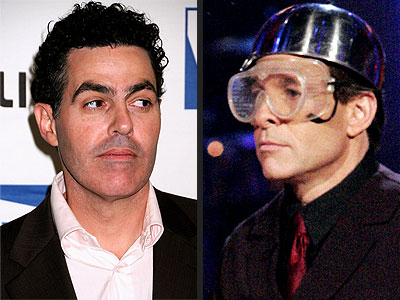 I think people have a strong desire to push me and others into some sort of political box that they can wrap their minds around.

I was a horrible student.

I'd never hurt another person.

I'm a comedian, not a politician.

I'm a doofus from the Valley, a blue-collar guy.

I'm a sort of nuts-and-bolts guy. I'm into turning wrenches and swinging a hammer and wrenching on cars.

I'm like John Q. Public. I represent what every guy wants and needs.

I've got a great eye for color. I'm like a chick.

If the media isn't slanted toward the Left, why is everyone so worried about my affiliation with Glenn Beck but not with Alec Baldwin?

Tags: Everyone, Left, Why

If women built the bridges or were meant to build the bridges, then they would have done it.

If you're conservative in Hollywood, you're on a list of people who need to be put in their place.

It's funny when you're a kid how you can acclimate to almost anything.

Maybe I'm delusional but I'm usually funny. It's not 100% but I have a pretty good batting average.

Of course on air I use occasional hyperbole to tell a story.

People look at me, and they go, 'You're white, you're smart, you must have went to college. You must have grown up with money.'

The main thing that I learned from my horrible job experiences was how horrible they were.

The reason I hate publicists is because I think if we got rid of them everything would be on equal footing.

The thing about a good podcast is you have to have a good host. If you don't have a compelling host then you have nothing.

The very definition of 'beauty' is outside.

Much more quotes by Adam Carolla below the page.

There are certain things women are better at than men.

Well, the post office is probably not the place you want to go if you want to be infused with patriotism and a renewed sense of vigor.

When I say things that sound insane, like only the smartest million people should have the right to vote, well, I mean that.

When you're doing a radio show, you can express yourself.

When you're picking a basketball team, you'll take the brother over the guy with the yarmulke. Why? Because you're playing the odds.

You don't cruise the Internet looking for your name and walk away with a good feeling. So, I never do it.

You don't realize how much you use your credit card not even to buy things. It's a card you get so you can navigate society.

Tags: Good, Somebody, Yourself

The reason why you know more funny dudes than funny chicks is that dudes are funnier than chicks. If my daughter has a mediocre sense of humor, I'm just gonna tell her, 'Be a staff writer for a sitcom. Because they'll have to hire you, they can't really fire you, and you don't have to produce that much. It'll be awesome.'

When you have kids, you instantly feel that you do not want to do them wrong. Those dads that go off to Florida and start a new life, I couldn't imagine that: seeing my kid once every Christmas, every three years. If I'm gone for six days it feels like too much.

A lot of guys and people in our society think that chicks just love dudes with money. Chicks love dudes who are successful who happen to have money - do you know what I mean? Chicks are attracted to dudes that are doing their own thing.

I cook a little bit. I make a Hungarian dish called chicken paprikash that's out of this world. I'll give a heads-up to all of your readers that it doesn't have to be between Thai and Mexican every night. Toss some Hungarian in every once in a while. You will not be sorry. Good, solid peasant food.

I don't think healthcare's a right. The only right you have is the ability to go out on an even playing field and work, and then purchase health insurance, or whatever it is.

I like the freedom of podcasting. With podcasting you can really mess around with the form and the format. You can do as much time as you like without having to pause for commercials.

I mean, we sit around and we go, you know, 'Torture doesn't work.' Well, it's been around for 5,000 years. Most stuff that doesn't work goes the way of the dodo pretty quick, like waterbeds and 8-tracks and things like that.

I think comedy has evolved like every art form, and people probably do less standing around and telling jokes, and more things that have to do with reality.

I think we're getting to the point where everyone's getting fat and everyone's getting allergic, or claims to be allergic to something and people can't walk from their front door to their car without a bottle of water in their hand because they have to hydrate every three and half steps.

I've never really broken this down before, but, in movies, you almost have no connection to fans. And if you do TV, you're kind of connected, but they know you as the TV name not your real name. If you do radio, there's more of a bond there. And then if you do a podcast it's like you're literally inside of your fans.

If Joy Behar or Sherri Shepherd was a dude, they'd be off TV. They're not funny enough for dudes. What if Roseanne Barr was a dude? Think we'd know who she was?

In my early 20s I was so miserable doing construction, I wanted something that paid money. I liked nice stuff. I liked cars and architecture, and things that cost money. I wanted to not swing a hammer, and make money... and not do stuff that was dirty. I attempted to get into comedy. I started to do stand-up, but I wasn't very good at it.

Millions of guys play millions of basketball games every day of the week at the playground or the YMCA. But LeBron James gets $20 million a year because he can jam on all of those guys. We're always going to want to see LeBron and Kobe go at it.

My mom was on welfare and the occasional food stamp, but I have never participated in any of those governmental programs, even the ones that kind of work like education, scholarships and whatever, and I managed to do just fine.

If you've driven over to the gay section of Los Angeles, it's like a golf course... Real estate values go 'boom!'

I'm not comically oriented. I get angry and I start complaining and then people start laughing. I don't even want them to laugh half the time.

My first car was a motorcycle.

Tags: Else, Everyone, Rich

I don't think I've ever seen pie advertised. That's how you know it's good. They advertise ice cream and other desserts. They advertise the bejeezus out of yogurt, but I haven't seen one pie commercial.

Everyone in Hollywood thinks like a Republican fiscally by leaving town to shoot everything; they just don't vote that way.

Honestly, I've always had difficulty relaxing, unwinding and going to bed - that kind of stuff.

I am not a good cue card reader.

I could definitely see myself making a serious movie or a drama in the future.

I didn't have any success in show business until I was 30 to 31 years of age.

I don't burn any calories trying to be masculine; I just happen to be from that world.

I don't have any ill will or ill thought towards anybody.

I don't have anything against my mom, but my family has no emotional connection to each other.

I don't know anything about computers.

I don't normally vote. I'm lazy and I never bought into the 'Every vote counts.'

I get depressed at airports.

I have no connection with Hollywood. I'm not interested. I don't care.

I like my parents but they are just not good parents. They are nice enough people. I'm not interested in hurting their feelings.

I swear my car won't run unless I'm picking my nose: At least, I'm that superstitious about it, so I don't want to take any chances.

I think if you create something and you get an audience for it, then the monetization part is really secondary.