See the gallery for quotes by Talcott Parsons. You can to use those 7 images of quotes as a desktop wallpapers. 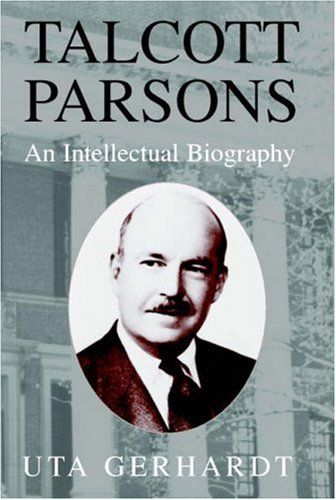 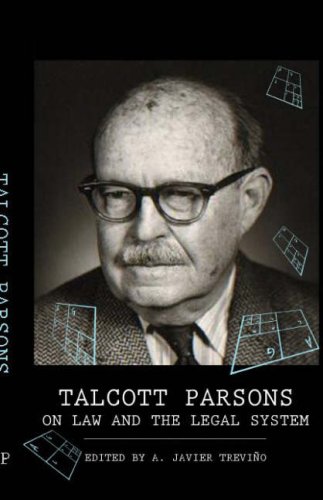 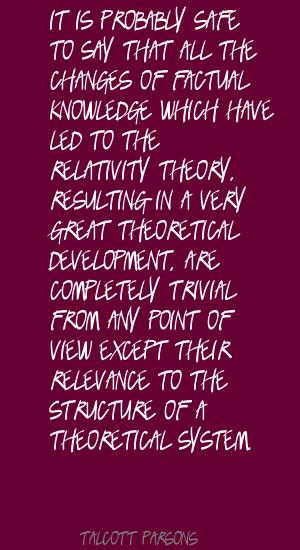 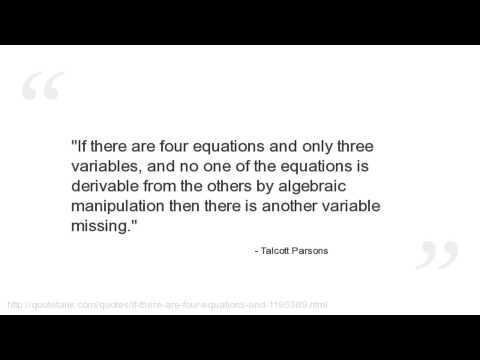 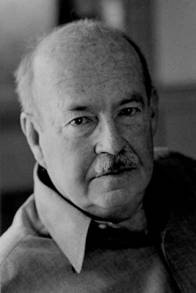 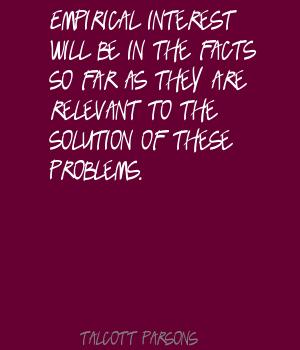 The system becomes logically closed when each of the logical implications which can be derived from any one proposition within the system finds its statement in another proposition in the same system.

Tags: Another, System, Within

Thus, in general, in the first instance, the direction of interest in empirical fact will be canalised by the logical structure of the theoretical system.

If there are four equations and only three variables, and no one of the equations is derivable from the others by algebraic manipulation then there is another variable missing.

Tags: Another, Others, Three

The functions of the family in a highly differentiated society are not to be interpreted as functions directly on behalf of the society, but on behalf of personality.

If observed facts of undoubted accuracy will not fit any of the alternatives it leaves open, the system itself is in need of reconstruction.

Among those who are satisfactory in this respect it is desirable to have represented as great a diversity of intellectual tradition, social milieu and personal character as possible.

In so far as such a theory is empirically correct it will also tell us what empirical facts it should be possible to observe in a given set of circumstances.

But the scientific importance of a change in knowledge of fact consists precisely in j its having consequences for a system of theory.

Empirical interest will be in the facts so far as they are relevant to the solution of these problems.

The importance of certain problems concerning the facts will be inherent in the structure of the system.

But the fact a person denies that he is theorising is no reason for taking him at his word and failing to investigate what implicit theory is involved in his statements.

From all this it follows what the general character of the problem of the development of a body of scientific knowledge is, in so far as it depends on elements internal to science itself.

It is probably safe to say that all the changes of factual knowledge which have led to the relativity theory, resulting in a very great theoretical development, are completely trivial from any point of view except their relevance to the structure of a theoretical system.

It is that of increasing knowledge of empirical fact, intimately combined with changing interpretations of this body of fact - hence changing general statements about it - and, not least, a changing a structure of the theoretical system.

Now obviously the propositions of the system have reference to matters of empirical fact; if they did not, they could have no claim to be called scientific.

Tags: May, Others, Why

That is, a system starts with a group of interrelated propositions which involve reference to empirical observations within the logical framework of the propositions in question.

Much more quotes by Talcott Parsons below the page.

The conception that, instead of this, contemporary society is at or near a turning point is very prominent in the views of a school of social scientists who, though they are still comparatively few, are getting more and more of a hearing.

The hypothesis may be put forward, to be tested by the s subsequent investigation, that this development has been in large part a matter of the reciprocal interaction of new factual insights and knowledge on the one hand with changes in the theoretical system on the other.

The implications of these considerations justify the statement that all empirically verifiable knowledge even the commonsense knowledge of everyday life - involves implicitly, if not explicitly, systematic theory in this sense.

The main concern of the study is with the outline of a theoretical system. Its minor variations from writer to writer are not a matter of concern to this analysis.

Largely this is a class thing - writers tend to be cosseted little middle-class kiddies who think that the world owes them a royalty cheque. But just doing it - being in your room for years on end, locked in your head, alone with invented ghosts - it weakens and softens the body. And I know I can't just live in my head.

My parents gave up a lot to bring me up in the little house on the prairie, and I wasn't prepared to make those sacrifices, nor was the generation before me and the generation after.

Tattoos are so widespread, so ugly and so very, very permanent. You can, in theory, have them removed - but a large chunk of your living flesh will go with it.

The thing I care about is my weight - I'm as fanatical about it as a member of Girls Aloud. I weigh myself every morning. I know exactly what I want to be - 82kg - and I try to stick to it.

The thing to remember about Phuket is it's very beach-oriented and relaxed. The trendiest beach is Koh Sirey, which is full of groovy places to have a cocktail and watch the sun go down.

There are a handful of barbecue seafood shacks on the beach at Hat Nai Yang, which is a fabulous place to have dinner. It's very much run for locals and they serve the catch of the day, which might be lobster, white snapper or squid. It's ridiculously reasonable, too.

I am all for cracking down on inappropriate digital behaviour. Too often the connected world is an excuse for some coward hiding behind a keyboard to bully someone else.

Tags: Else, Often, Someone

When he was born, I looked at my little boy and felt an unconditional love I never knew was inside me. As he grew, and I watched him stagger about, squeak his first words, and turn into a beautiful little boy, that feeling did not change.

My parents have been dead for many years, and when your folks are gone there is nobody standing between you and eternity.

I am a sweet old softy, but it took toughness to get through what I went through.

I box for four hours a week and my diet is pretty healthy.

You have to give kids from ordinary families a ladder. You have to show them there's a way out.

My principal motivation is supporting my family, which is not a bad reason for getting up in the morning. That's always been my motivation - to take care of the people who rely on me.

People are always surprised at what a nice guy I am.

The tattooed nation will live to regret this voluntary disfigurement.

I do tend to look back to my parents generation and think wow! what a great way to be, to live with one person for a lifetime, to bring your kids up in these really solid families.

I feel like the only person in the world who sees David Beckham modelling his swimming pants on the cover of Elle magazine and thinks - oh, how much better a handsome guy like you would look, David, without all those dumb ink stains stitched into your skin.

I think airports are places of huge human drama. The more I see of it, the more I am convinced that Heathrow is a secret city, with its own history, folklore and mythology. But what has surprised me is the love the people who work there feel for the place. Everyone seems to think they are plugged into something majestic.

If someone does something illegal on Twitter - like incite hatred, or make racist remarks, or threaten to rip someone's intestines out if they insult Justin Bieber - then there has to be some way of censuring them.

A tattoo doesn't make you look like an individual.

Grammar schools are public schools without the sodomy.

I can't think of a bigger waste of police time than chasing somebody who has said something offensive on Twitter.

I don't think much of anything I wrote before the age of 30.

I have found having my dad as my North Star has worked well for me.

It felt natural. That is what I remember most about becoming a father halfway through my 20s. As if Mother Nature was giving me the big thumbs up.

My teenage years were spent trying to look like Rod Stewart - I ended up looking like Dave Hill from Slade.

The most convincing argument against early parenthood is that you are in a relationship that is likely to fall apart before that child grows up.

When you are a journalist in the music business, as I was, you end up dying or going to the gym - I chose the gym.

When you have a kid, money matters.

I hate Nassau and the Bahamas. It's one of those places I'd always wanted to visit since reading Ian Fleming but it was full of casinos with Americans in shorts.

I've been visiting Thailand for more than 20 years but didn't fall in love with it until I visited Phuket Town in Phuket. The northern part of Phuket is one of the most fascinating places I've ever been, and largely unspoilt and unknown.