See the gallery for quotes by Zachary Knighton. You can to use those 6 images of quotes as a desktop wallpapers. 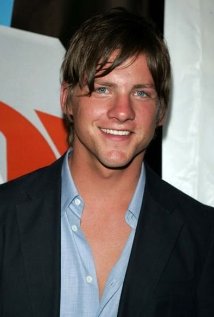 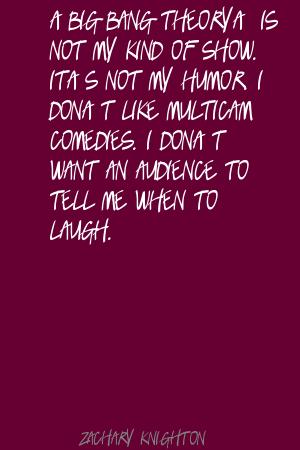 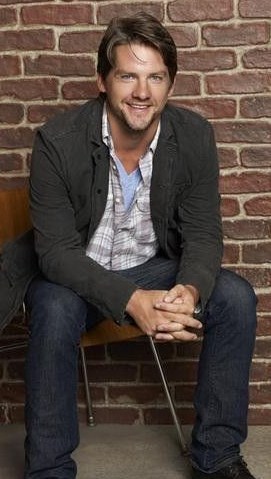 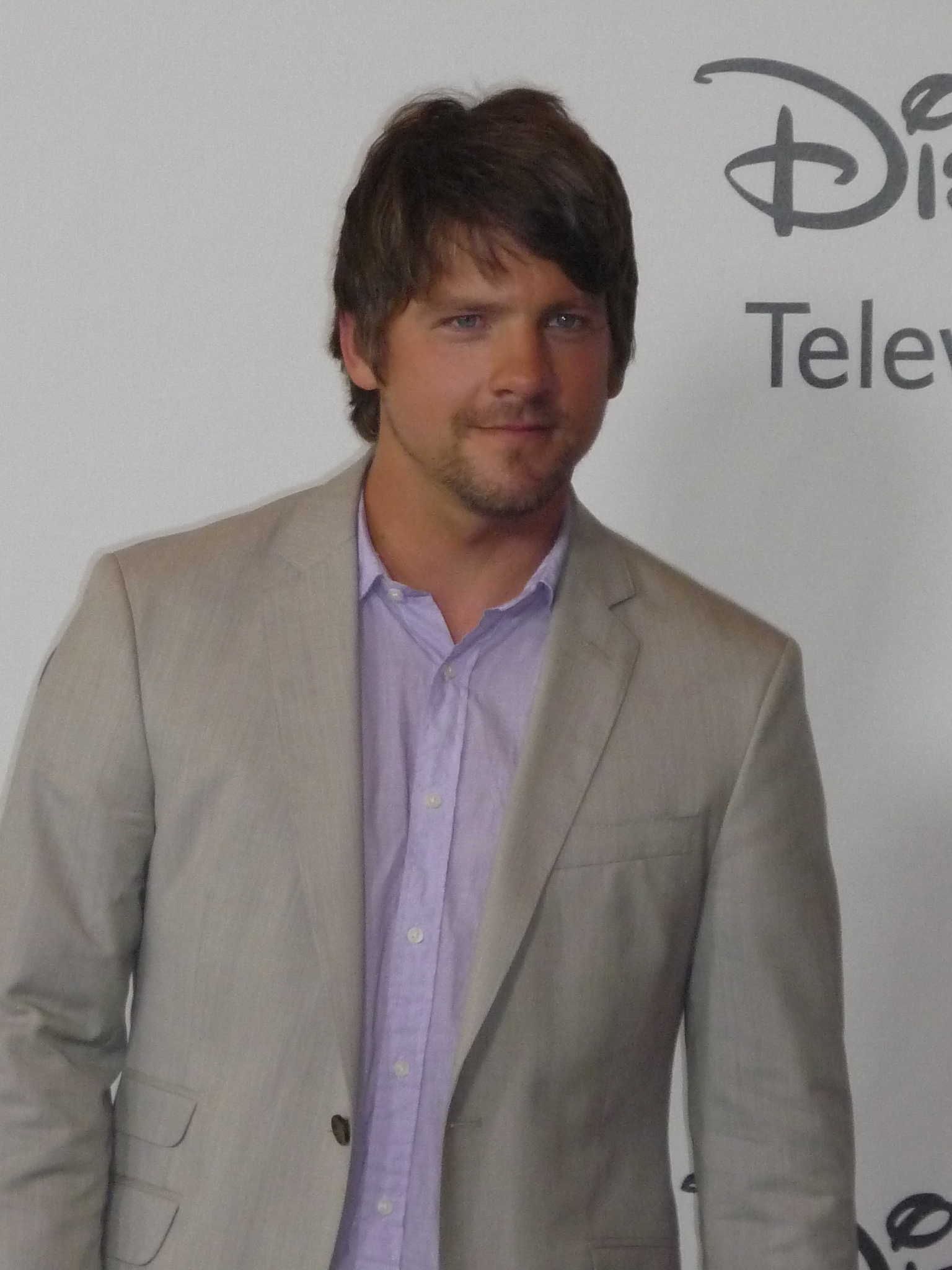 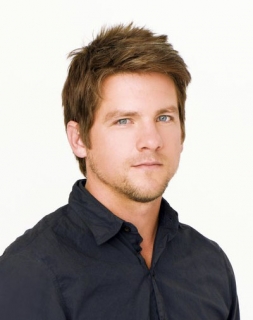 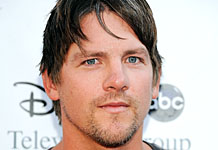 'Big Bang Theory' is not my kind of show. It's not my humor. I don't like multicam comedies. I don't want an audience to tell me when to laugh.

Film work can be tedious and sort of all over the place, especially when you have a family and you're going off and doing things somewhere else.

'FlashForward' was a dream come true. I had auditioned for David Goyer for 'Blade: Trinity' and didn't get the part, but I guess he became a fan.

I can tell you, if you shoot in the rain you're going to have a lot of voice ADR to do after the movie and voice looping, stuff like that.

I've done comedy, and I've done drama. I've sort of been a journeyman in my career so far.

After high school, I went to VCU and got a B.F.A. in theater. I got to do a bunch of stuff professionally throughout college. I actually got my SAG card in college.

At one point, I was in a place where it didn't feel like it was going to happen, and I was feeling pretty down on myself. But I stuck to it, and now I have a hit comedy on my hands. You've got to keep plugging away at it. If you really believe in yourself, you can definitely make it happen.

'FlashForward' was a really fun show to make. Not to mention, I only worked, like, one day a week, and it paid the same as 'Happy Endings.' I got to make out with beautiful women on that show as well.

'FlashForward' was on the outs when I was approached with 'Happy Endings.' I literally got the script on a Friday, and on Saturday morning I met with David Caspe, Jamie Tarses, and the Russo brothers. I took the role on that Saturday, and on Monday I was doing a table read. It all happened very fast, but it was super exciting.

I don't want to name any names, but I've worked on television shows where there's a guy writing for my generation who's, like, 60 - and it doesn't work.

I mean, comedy's hard. If you go back and look at the first season of 'Seinfeld,' it's a work in progress and that's what happens. It just takes time for people to figure each other out, and figure out timing, and to develop creatively with the writers.

I surf - that's the one thing I make time to do. I definitely surf a lot, but when you're working 15 hour days... all I want to do is get home to my baby.

I thought I was going to be a theater actor. I moved to New York after college and did some plays and worked a lot. Once the realities of living as a theatrical actor hit me, I realized I wanted to start making a little bit of money and not have to bartend and work in theater.

I've had friends whose boyfriends I meet, then they break up and I end up staying buddies with the boyfriend. In this day and age with social media and Facebook, Twitter, it's really impossible to escape people that you've been involved with. In a weird way, it makes it easier for everyone to stay friends because you're just sort of stuck there.

In college, I won the Irene Ryan; it's kind of like a collegiate Tony, which got my career going. I was honored. I won a fellowship to the Kennedy Center, and that's where I got my agent.

V-necks are great because you can get a little fat and you still look kind of good - and I like to get fat sometimes, so it's nice. I like to fluctuate between the world of skinny and fat, so V-necks suit me well.

You know, I've just always been sort of goofy and kind of gone with it. I actually usually work more in drama, but I have been floating back and forth with comedy, and somehow they keep giving me jobs in comedy, so I guess there's something funny about me.