See the gallery for quotes by Ann Coulter. You can to use those 6 images of quotes as a desktop wallpapers. 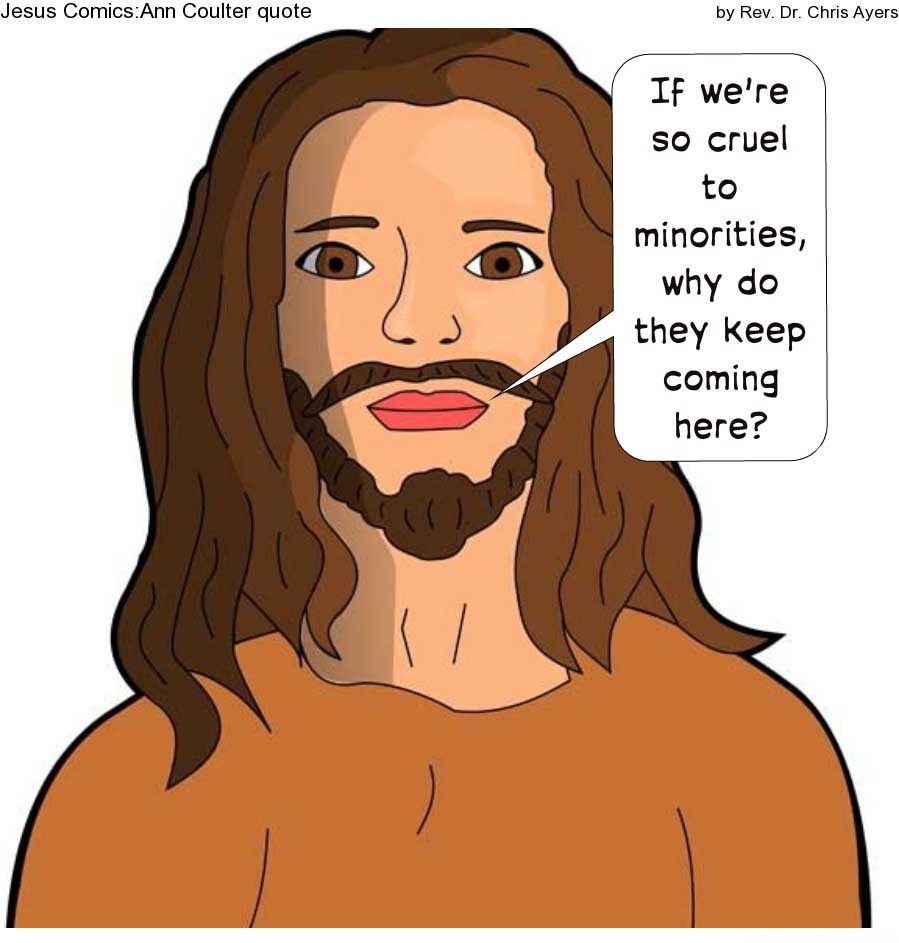 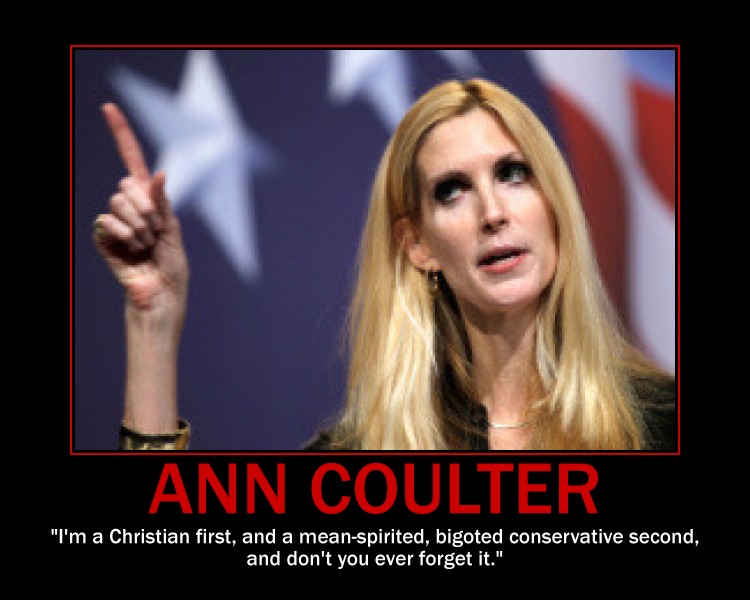 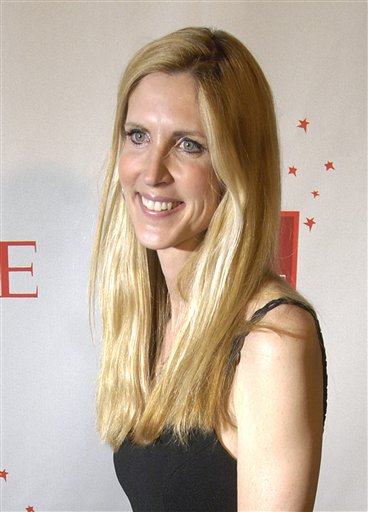 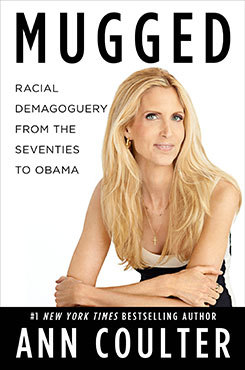 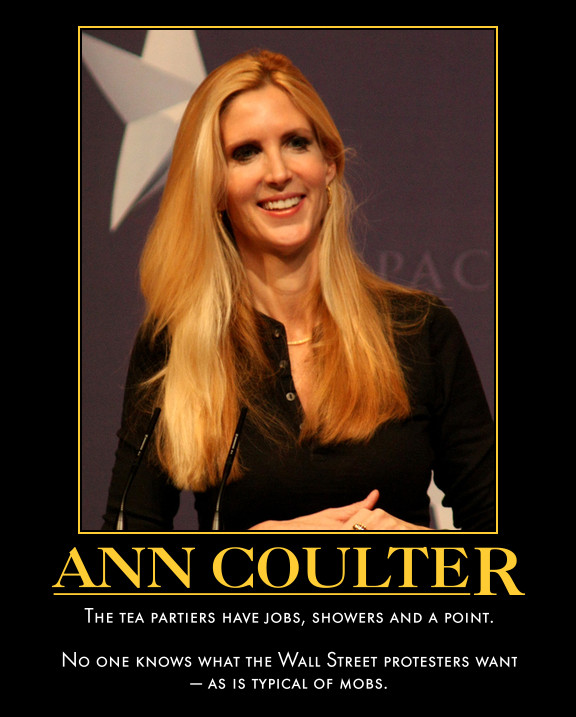 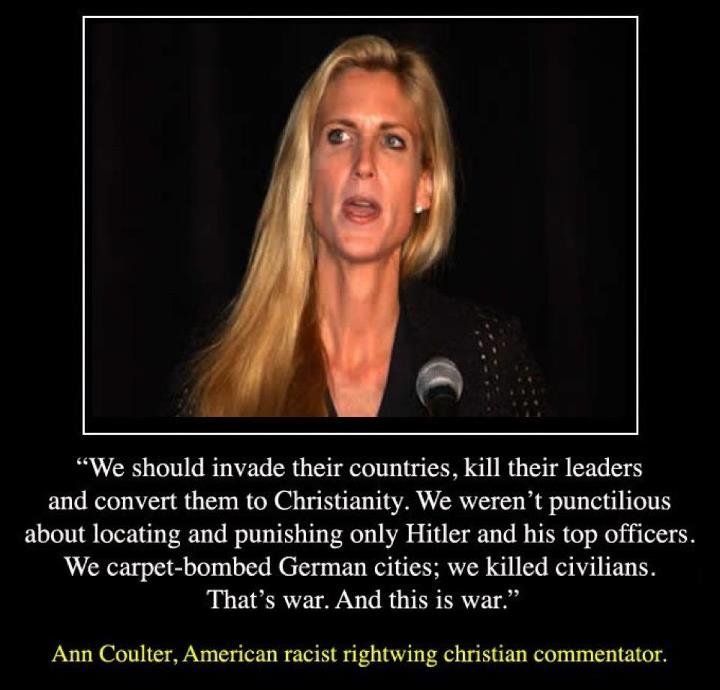 I've decided to cut out the part of the speech where I say anything nice about Democrats.

In fact Sarah Palin has created more jobs than Obama has. She created eleven jobs fact-checking at the AP just for the Palin autobiography.

Liberals are stalwart defenders of civil liberties - provided we're only talking about criminals.

There are lots of bad Republicans, there are no good Democrats.

They've hit us and we've got to hit back hard, and I'm not just talking about the terrorists.

Democrats couldn't care less if people in Indiana hate them. But if Europeans curl their lips, liberals can't look at themselves in the mirror.

I'm not going to be lectured to.

If only Al Sharpton were around, Lincoln would have known he was a victim of racism.

The Democrats have no actual policy proposals of their own unless constant carping counts as a policy.

The fact that a Republican is in the late Senator Kennedy's old seat probably must have him rolling in his grave, probably spilling his drink.

The really amazing part, to me, was when Florida made it into the Final Four, the Democrats didn't demand a recount.

If a university official's letter accusing a speaker of having a proclivity to commit speech crimes before she's given the speech - which then leads to Facebook postings demanding that Ann Coulter be hurt, a massive riot and a police-ordered cancellation of the speech - is not hate speech, then there is no such thing as hate speech.

Political debate with liberals is basically impossible in America today because liberals are calling names while conservatives are trying to make arguments.

Taxes are like abortion, and not just because both are grotesque procedures supported by Democrats. You're for them or against them. Taxes go up or down; government raises taxes or lowers them. But Democrats will not let the words 'abortion' or 'tax hikes' pass their lips.

We've finally given liberals a war against fundamentalism, and they don't want to fight it. They would except that it would put them on the same side as the United States.

Much more quotes by Ann Coulter below the page.

When every one of your arguments is characterized an attempt to bring back slavery or resegregate lunch counters, it's a little hard to have any sort of productive debate.

When you try to figure out what the religious right is, it ultimately comes down either to one man, Pat Robertson, or anyone who believes in a higher being and wants their taxes cut.

We should invade their countries, kill their leaders and convert them to Christianity. We weren't punctilious about locating and punishing only Hitler and his top officers. We carpet-bombed German cities; we killed civilians. That's war. And this is war.

Swing voters are more appropriately known as the 'idiot voters' because they have no set of philosophical principles. By the age of fourteen, you're either a Conservative or a Liberal if you have an IQ above a toaster.

If we're so cruel to minorities, why do they keep coming here? Why aren't they sneaking across the Mexican border to make their way to the Taliban?

I'm a Christian first, and a mean-spirited, bigoted conservative second, and don't you ever forget it.

Liberals become indignant when you question their patriotism, but simultaneously work overtime to give terrorists a cushion for the next attack and laugh at dumb Americans who love their country and hate the enemy.

The New York Times editorial page is like a Ouija board that has only three answers, no matter what the question. The answers are: higher taxes, more restrictions on political speech and stricter gun control.

I love to engage in repartee with people who are stupider than I am.

Tags: Running, Somebody, Why

Whether they are defending the Soviet Union or bleating for Saddam Hussein, liberals are always against America. They are either traitors or idiots, and on the matter of America's self-preservation, the difference is irrelevant.

If the press really thinks Obama is Lincoln, they ought to treat him like they treated Bush, 'cause that's how they treated Lincoln. His critics compared Lincoln to an ape; they called him an illiterate baboon.

Tags: Cause, Him, Treat

As the leader of twelve apostles, even Jesus had more executive experience than Obama.

If we took away women's right to vote, we'd never have to worry about another Democrat president.

Tags: Another, Away, Women

Ironically, since Obama was elected, for the first time in my life I'm sometimes not proud of my country.

While the form of treachery varies slightly from case to case, liberals always manage to take the position that most undermines American security.

It would be a much better country if women did not vote. That is simply a fact. In fact, in every presidential election since 1950 - except Goldwater in '64 - the Republican would have won, if only the men had voted.

Democrats always assure us that deterrence will work, but when the time comes to deter, they're against it.

Even Obama's staunchest supporters are starting to leave him. Last week Michelle Obama demanded to see a copy of his birth certificate.

Clinton's attempt to socialize healthcare was the second most disgusting thing he did in the oval office. I can't remember was the first thing was.

My libertarian friends are probably getting a little upset now but I think that's because they never appreciate the benefits of local fascism.

Conservatives have a problem with women. For that matter, all men do.