See the gallery for quotes by Bo Gritz. You can to use those 7 images of quotes as a desktop wallpapers. 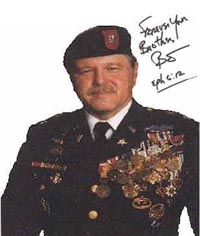 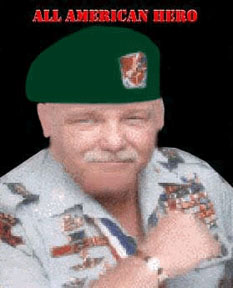 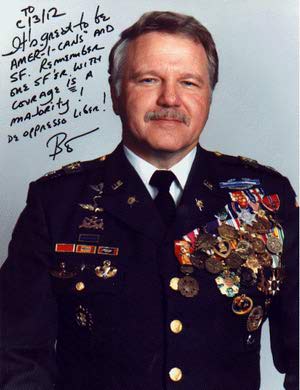 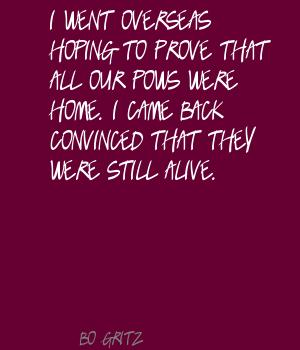 I went overseas hoping to prove that all our POWs were home. I came back convinced that they were still alive.

Still I was concerned that politics would get between us and our POWs.

The fact is that Americans were sent to Russia that have not been returned.

The fact is that the Vietnamese held Americans after 1973.

We held the team together for as long as possible and then sent all except the most critical personnel home.

During the mission, Walter Jones, a team member was given a package containing bone fragments by a Lao. The source said they were from a crash site. He presented photographs showing himself in company with others digging around obvious aircraft debris.

I believe certain members of the U.S. Congress have aided in the oppression and diversion of critical information that could have revealed a fullness of truth long ago.

I believe that presidents up through and including George Bush have known that Americans were left alive and in violation of law, these high officials and certain of their appointed subordinates have continued and perpetrated a cover up of this reality.

I state for the record that I have never sought funds from any POW family, nor led them to believe in any way that we were going on a mission to rescue their specific missing loved one.

I went to Ft Bragg and learned that Delta was indeed gearing up for the rescue. Still I was concerned the Reagan staff would not be willing to take the risk of sending an official military force into Laos. 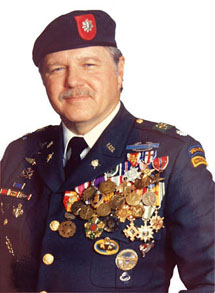