See the gallery for quotes by Gustav Stresemann. You can to use those 8 images of quotes as a desktop wallpapers. 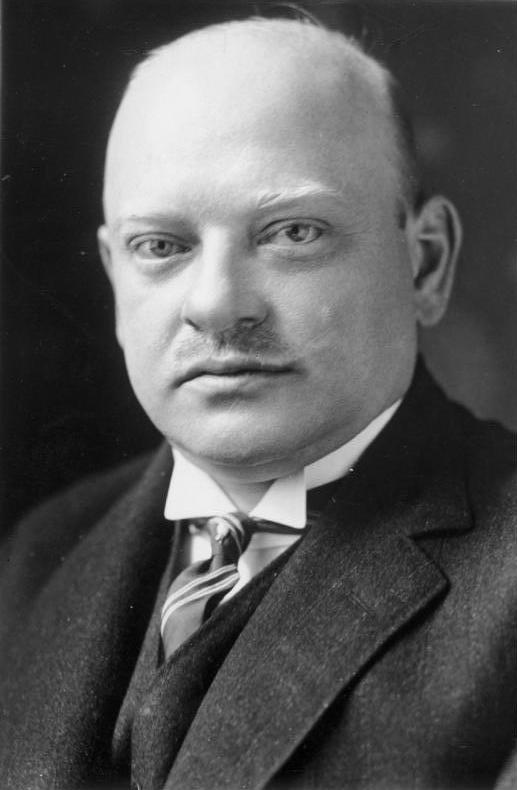 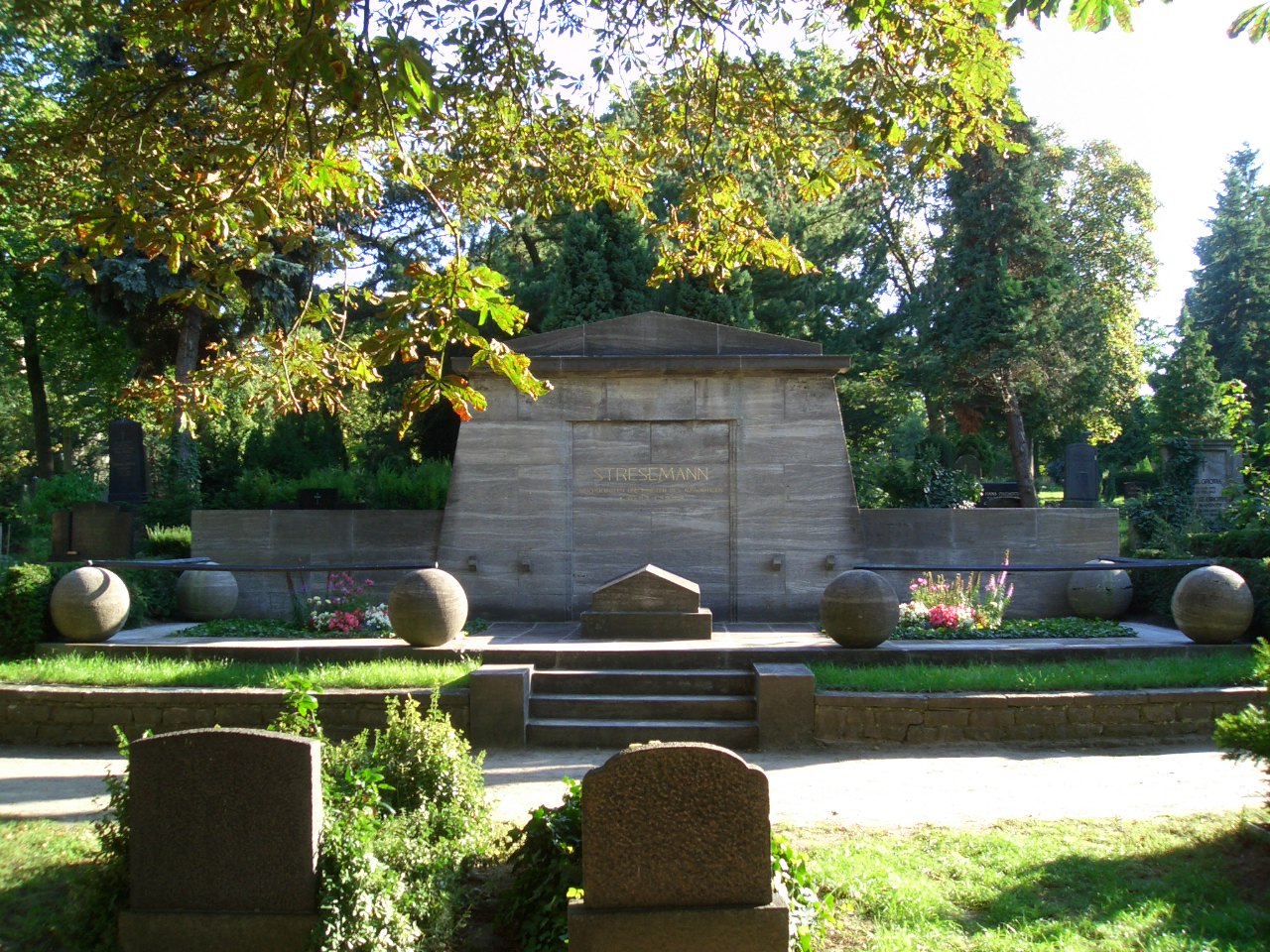 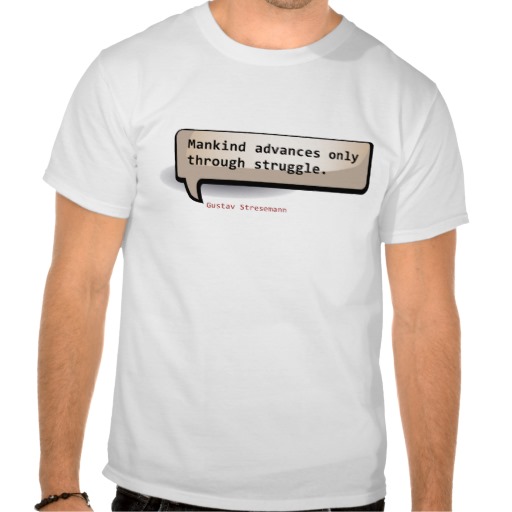 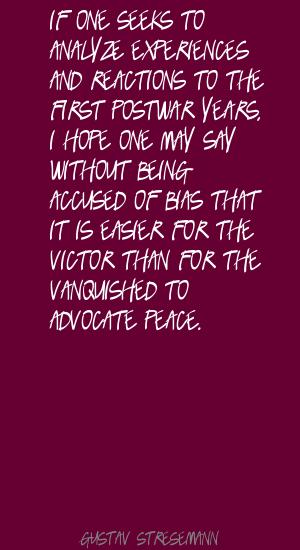 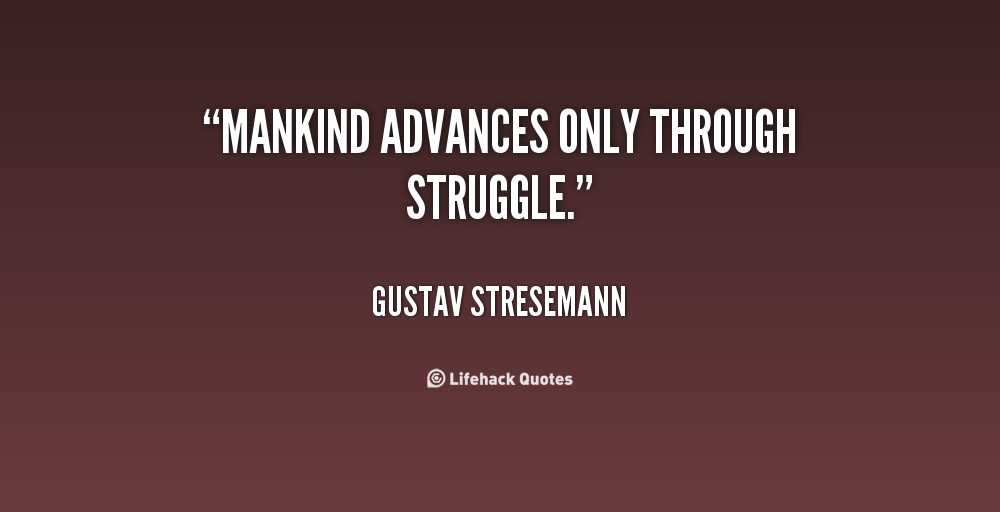 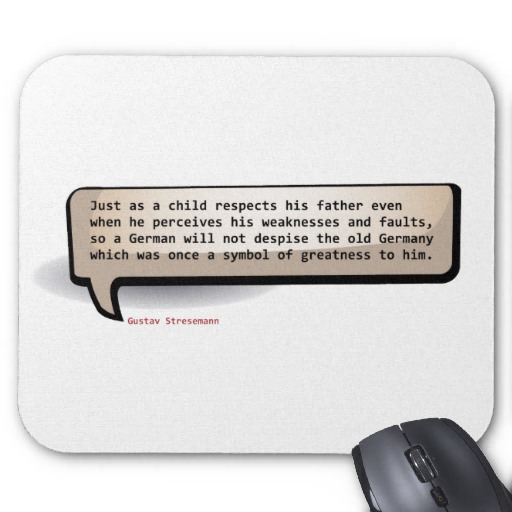 Nothing in the reporting of a nation's history could so mislead the younger generation as to represent great events in such a way that they appear to have happened as a matter of course.

Nothing is more misleading to the youth of a nation than to state the outcome immediately after the beginning as if nothing could have taken place in between.

Tags: After, Between, Place

The concept of active cooperation has taken the place of opposition to the new form of government and of dreamy resignation entranced with the beauty of times past.

This old Germany was partly defeated in its conflict with the progressive ideas of socialism, for it had given the people nothing that could serve as a successful alternative to socialism.

To walk behind others on a road you are traveling together, to give precedence to others without envy - this is painful for an individual and painful for a nation.

Tags: Envy, Give, Together

Voices were heard from the United States of America which made it clear that America wanted a peaceful and united Europe as a basis for mutual cooperation.

If one seeks to analyze experiences and reactions to the first postwar years, I hope one may say without being accused of bias that it is easier for the victor than for the vanquished to advocate peace.

Just as the child is father to the man, so the impressions of one's youth remain the most vivid in manhood.

The great men of a nation reach out to all mankind. They are unifying, not divisive; internationally conciliating and still great nationally.

To contrast national solidarity and international cooperation as two opposites seems foolish to me.

In every man the memory of the struggles and the heroes of the past is alive. But these memories are not incompatible with the desire for peace in the future.

The life of the individual is a continuous combat with errors and obstacles, and no victory is more satisfying than the one achieved against opposition.

A people that has experienced all that the Germans have been through, naturally offers fertile soil for the extremists.

During the past few years I have led a sometimes hard battle for German foreign policy.

Mankind advances only through struggle.

The courtesy which most becomes a victor was denied to Germany for a long time.

The history of nations shows that words are not always immediately followed by action.

A Shakespeare could have arisen only on English soil. In the same way, your great dramatists and poets express the nature and essence of the Norwegian people, but they also express that which is universally valid for all mankind.

As a consequence of the terms of the Treaty of Versailles, the officer corps of the old army became part of this class, as did that part of the younger generation who, in the old Germany, would have become officers or civil servants.

As a result of the World War, this old Germany collapsed. It collapsed in its constitution, in its social order, in its economic structure. Its thinking and feeling changed.

But just as haste and restlessness are typical of our present-day life, so change also takes place more rapidly than before. This applies to change in the relationships between nations as it does to change within an individual nation.

Dante can be understood only within the context of Italian thought, and Faust would be unthinkable if divorced from its German background; but both are part of our common cultural heritage.

Tags: Both, Thought, Within

For the victor peace means the preservation of the position of power which he has secured. For the vanquished it means resigning himself to the position left to him.

Here we encounter two conflicting concepts with which we must come to grips in our time: the idea of national solidarity and the idea of international cooperation.

Historians still often see the end of the war as meaning nothing more for Germany than lost territories, lost participation in colonization, and lost assets for the state and individuals. They frequently overlook the most serious loss that Germany suffered.

Much more quotes by Gustav Stresemann below the page.

History uses a unit of measure for time that is different from that of the lifespan of the individual, whereas man is only too ready to measure the evolution of history by his own yardstick.

I must begin by saying something about the old Germany. That Germany, too, suffered from superficial judgment, because appearances and reality were not always kept apart in people's minds.

Just as a child respects his father even when he perceives his weaknesses and faults, so a German will not despise the old Germany which was once a symbol of greatness to him.

Just as the British subject loves England despite her faults, so we must insist that all Germans who were part of the old Germany and helped shape her, recognize the greatness and worthiness of present-day Germany.

No change in the balance of political parties can alter the general determination that no class should be excluded from contributing to and sharing responsibility for the state.