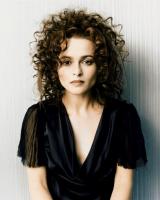 See the gallery for quotes by Helena Bonham Carter. You can to use those 8 images of quotes as a desktop wallpapers. 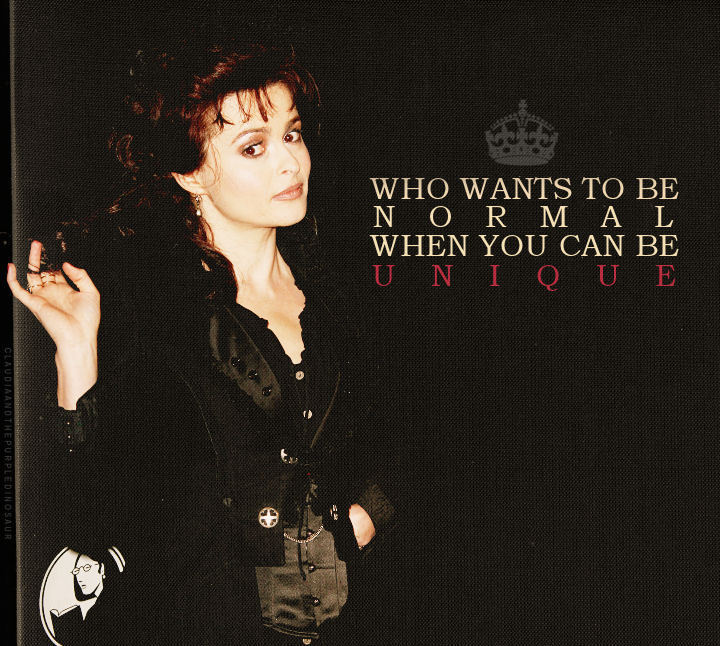 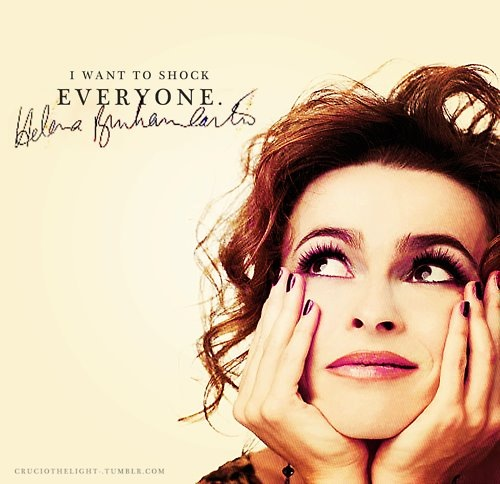 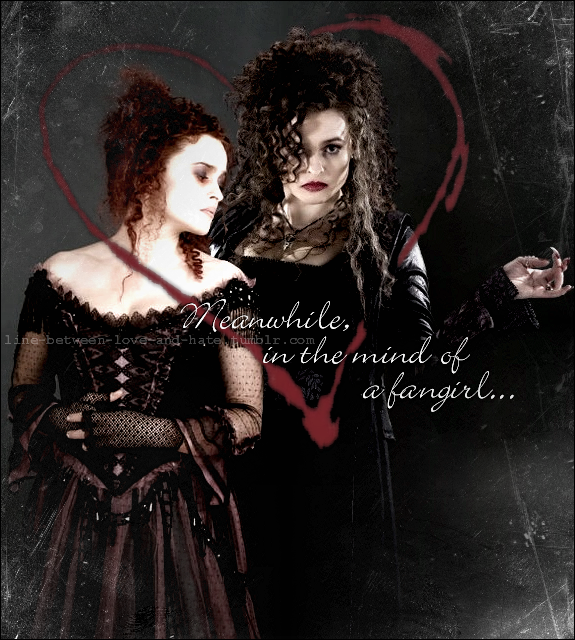 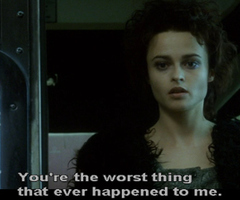 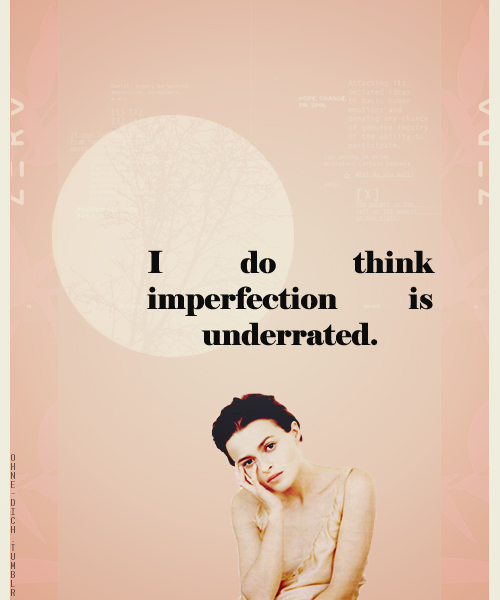 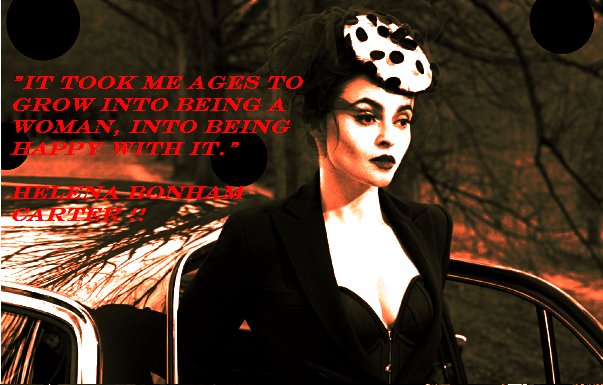 You learn to rely on a few basic movements and use your voice to the greatest extent possible to convey your emotions. So there was a technical challenge there and a responsibility to create a character from behind the mask.

I loved doing all those costume dramas. I didn't think, 'Ooh I've got to avoid being typecast' - you can't ever be dictated to by what other people think. I just do things because I fancy the parts and the directors.

I'm not dead and I don't have blue hair but some people say there are similarities. It is usually intolerable to watch myself onscreen but this time it's fine. I think it's beautiful and a real work of art.

It didn't matter what you look like. You don't have to get up at 5:30 in the morning and there's a lot to be said for that. Corpse Bride can just play all my parts from now on and I'll just do the voice.

It took me so many years to move out. I'm definitely a bit of a Peter Pan, reluctant to grow up. It all seemed really nice at home-why change it? Part of me would prefer not to have any responsibility whatsoever.

It was a challenge to be able to create a character without being able to use one's normal set of expressions. All the rubber and makeup attached to your face left you with only a modest range of facial movements.

Much more quotes by Helena Bonham Carter below the page.

The problems come when your personal life and relationships come under scrutiny in the press and often very uncomplimentary things are printed about you.

But it's often been the case, I've done so many countless small, independent films that really 3.2 people have seen, so you never know. You do it for the joy of the part and not necessarily expect anyone to see the final product.

Famous people come up to me, but I don't know who they are because my sight is so bad. It's always at the pool of the Four Seasons in Beverly Hills when I don't have my lenses in and my glasses are in my room.

I just went and got an agent because I thought I can create my own world - you can't right your own life, but you can escape to a world where you can have control.

I think I've still got a bit of a sado-masochistic streak in me, because if I'm not going to be restricted by corsets and covered in lace, then I still wind up wearing an ape-mask over my face. I do wonder how I get myself in these situations!

I was a mixture of being incredibly old for my age and incredibly backwards. I was born quite old, but then I stopped growing. I lived with my mum and dad till I was 30.

I was reading William Shawcross's biography of the Queen Mother, dressed in my witch outfit! And you know what? It was a really good mix; it was a therapeutic mix.

I was weird right from the start. It's just that you can't ever expect people to get you. And I do think that really did mess with my head, being well-known young, when you really don't know who you are.

I've never had white teeth. To be honest, I've never been told to do any of those horrible things - get your teeth whitened or your nose straightened.

It was weird because I was pregnant, throughout that so it was weird being a pregnant witch. I was in a really bad mood but luckily, because I sleep with the director, he just sort of scheduled me so I only had to do it two nights.

It's easy for me to go back to being a kid. You know how kids can be like savages before they get civilized? There's that sadist quality. Y'know, like boys who like to pick apart an insect for the sake of it.

Journalists are always calling my features Edwardian or Victorian, whatever that means. I am small, and people were smaller in those times. I'm pale and sickly-looking. I look fragile-like a doll. But sometimes I just wish I had less of a particular look, one that was more versatile.

Most of my relationships were people in the business. Having said that, me and Tim don't really talk that much about work. He comes into my bit of the house every so often to vent but we don't really have very high, cultured conversations.

Mothers are the heart of any household. I try to spend as much time with my children as I possibly can while also fulfilling my professional duties. It is tricky, but I think I manage it.

Not only was it nearly impossible to hear because of these huge rubber ears we had to wear, but we also had these huge furry hands which were absolutely useless, especially if you had to scratch yourself.

She looks like a warrior. I mean, Bellatrix does mean warrior. And she's also a bit of a fatale. She's the right hand of Voldemort, and the only woman death eater.

Tim also has enough confidence so that it always looks like a Tim Burton film, but it really is collaborative. You're allowed to do it your way but of course he's always going to choose his way.

Usually I'm frustrated when I look at my films and I don't believe that I've made a real transformation beyond my usual sets of gestures and expressions. I still have this nagging feeling that it's me, that I didn't create a unique character.

What I loved about playing the corpse is that obviously somebody else got to do the physical part. It appeals to the part of me that likes playing character parts and getting the chance to get away from my own physicality.

Tags: Away, Character, Else

All the ancient classic fairy tales have always been scary and dark.

I think my mouth just opens and I spontaneously say things that occur to me.

I should get a few ribs taken out, because I'll be in a corset for the rest of my life.

If you're a queen, you're powerless, so I'd probably demote myself and go shopping.

I also get fed up with the fact that casting agents and directors have this impression of me as being frail and petite. I find it very patronizing. I'm quite beefy and strong. I was a gymnast in school and I have lots of muscles.

It took me ages to grow into being a woman, into being happy with it.

I love changing what I look like because I always feel super strange whenever I do watch something that I'm in.

People say, 'You're still breast-feeding, that's so generous.' Generous, no! It gives me boobs and it takes my thighs away! It's sort of like natural liposuction. I'd carry on breast-feeding for the rest of my life if I could.

I'm drawn to emotionally damaged characters because there is more to unlock.

When you're up for an Oscar, you just get offered everything. It's fantastic, but a lot of it you're completely inappropriate for.

I enjoy those small chats you have when people come up and talk to you about your work. It only involves a few seconds of effort to be nice to those people, and I am very grateful for the kind words that people have taken the trouble to express to me in person.

I have to struggle to change people's perceptions of me. I grew very frustrated with the perception that I'm this shy, retiring, inhibited aristocratic creature when I'm absolutely not like that at all. I think I'm much more outgoing and exuberant than my image.

Because I sleep with him he asked me to audition, you know?

Fairytales have always got to have that scary quality, as long as you make them laugh.

I don't think kids have a problem with death. It's us older ones who are nearer to it, that start being frightened.

I liked pretending to be other people: I could reinvent myself, reinvent my own reality.

I'm the kind of actor who has ventured into escaping from me.

With the number of people I ignore, I'm lucky I work at all in this town.

I drink booze, I smoke, and I'm hooked on caffeine. I actually have been known to swear at times and belch and even raise my voice when provoked. And I'm not physically repressed!

A film actor is just a victim of directors and editors.

I hate this image of me as a prim Edwardian. I want to shock everyone.