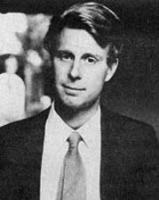 See the gallery for quotes by Mark Helprin. You can to use those 7 images of quotes as a desktop wallpapers. 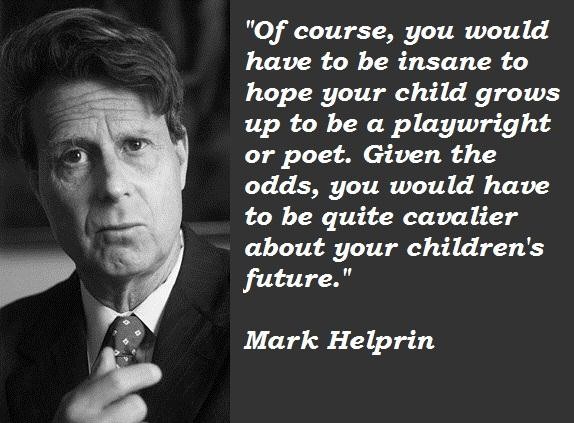 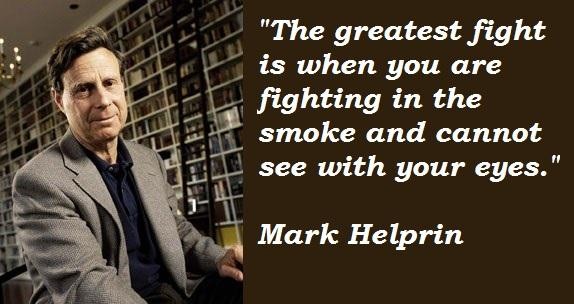 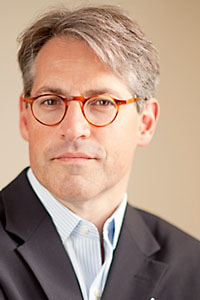 If one accepts Hezbollah's self-description as a resistance movement, in which case one must, in light of the fact that Hezbollah never ceases to provoke, view Israel's mere existence as a continuing act of aggression, then Hezbollah has indeed shown that it can initiate conflict, resist, and survive.

If Shakespeare thought comedy worthwhile, that means the rest of us can take a break from tragedy now and then without betraying our calling, even if the modern professional intellectual, a poseur by nature, has yet to discover this.

In American military cemeteries all over the world, seemingly endless rows of whitened grave markers stand largely unvisited and in silence. The gardeners tend the lawns, one section at a time. Even at the famous sites, tourism is inconstant.

In an interview, I lose control even of what I am, for it is the interviewer who edits me, finally, into what he thinks I am, and never have I been happy with someone else's version of my life after that person has spent an entire two or three hours fathoming it.

In the Freudian age, parents say to their children, 'Don't be defensive,' meaning, 'You have no argument,' but I was born in the age of Rommel, when defense was considered an honorable thing.

Mozart and Neil Diamond may have begun with the same idea, but that a work of art is more than an idea is confirmed by the difference between the 'Soave sia il vento' and 'Kentucky Woman.' We have different words for 'art' and 'idea' because they are two different things.

My father ran London Films. He made films like 'The Red Shoes,' 'The Third Man.' And he had had a long career in the film business, which was bifurcated with a career in intelligence. He had to deal with gangsters, and sometimes he would take me with him. Also, I went to school with their children.

My father was famous for his photographic memory. He was in the OSS. They trained him to be captured on purpose and to read upside down and backwards and commit to memory every document in Germany he saw as he was being interrogated - every schedule on every wall. So, that photographic memory somehow made its way to me when I was young.

New technologies will always demand and deserve careful navigation and difficult readjustments. But the weakening or de facto abolition of copyright will not merely roil the seas, it will drain them dry. Those who would pirate what you produce have developed an elaborate sophistry to convince you that they are your victim. They aren't. Fight back.

No good case exists for the inequality of real and intellectual property, because no good case can exist for treating with special disfavor the work of the spirit and the mind.

Not a single illegal immigrant should or need enter the United States, not one. Contrary to the common wisdom, the borders are easy to seal, and controlling entry is hardly totalitarian.

Not born to be rich, by 1981 I had nonetheless begun to use a PC that required for its operation the absorption of several hundred pages of protocols and the placement of very large floppy disks in the freezer to fix frequent crashes.

Of course, everyone in the New World is an immigrant or a descendant of immigrants, and immigrants have built America and continue to do so. Legal or illegal, they are almost universally good people who work to better their lot and that of their children.

Reason is a fine thing, but it is not the only thing available to a writer. It's just part of the arsenal of many things available to a storyteller. Revelation, for example.

The arts community is generally dominated by liberals because if you are concerned mainly with painting or sculpture, you don't have time to study how the world works. And if you have no understanding of economics, strategy, history and politics, then naturally you would be a liberal.

The British monarchy has the political and constitutional task of subtracting from the government and governors of Britain the papal and kingly airs that in America, because we have no such institution, unfortunately adhere to the president.

The craftless anarchy of the Beat poets on the one hand, and the extreme control of Henry James on the other, suggest that for most human beings, just as both freedom and discipline are necessary in life, serendipity and design must coexist in a work to make it readable.

The thing that strikes you most about being a soldier in a war zone and in action to the small extent that I was, when actually people start shooting, which happened to me a couple of times, everything goes on automatic and there's a feeling of tremendous elevation and even elation.

Though builders may build, in the main they follow the plans of architects. Teachers teach, but they must have a text. Politicians govern, but only upon the flow of commentary that raises them up or casts them down.

When I was very young, I used to clean up after my parents. If I stay in a hotel, I make the bed and clean the room when I get up, even the bathroom mirror, for which I carry a tiny bottle of ammonia.

Much more quotes by Mark Helprin below the page.

You will most appreciate 'Freddy and Fredericka' if you are familiar with the story of the Fall, the Good Hermit, 'Tom Jones,' 'Huckleberry Finn,' 'Paradise Lost,' 'Henry V,' and 'My Cousin Vinny.' That doesn't mean that you can't enjoy or understand it on an emotional level, free of all allusion, which is the test of any book of fiction.

Well-timed silence is the most commanding expression.

Tags: After, Rule, Whose

The human race is intoxicated with narrow victories, for life is a string of them like pearls that hit the floor when the rope breaks, and roll away in perfection and anarchy.

Accident is as much a part of fiction as anything else, symbolic of the grace that, along with will, conspires to put words on the page.

As much as I love art, there is no art as fine as the world we have been given.

I don't aspire at present to be king of the hill in American literature.

I have been fighting over commas all my life.

I have jumped out of airplanes but I was not technically a paratrooper. I was an infantryman and a night fighter, anti-terrorist.

I'm sort of murdered for selling books. The idea is, if you make money your work can't be literary.

I've never had a cup of coffee in my life. I can't even remain in the same room with coffee.

If it wasn't for music, I would think that love is mortal.

One of the things I worked very hard on all my life was to be like everyone else. I tried very hard to fit in.

The best way to meet a woman is in an emergency situation - if you're in a shipwreck, or you find yourself behind enemy lines, or in a flood.

The greatest fight is when you are fighting in the smoke and cannot see with your eyes.

Unlike Hezbollah, Israel's more modest aim is to survive, and that it has done.

When people ask me why is 'Winter's Tale' a fantasy, I point out that it is not a fantasy.

Writing is still my main career, but I would love, for instance, to serve in the New York State Assembly.

'Freeing' a literary work into the public domain is less a public benefit than a transfer of wealth from the families of American writers to the executives and stockholders of various businesses who will continue to profit from, for example, 'The Garden Party,' while the descendants of Katherine Mansfield will not.

I have seen lonely people of advancing age, yet as constant as angels, keeping faith to those they loved who fell in wars that current generations, not having known them, cannot even forget. The sight of them moving hesitantly among the tablets and crosses is enough to break your heart.

I have to confess that I have so rarely experienced triumph that I cannot claim to know it well enough to judge, but it seems to be at best a momentary joy followed instantly by sadness, and, then, of necessity, by wariness.

I used to write exclusively with one particular Montblanc fountain pen, although lately I have had to use a roller-tip fountain pen, because I find it harder and harder to control the fine muscles of my right hand during prolonged periods of work. I buy boxes of Deluxe Uni-ball pens, use them until they start to drag, and then change.

I was raised on the Hudson, in a house that had been the stable of the financier and Civil War general Brayton Ives. In midcentury, we had fire pits in the floor for heating, and rats everywhere, because they nested in the hay insulation.

I wrote a great deal of a novel, 'Winter's Tale,' on the roof of a Brooklyn Heights tenement on Henry Street. I was a technical climber, and now and then I would put down my manuscript and get up to walk along parapets and climb walls and chimneys.