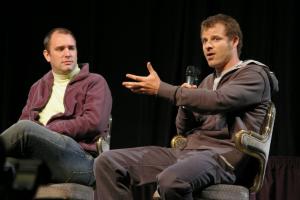 See the gallery for quotes by Matt Stone. You can to use those 7 images of quotes as a desktop wallpapers. 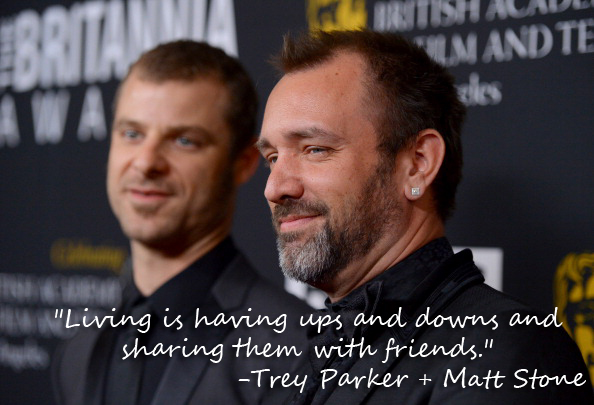 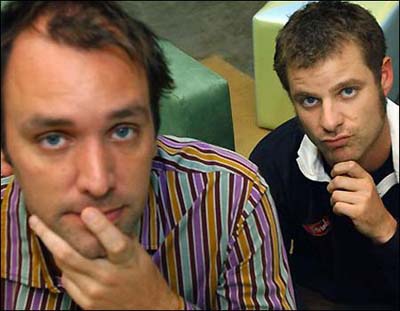 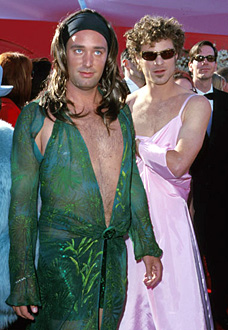 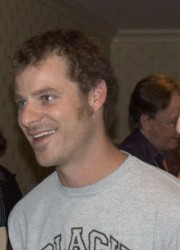 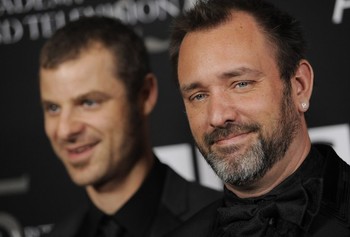 You can make fun of everything.

And there's a visceral fun in watching Team America and making it, like taking a puppet and throwing it against the wall. Because it's not CG, there's something funny about it.

I just hate that Lucas... and it is not just Lucas, because everybody does it, where, boom, they get it out, and then there's a special edition for a movie that doesn't deserve a special edition.

I would never want the show to be a Democrat show or Republican show, because for us the show's more important than that. It isn't for everybody else in the world, but it is for us.

Tags: Else, Everybody, Show

It is like football with coaches, like, 'We're only going to think about the next game.' It is really true, all you think is, 'Okay, we have to make a good next episode.'

It's the business of movies, it's the fights that go along with the level of budget, and more than anything, it's the creative constipation of having to live with one idea for two or three years. It's just not that fun.

The culture is just so coarse that you have to take it to that level and people will be like, 'Whoa!' And then you can make people think about stuff. It's kind of like shock therapy.

We don't feel pressure of, 'Let's make this really raunchy.' It's more about making a good story, which is 10 times harder. The raunchy stuff's really easy for us.

I'm concerned about people being happy.

I think the neoatheists have set atheism back a few decades. And I'm a self-described atheist.

At this point, we've ripped on everyone.

Do goofy stories make people nice? What if, in their goofiness, these stories somehow inspire that in the right way. Is that a social good?

Even celebrities, most people have a sense of humor. Most of the people we meet who we've done on the show, like it.

I just get my news from the Internet.

I may have my personal political thing, but we never wanted it to stain the show.

I went to a couple Academy Awards parties and I was definitely like, 'Whoa, no one will talk to me.'

I would vote for a Mormon.

I'm a producer... I am a Hollywood producer. That is so weird. And it's not lame. But it's just like, how did that happen?

I've been to China and Russia, and I don't know anything about Chinese or Soviet relations.

In our show, there's usually a comeuppance. Or, if not, it's an anti-ending. And you're supposed to get that.

Much more quotes by Matt Stone below the page.

Ripping on Republicans is not that fun for us only because everyone else does it.

Tags: Else, Everyone, Fun

Sometimes I wish I could get fired.

That decision to commit your life to certain principles and a certain narrative, if I wrote a paper on that, I know I'd find inconsistencies.

The pride of the hipster food movement is sort of annoying, but it fascinates me.

There's something uniquely aggravating about the smugness of liberal Hollywood.

We are entertainers. We're trying to entertain people.

We were the only ones interested in comedy. Everybody else wanted to be Martin Scorsese.

We're kind of like the smoking section in high school. We're immature, keep to ourselves.

We've been around long enough and have been to enough award shows to know that it is easy to lose to Phil Collins at any time.

We've rewritten entire scenes and had them animated twelve hours before the show goes on the air. It's not fun.

With religion I was always like, 'Does it matter if it's true if it makes you happy?'