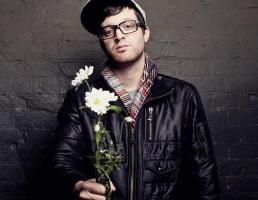 See the gallery for quotes by Mayer Hawthorne. You can to use those 8 images of quotes as a desktop wallpapers. 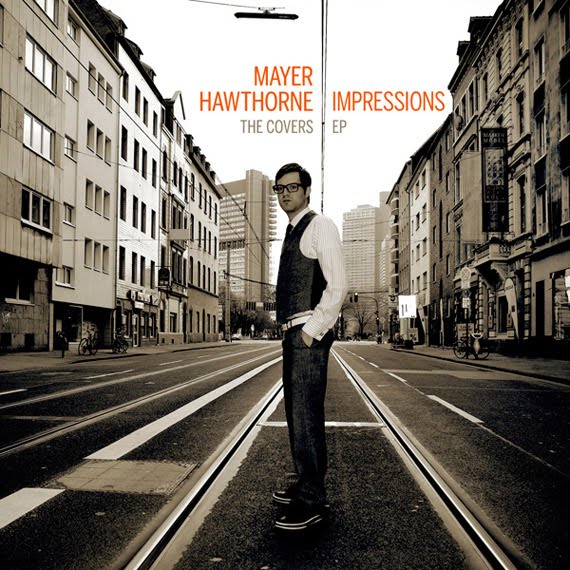 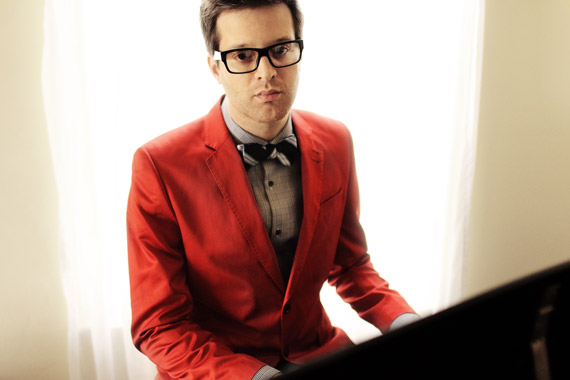 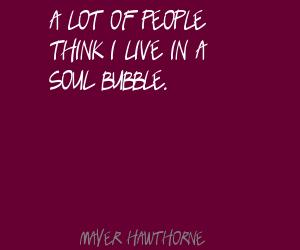 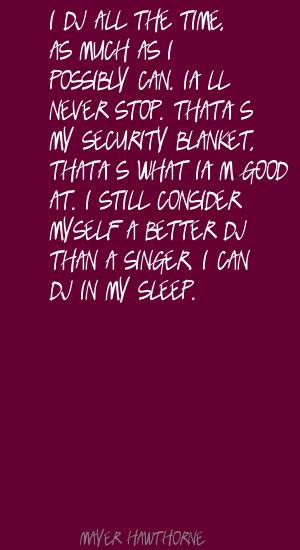 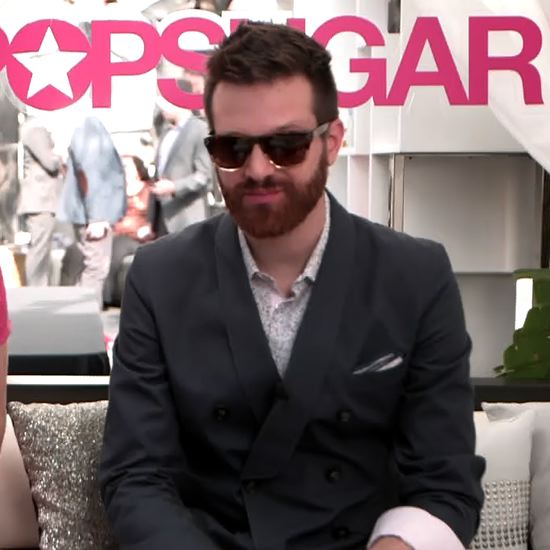 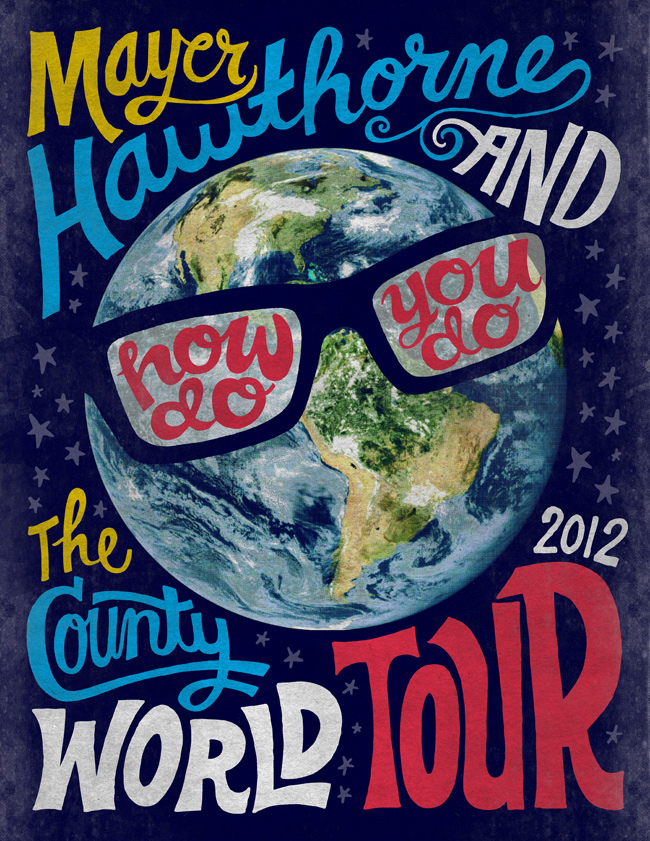 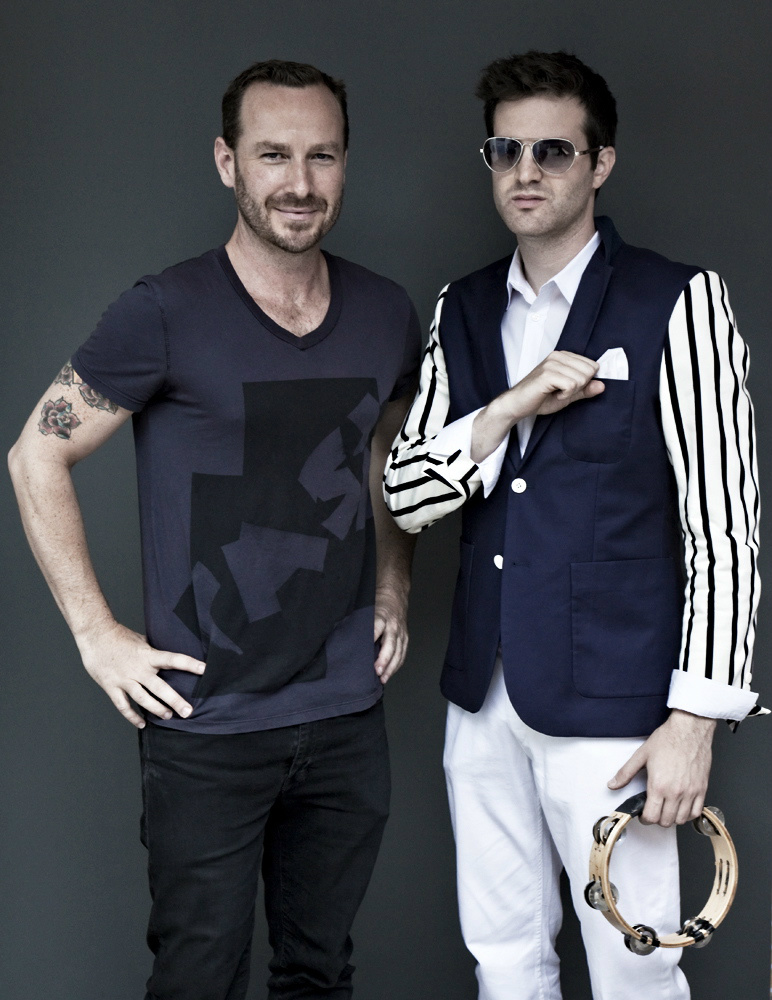 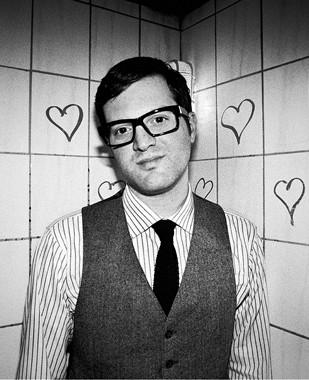 Nowhere on earth has more soul than Detroit.

That's one of the most important things to me is that Detroit and Ann Arbor got my back. If you don't have hometown love, then what's the point?

A big part of the Motown formula was, they took music and turned it into this sort of automotive assembly line. They were cranking out 10 songs a day in that studio, or more.

Barry White, Smokey Robinson and Curtis Mayfield are big influences for me. But I'm also a metal head. I was in a bunch of punk rock bands. The Bee Gees, hip-hop and the Beach Boys are just as much of an influence on me as Smokey.

Even when I was a hip-hop DJ I always kept it classy. The motto is always 'flashy but classy.' You've got to be original and stand out from the crowd and take some chances. But you've always got to keep it classy.

Everybody comments that I'm white. I'm surprised I haven't gotten more criticism for it. I'm always expecting any day now it's gonna come. I guess I just attribute the lack of hate to people hearing the music and hearing how much I genuinely love it.

I couldn't live in L.A. and not be close to the beach, you know, that's like the whole thing. I don't understand people who don't live by the beach. Why would you not?

I didn't appreciate Mick Jagger until I got older, and mainly because of the Mick Jagger swagger. He defined that for the world. He was bold and adventurous with it, too - just the ultimate rock star.

I grew up in the '80s and '90s listening to Public Enemy and Mobb Deep and the Smashing Pumpkins. I don't even know what it was like in the '60s - I wasn't alive then - so the Mayer Hawthorne sound is taking what I can learn from the classics, and blending it with my hip-hop DJ and producer background and punk-rock bands that I played in as a kid.

I really love rap music. I grew up in the '80s and '90s with Public Enemy, N.W.A., LL Cool J - I'm a hip-hop encyclopedia. But I got kind of frustrated with the chauvinistic side of rap music, the one that makes it hard to write songs about love and relationships.

I was really fortunate growing up to have a broad musical education. My parents listened to all kinds of music, rock, soul, Motown, jazz, Frank Sinatra, everything.

I'm a serious student of music, a perfectionist in the studio, and I take the arrangement and production of it very seriously, down to the mixing and mastering even. But at the same time I'm having so much fun with it. I try not to take myself so seriously.

I've always been the DJ or the bass player or the drummer, somebody in the background. I don't think anybody who knows me personally would say that I'm particularly shy or introverted, but I'm definitely not like Mr. Attention.

I've always loved records, even when I was a kid, my parents would buy me records instead of a lot of the other toys kids got. That's what I wanted. I've been collecting records and DJing my whole life, and I thank my parents for that. They had a big record collection and really imparted the magic of it on me.

I've been really lucky to have had my fair share of relationships over the years and experiences to draw from. But I would say that I generally am not the one doing the heartbreaking.

James Brown is the perfect example of flashy but classy. Classy doesn't have to mean boring. His gear was flamboyant but without being so over the top. The cape was probably the biggest part of his persona. He looked like Superman.

Marvin Gaye was the ultimate ladies' man and a big part of that was the way he dressed. If you're having trouble getting ladies, step your suit game up and see the difference. Walk into a bar in a tailored suit and I guarantee every girl will check you out.

My dad calls me 'Mac' a lot, from 'Mike Tyson's Punch Out' - Little Mac is the main character. I was obsessed. I can still beat Mike Tyson on 'Punch Out.'

People will send me tweets or texts, 'Yo, I'm at Red Lobster now and they're playing Mayer Hawthorne,' more of that kind of stuff, which is hilarious.

Shout out to Daryl Hall. He is the best. One of my true musical heroes. He comes from the Philly area so when it comes to true soul, the guy obviously is the expert.

When you're a soul singer, I'm singing a lot of songs about love and relationships that I think a lot of girls really relate to. For whatever reason, that seems to get 'em excited. The DJ, everyone always says the DJ gets all the chicks, but that's never been my experience.

With any cover, I like to choose songs that affected me strongly already. So it's tough sometimes to take a song that you love so much and put your own spin on it because you get such a strong feeling from the original.

Much more quotes by Mayer Hawthorne below the page.

I DJ all the time, as much as I possibly can. I'll never stop. That's my security blanket, that's what I'm good at. I still consider myself a better DJ than a singer. I can DJ in my sleep.

A lot of people think I live in a soul bubble.

Breakfast is the most important meal of the day and I definitely have a hearty breakfast before I do anything.

Drums, bass, guitar, keys, I play a little of each of those.

Gary Numan had a huge influence on both my music and my style. He had his own unique fashion sense - that futuristic space style. It was out there.

I don't think I've ever had more fun doing anything in my life than trading verses with Daryl Hall on 'Private Eyes.' That's as fun as it gets.

I don't want kids listening to my music thinking it's for their parents. I want them to feel it's theirs.

I grew up in Ann Arbor, about 25 miles west of Detroit. And when you grow up in that area, you get a healthy dose of Motown automatically.

I just want to have fun and party with everyone around the world. That's the only rule, to have fun.

I just want to make music as long as I can and reach as many people as I can.

I make soul music for hip-hop heads. It's music I'd want to sample if I were a rapper.

I never have, but I would love to pick R. Kelly's brain.

I shopped at J. Crew in high school, I studied computer science. I was a nerd-nerd, now I'm a music-nerd.

I think that Detroiters are some of the most resilient people in the world.

I think that what happens is that all of my modern influences blend together with the older soul influences and you get Mayer Hawthorne.

I try to make sure that I make music that can stand the test of time.

I've always made sure that I tour with bands that people aren't expecting me to tour with.

I've been DJing since before I could read the labels on the records.

I've been through a lot of situations with women and if I can help someone else avoid the pitfalls that I've gone through then I'm happy to help.

It's important that when kids are listening to my music they don't think of it as their parent's music.

Music is timeless, so I want to give people shows they'll never forget so that I can do this forever.

My intentions with any of my music is to keep it futuristic and updated and be experimental and try new things.

My singing really seemed to connect with people, and it ended up as my main career, which I love.