See the gallery for quotes by Nolan Bushnell. You can to use those 6 images of quotes as a desktop wallpapers. 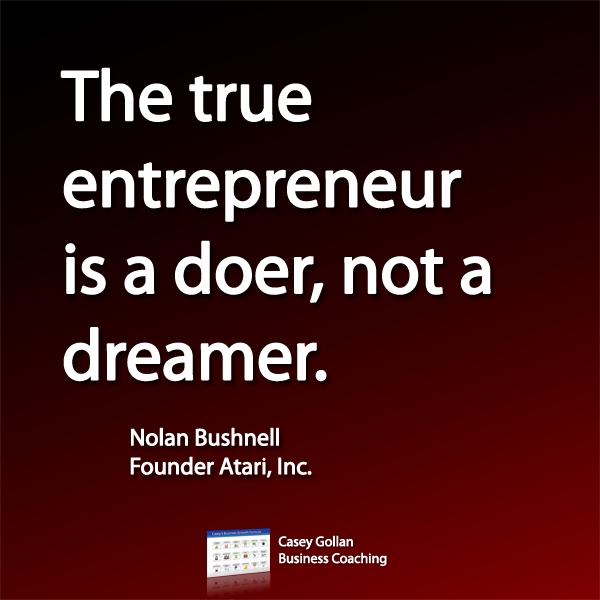 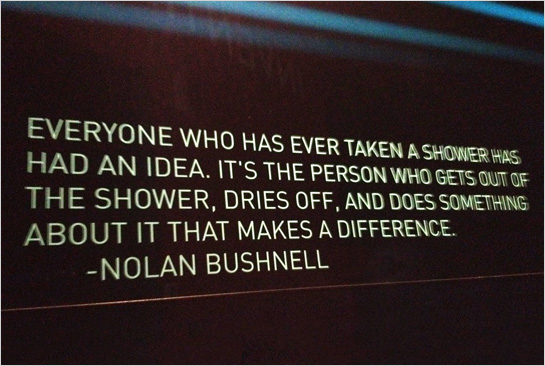 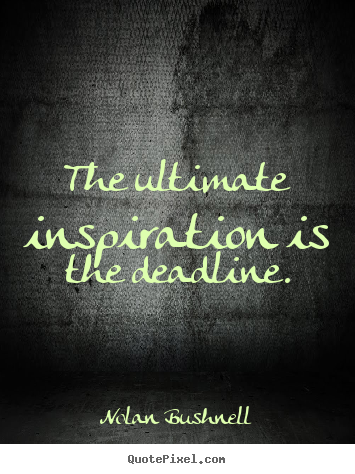 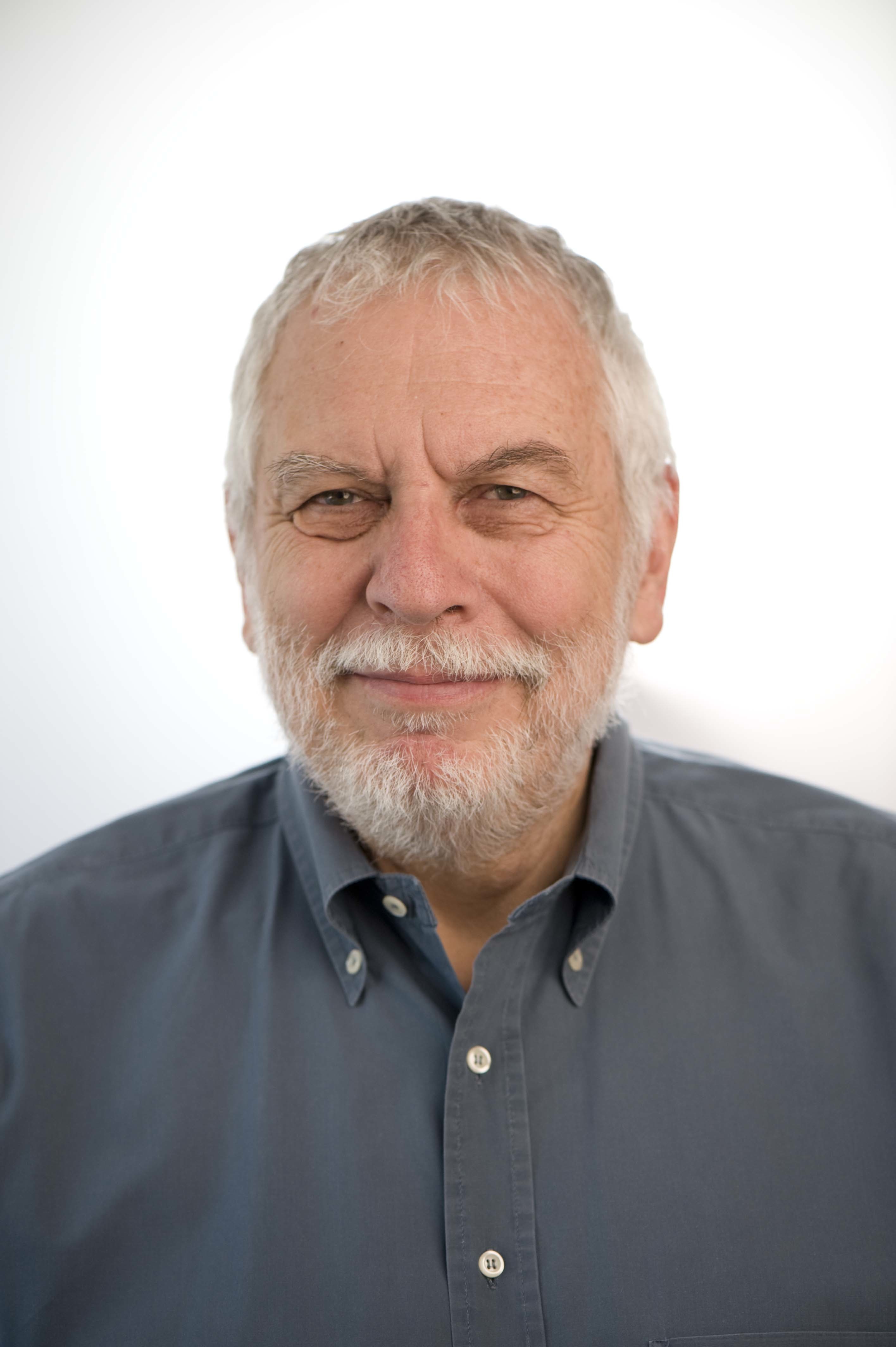 The big problem that UWink had was we were essentially building tablets because they hadn't been invented yet. That drove up the cost a lot.

The game business reinvents itself every five years.

The idea is to become a best-selling author first and then the rest of my books will be slam dunks.

The truly creative people tend to be outliers.

The ultimate inspiration is the deadline.

We didn't do a square ball in 'Pong' because we thought it was cool. We did it because that was all we could do.

We're moving away from a credentialed society to a merit society.

You wanna build your IQ higher in the next two years? Be uncomfortable. That means, learn something where you have a beginner's mind.

A good interviewer is able to ferret out what the applicant is really passionate about. Ask them what they do for fun, what they're reading, try and find out if they have a life outside of work.

A lot of what is wrong with corporate America has to do with a culture filled with antibodies trained to expel anything different. HR departments often want cookie cutter employees, which inevitably results in cookie cutter solutions.

Atari showed that young people could start big companies. Without that example it would have been harder for Jobs and Bill Gates, and people who came after them, to do what they did.

Creativity is every company's first driver. It's where everything starts, where energy and forward motion originate. Without that first charge of creativity, nothing else can take place.

Do I really want to do a mobile game that's one of 300,000, where discoverability is everything? You really have to have a little more sizzle on the steak. I would rather be one of 100 apps for Google Glass than one of 300,000 for iOS and Android.

Everybody copied Atari products. So we started messing with them and it was fun. We bought enough chips that we could get them mislabeled. So we bankrupted at least two companies which copied our boards, and bought all the parts but they were the wrong parts, so they're sitting on all this inventory they can't sell because the games don't work.

How about keyboards in your mouth? How fast can you type with your tongue? People will think you're just masticating, when you're really talking to your girlfriend.

I always loved both 'Breakout' and 'Asteroids' - I thought they were really good games. There was another game called 'Tempest' that I thought was really cool, and it represented a really hard technology. It's probably one of the only colour-vector screens that was used in the computer graphics field at that time.

I founded Atari in my garage in Santa Clara while at Stanford. When I was in school, I took a lot of business classes. I was really fascinated by economics. You end up having to be a marketeer, finance maven and a little bit of a technologist in order to get a business going.

I never, ever, saw the evil Steve Jobs. He was always the most well-mannered and respectful guy I knew. And we got to be pretty good friends. He didn't suffer fools gladly. I guess he didn't think I was a fool.

I was actually the manager of the games department of an amusement park when I was at college, so I understood the coin-op side of the games business very well.

Much more quotes by Nolan Bushnell below the page.

I'm glad to see the casual game play coming back now on the Internet, games that aren't violent, that aren't complex that you can sit down and you can have some fun.

I've been in navigation systems, robotics, restaurants, communications systems, touch screens, and now I'm back in games. I like to say I have five-year A.D.D.

In 1980, Atari was bringing in around two billion dollars in revenue and Chuck E. Cheese's some five hundred million. I still didn't feel too bad that I had turned down a one-third ownership of Apple - although I was beginning to think it might turn out to be a mistake.

In 1980, business at my company, Chuck E. Cheese's, was thriving and I was feeling flush. So I bought a very large house on the Champ de Mars in Paris, right between the Eiffel Tower and the Ecole Militaire. The home was quite amazing: At six stories, it spanned 15,000 square feet and featured marble staircases and a swimming pool in the basement.

In the early days of the video game business, everybody played. The question is, what happened? My theory - and I think it's pretty well borne out - is that in the '80s, games got gory, and that lost the women. And then they got complex, and that lost the casual gamer.

Innovation is hard. It really is. Because most people don't get it. Remember, the automobile, the airplane, the telephone, these were all considered toys at their introduction because they had no constituency. They were too new.

Learning ballroom dancing is great for your brain. But it only works for three to six months. After that, you've got all the benefit you can get, and so you have to move on to yoga, and then Tai Chi, and then bridge, always keeping on the steep part of the learning curve.

One of the big concerns I have is that most of the HR departments in a lot of companies are hiring away from creativity and they don't know it. For instance, they are requiring everybody to have a college degree. The most creative people I know couldn't deal with college.

'Pong' hit the fancy. It was sort of the perfect storm of a game which has two players highly social, a game that women could play better than a guy, and sort of an acceptance of this social nature of games in a bar.

Remember that we can only in our forebrains handle 5-7 items. Our backbrains can handle massive amounts. So when you're given a problem, think about it before you go sleep, and chances are you can solve it by the next morning.

Selling Atari when I did - I think that's my biggest regret. And I probably should have gotten back heavily into the games business in the late Eighties. But I was operating under this theory at the time that the way to have an interesting life was to reinvent yourself every five or six years.

Sometimes when you hire people who have to pass a Mr. Congeniality test, you end up losing some of the non-conformists who will give you different views and perspectives.

The subtle generational cues that make one thing cool and another uncool aren't always obvious to a parent. My children are my dinner-table sounding board. I've come up with some wonderful ideas that they universally dismissed as 'lame.'

The thing we don't want to do is overstate the benefits, but there is all kinds of proof that exercise, both physical and mental, increases brain activity.

There are a lot of things about having money that are perceived to be cool but that aren't. Maybe if you're a CEO jerk who likes going coast to coast by himself in a G4, then that's fine. But that's not me. And it never will be.

These days when you say 'videogame', people think of immersive games that take over your life and require three thumbs to control. My goal is to create games that almost retreat into the background. I'm interested in bringing them back to their role as a social facilitator, the way party games help people to interact.

Today, companies have to radically revolutionize themselves every few years just to stay relevant. That's because technology and the Internet have transformed the business landscape forever. The fast-paced digital age has accelerated the need for companies to become agile.

Walk to work, even if it's four miles. Ride a bike to work. Drive a different way. On your way there, try to find beauty. You'd be surprised how much more of the neighborhood you can perceive and experience when you're looking for unique spots of beauty.

We had some really powerful technology - Atari always was a technology-driven company, and we were very keen on keeping the technological edge on everything. There's a whole bunch of things that we innovated. We made the first computer that did stamps or sprites, we did screen-mapping for the very first time, and a lot of stuff like that.

When I was running Atari, violence against humanoid figures was not allowed. We'd let you shoot at a tank... but we drew the line at shooting at people, with blood splattering everywhere.

When it kind of went to 'Street Fighter', where you had to push 13 buttons with all 13 of your fingers and ripped the spine out of somebody, you know, violent games lost the women. Complexity lost the casual gamer.

Women were very, very good at 'Pong'. It was part of the dating scene. The number of people who told me they met their wife or husband playing 'Pong' was huge. They were shoulder to shoulder, talking and playing. It was body contact and verbal contact.

Young adults love to play games and they're thirsty for social interaction, but a lot of bar and restaurant experiences are quite unsatisfactory on the social level. What young people need is a place that has the feel of an unhosted party where they find themselves interacting with like-minded strangers.

Everyone who's ever taken a shower has an idea. It's the person who gets out of the shower, dries off and does something about it who makes a difference.

Tags: Everyone, Leadership, Off

Hire for passion and intensity; there is training for everything else.

I want to fix education in the world. As soon as I work on that, I am going to work on world hunger and then world peace.

All schools will end up using game metrics in the future.

Being your own boss is much superior to working for the man. Including working for your father.

Everybody believes in innovation until they see it. Then they think, 'Oh, no; that'll never work. It's too different.'

Tags: Everybody, Until, Work

'Grand Theft Auto', in its deification of antisocial behavior, is where I heap the most of my scorn.

I basically look at PR as something you do if there's an object in mind. But my ego doesn't need it.

I believe there are Steve Jobses all around us. Really, what is happening is that they're being edited out of importance.

I guess I'd like to be known for being an innovator, fostering creativity, thinking outside the box. You know, keeping people playful.

I had an awful lot of my soul invested in Atari culture.

I just want the future to happen faster. I can't imagine the future without robots.

I think 'Something Ventured' is a nice piece because it celebrates venture capital in a unique and powerful way.

I try to get a vision of the future, and then I try to figure out where the discontinuities are.

I'd love to design a school.

I'm the only one who was predicting the Nintendo Wii would beat Sony's PlayStation 3.

I've always been a tech-head.

In 1989, SimCity introduced an entirely new brand of game play.

My sweet spot is figuring out how to make a product that people love and how to refine it to make them love it more. All the rest is business noise.

Radical innovation is difficult to fund. It seems scary. And the really radical things seem even more scary.

Some of the best projects to ever come out of Atari or Chuck E. Cheese's were from high school dropouts, college dropouts. One guy had been in jail.