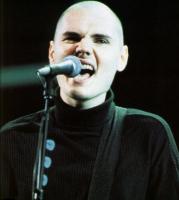 See the gallery for quotes by Billy Corgan. You can to use those 8 images of quotes as a desktop wallpapers. 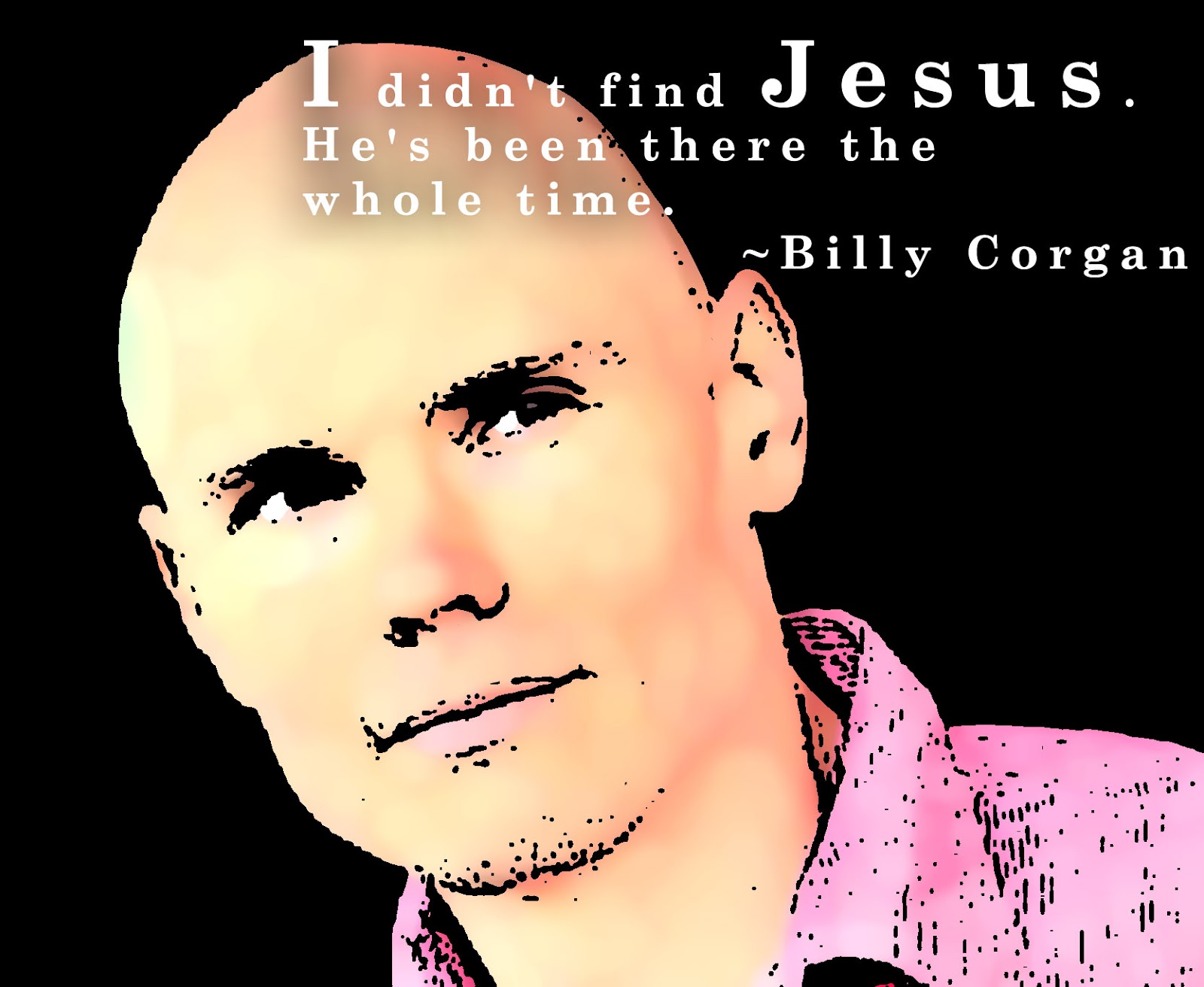 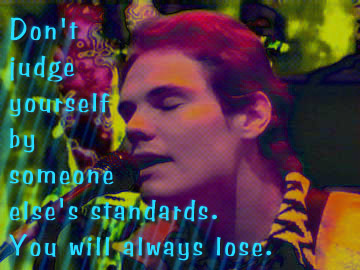 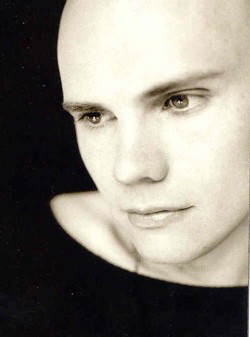 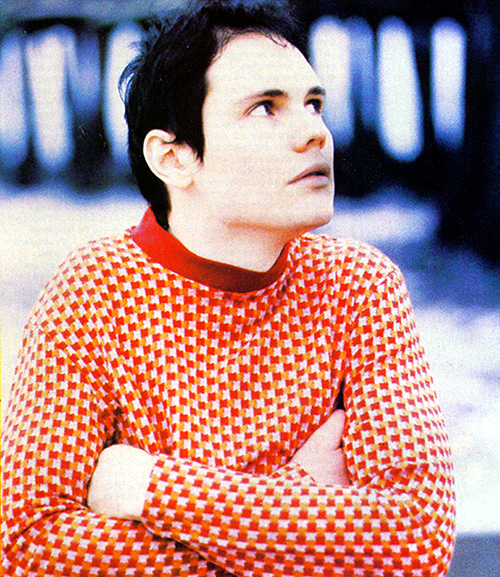 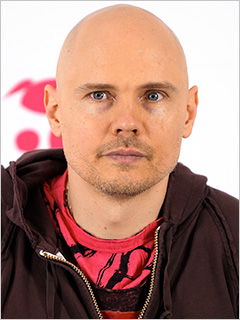 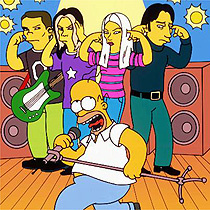 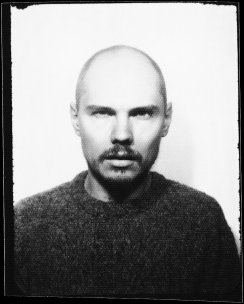 I was part of a generation that changed the world, and it was taken over by posers.

I'm sort of like a lame, single guy in a red sports car.

In a weird kind of way, music has afforded me an idealism and perfectionism that I could never attain as me.

In my case I don't mind playing a character that irritates people or makes people question my sanity.

Like any good tree that one would hope to grow, we must set our roots deep into the ground so that what is real will prosper in the Light of Love.

There's a lot of days where you feel forgotten.

Where is this great love for rock and roll that existed for 50 or 60 years?

All I can go on is my own value system.

Do I belong in the conversation about the best artists in the world? My answer is yes, I do.

For someone who's had the level of success I've had, there's been very little critical review of my work, which is pretty fascinating.

I always thought Kurt Cobain was the perfect embodiment of the great alternative guitar player.

I believe that if the Tribune company ever tries to close down Wrigley Field that you will have a protest from every corner of the globe.

I do not think wrestling is going to save the world.

I do not trust those who make the vaccines, or the apparatus behind it all to push it on us through fear.

I don't wanna play this kind of cartoon character anymore.

I don't want to be a dead hero.

I grew up in a house of no love or emotion - it kind of sticks with you.

I had such a big mouth for so long that it doesn't faze anybody anymore.

I look at other members of my generation who have basically done one thing, and one thing well, and have been handsomely rewarded for it.

I mean, I'm certainly not a 'teaophyte,' or whatever the word would be.

I often have deer on my property and there's a fox and owls. You're not going to see that in the city.

Much more quotes by Billy Corgan below the page.

I realize I'm a mirror.

I still believe in my country.

I tend to be reactionary.

I think rock & roll has prepared me for a lot of flexibility.

I think the days of working with producers in the conventional sense are over for me.

I walked away from going to church when I was 8. I didn't set foot in another church until I was 28.

Tags: Another, Away, Until

I want people to see me happy.

I was brought up Roman Catholic. I'm not even baptized.

I was trying to be this person who is cool, eternally rocking.

I went to see a shaman. He put his hands on me, and I cried like a baby for an hour.

I work differently than most people.

I'd reached a point where there was a direct conflict between what I was trying to be and who I really was.

I'm attacking the pomposity that says this is more valuable than that. I'm sick of that.

I'm from a lower middle class background; all my family were immigrants.

I'm prepared to spend the rest of my life playing clubs, if that means I'm playing music that I believe in.

I'm viewed as this weird, crippled character. But you got to take your lumps.

I've seen foreigners really shift on their view of America, and that's hard for me to take.

If you don't fit into this kind of like gossipy, trendy, Web-hit thingy, you're relegated to sort of second-class celebrity status.

In my particular instance, I came from a family that didn't have anything. Everything I earned in life I made. Myself. With songs that I wrote.

Indie world won't have me, and mainstream world treats me like an alien, but here I am still floating between these two worlds.

Injuries are nothing to be ashamed about.

It just doesn't work without the others.

It's a simple formula for me now, I don't play any song I don't want to play.

Most people don't know that wrestling came out of the circus.

Music is your guide.

My father was a guitar player, and I was raised with a super high standard of what good guitar playing was.

My step-mom would tell me that she would get complaints from adults that I stared too much at them.

People think I take some sort of masochistic pleasure out of putting out music that's gonna be unpopular.

Radiohead and Our Lady Peace are doing the seven layers of guitar, and I kind of jumped on that before anyone else did.

Rock and Roll is still asking people like me to live up to the old guard's concept of what success is but it doesn't mean anything.

Rock in the mainstream culture has lost a lot of its mojo.

Saturn Return is just the return of your planets to their original position.

Soon you won't even have the choice to live or die as you wish!

The desire to hit a big home run is dominating the music business.

The funny thing about me that most people never really understand is that, at heart, I'm really a jock.

The things I'm guided to do are really strange to me.

There are people out there who are older who are cool. I want that.

There is something mighty suspicious about declaring an emergency for something that has yet to show itself to be a grand pandemic.

To be able to put your arms around 24 years of music, it's really fun.

To me, it's the folly of man to make God human.

To re-embrace what I once loved about music has been a warming process for me, because it's a good, earned feeling now.

Ultimately, running a band is about the relationships you have with people.

We need to get back to a level of social responsibility that we haven't seen for a long time.

Well, all rock and roll is based in artifice.

Well, I'm known as a guitar-rock guy, you know? You're not supposed to play with synthesizers. This is not in the rulebook.

What most people do is try to find a comfortable persona that they're in alignment with and the public likes and appreciates them for.

When I've tried to reinvent the wheel, I get bashed for not doing the familiar things.

When you actually like each other, it translates to the music.

You have to keep adapting to the times. If you kind of go with it, it can kind of fun.

You just reach a point sometimes with somebody where it just doesn't work.

I was raised a Christian, but I wouldn't call myself a Christian now. I think when I was younger it was easier to focus on the negative, nihilist vision... this is sort of picking up on the other half of the body, which is God and white light.

I had concussions as a kid playing football and basketball, and know what it feels like and to have someone say 'Just rub some dirt on it, and get back in there.'

My version, of course, is not this flag-waving, let's all get on the Jesus train and ride out of hell. I'm not that kind of guy. It's an embrace that life is good, worth living and yeah, it's not easy, but there are more pluses than minuses.

As a citizen of the great city of Chicago, I find it impossible to root against the White Sox. The White Sox organization has been much more consistent, in my lifetime at least, at putting a winning ballclub on the field.

I did 13-something years of talking to wrestlers and promoters about why they did certain things and why they booked matches a certain way and what they were thinking and whether they were satisfied with the draw. And I got a lot of insight in the business.

I didn't grow up with my mother, and so losing her for real was like, some sort of latent childhood, some sort of unresolved issue. When she left for real, it was sort of like, I was done.

I don't think people are fans of me because I wrote hit songs. I think they're fans because I'm a lunatic or a weirdo. The hit songs came out of my idiosyncratic personality, not the other way around.

I don't think people buy records because of anything that happens on Facebook. They buy records cause they're friends say 'I bought this record and I love it.'

I lay a lot of blame at the feet of Dusty Baker for not being more strict about fundamentals, which I think would give the team a stronger day-to-day identity.

I mean my point as an artist is I'm on my own little weird journey across the sky here and whether or not anybody's listening, or listening to the degree I would like them to, at the end of the day has to be an inconsequential thing because I can't chase this culture.

I mean there's certainly a lot of progressive rock and metal that exists at the underground level, which has its own vitality, as it should. But it seems to have lost its ability to really charge up the hill.

I started thinking that if post modernism is about people opening up all their skeletons, I'm going the other way. I don't want anyone knowing anything about me anymore.

I think long and hard about what it is I'm actually trying to do, and then I kind of have to narrow my focus into that. If I don't, I'm too all over the place.

I think when I listen to old records, it puts me back in the atmosphere of what it felt like to make the record and who was there and what the room looked like. It's more a sensory memory.

I was fantasising about my own death, I started thinking what my funeral would be like and what music would be played, I was at that level of insanity.