See the gallery for quotes by Eddie Vedder. You can to use those 8 images of quotes as a desktop wallpapers. 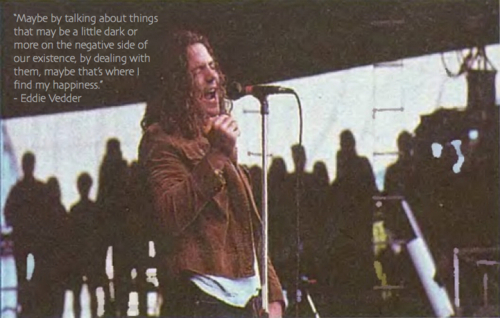 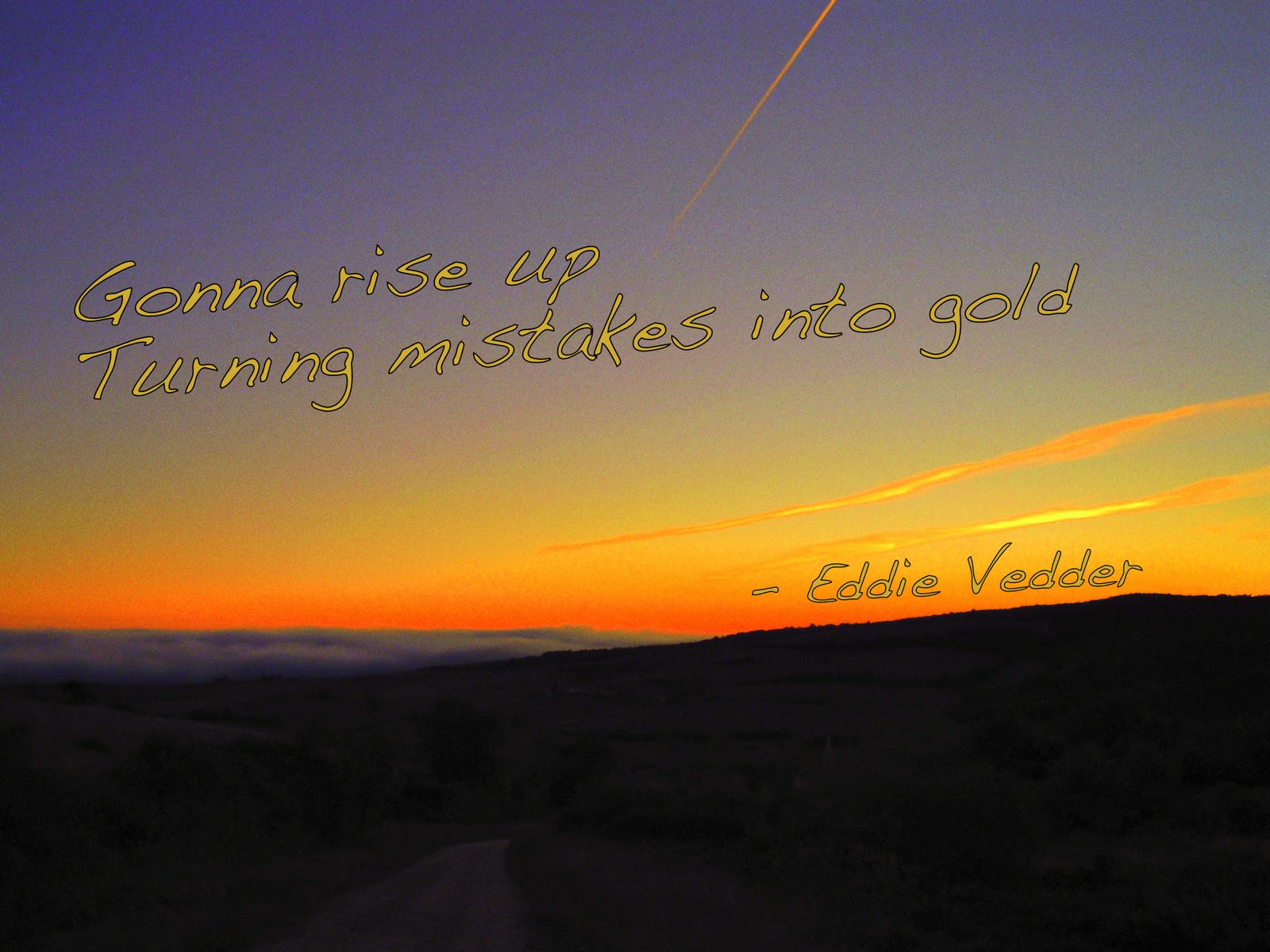 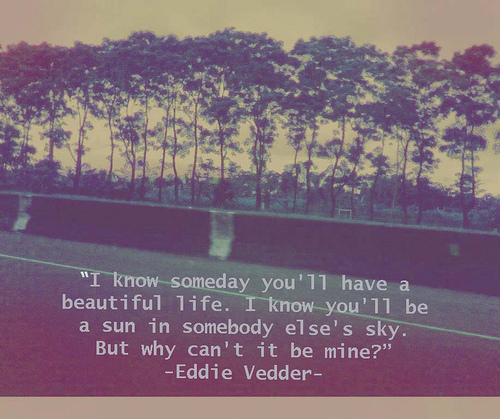 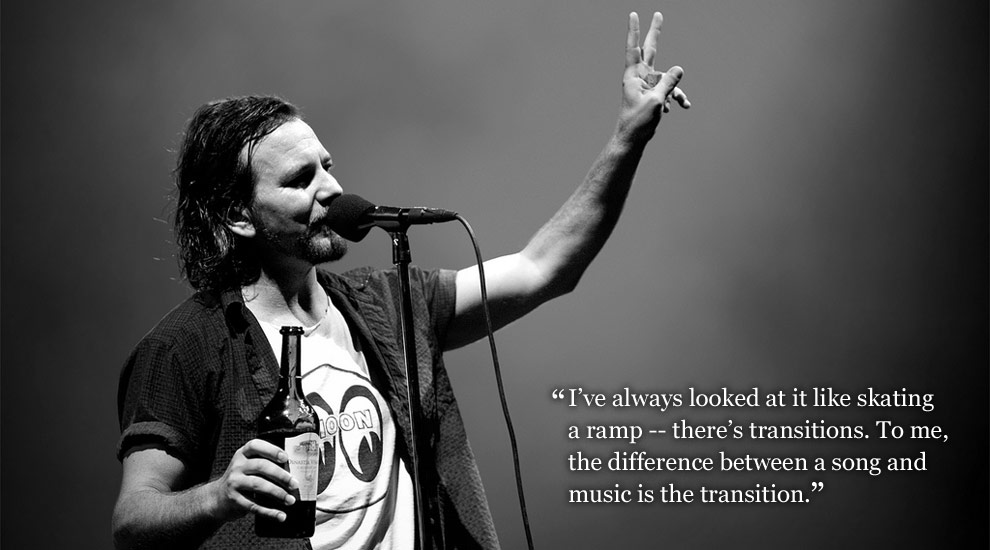 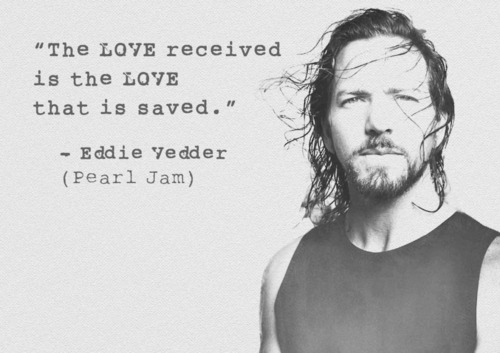 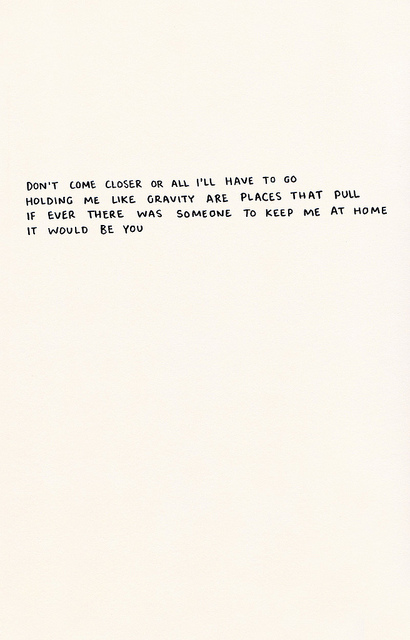 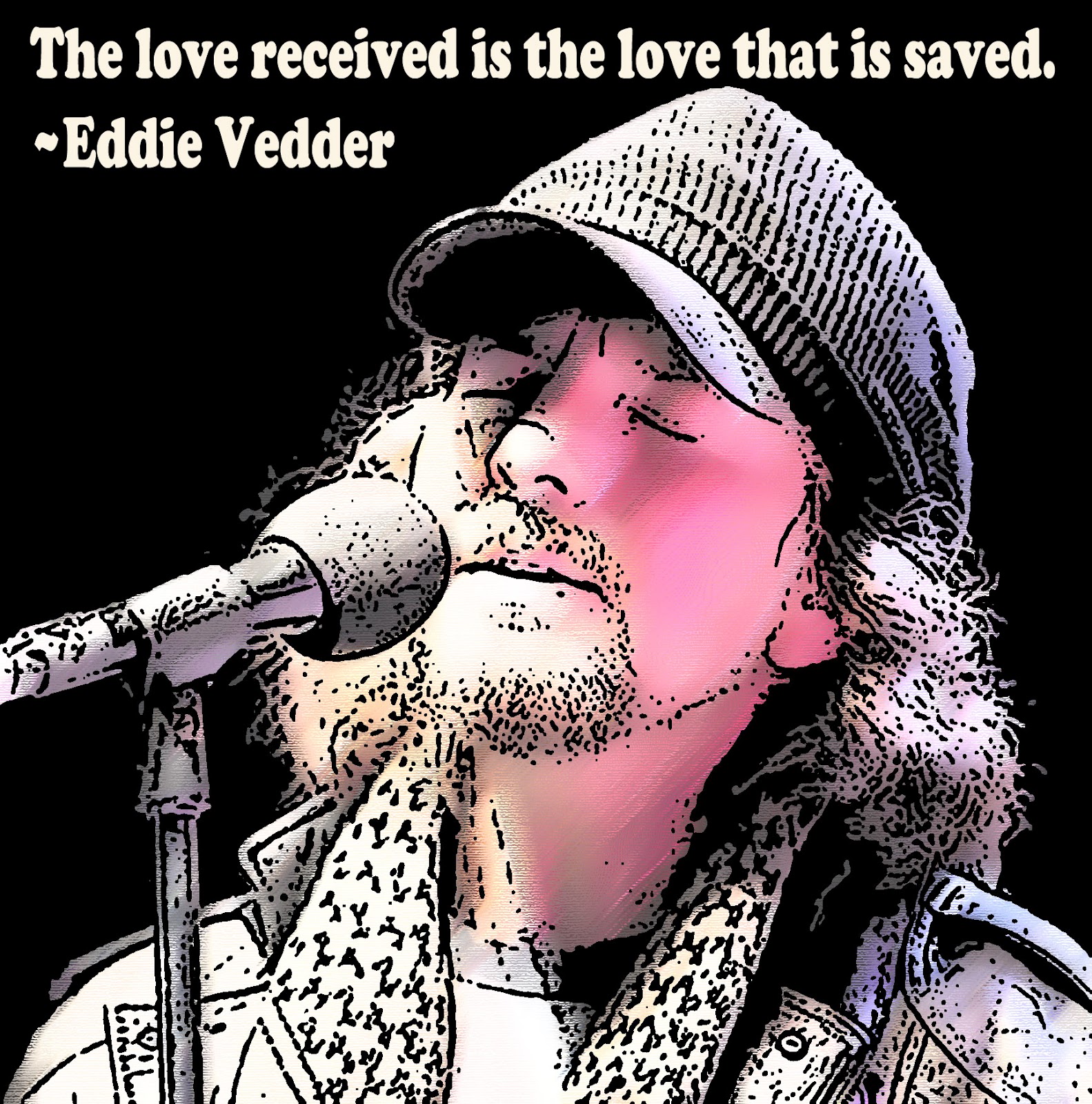 Sometimes, whether you like it or not, people elevate you. It's real easy to fall.

The one thing about going from the audience to the stage in just three years is that you know how it feels to be down there.

You know, punk bands now sell with one record - their first or second record - sell 10 times the amount of records than the Ramones did throughout their career with 20-something records. That's why I go over to Johnny Ramone's house and do yard work three times a week, just to absolve some of the guilt.

Do you force your kids to pay attention to what's going on, or do you let them live their lives outside of it? My hope is that my child is a strong activist. That would make me most proud.

I realized in the early days I just didn't edit at all. But I think you become a little more cagey with your lyrics when you know more people are going to hear them and make assumptions about you as a person. Realizing that, you want to be a little more opaque.

When it comes to grunge or even just Seattle, I think there was one band that made the definitive music of the time. It wasn't us or Nirvana, but Mudhoney. Nirvana delivered it to the world, but Mudhoney were the band of that time and sound.

As far as viewpoints, I think I'm more well-rounded and definitely more educated, and probably more hopeful than I used to be. I think when you're young and you get into a cause, you get frustrated with it within a few years, or six months.

At a certain point, you realize you have a responsibility more behind yourself and your need for adrenaline. I'm glad I did things in my 20s that were more reckless.

I had actually been going to Hawaii for quite a while before I ever picked up the uke. I think with anything new you're going to get more enjoyment out of it if it comes to you quickly, and the uke facilitates that.

Tags: Actually, Quite, While

I just have this deep kind of connection to reality of being like... in a way, I feel like a dock worker. I want to stay in connection with my dock-worker side, 'cause that's how I grew up.

I think the hardest thing about making music now is being a great dad at the same time. There's an insanity that goes with writing - a mad scientist thing that you have to go through - and sacrificing a kid's upbringing to do that is not an option.

I was living on the wrong side of the tracks in Evanston, Illinois, in a home for boys. We had these Jackson 5 records. I really related to their voices - they were about my age, but they were doing it.

I'd like people to be educated on the voting machines, making sure that our democracy isn't being hijacked by computer technology. There's no reason there can't be a paper trail on those machines.

I'm not ready to be that guy who can meet with world leaders and all that. It's tremendous what Bono does. I don't know if I could do it, not the way he does. I don't think many people could.

If at noon you sit down and there's just silence or blank tape, in an hour if you have a song, that didn't exist an hour ago. Now it exists and it might exist for a long time. There's something empowering about that.

If I'm not on tour or in the studio, I'm in nature somewhere, usually some kind of ocean. Playing music has afforded me that. It's not lost on me that it's a tremendous opportunity to be able to spend your life being surrounded by nature.

If there was anything that I learned with my own writing process, maybe there's too many choices what to write about. Just the amount of subject matter in the world these days; maybe that feels chaotic for me.

No matter how good you are, at some point your kids are gonna have to create their own independence and think that Mom and Dad aren't cool, just to establish themselves. That's what adolescence is about. They're gonna go through that no matter what.

Our influences are who we are. It's rare that anything is an absolutely pure vision; even Daniel Johnston sounds like the Beatles. And that's the problem with the bands I'm always asked about, the ones derivative of the early Seattle sound. They don't dilute their influences enough.

People on death row, the treatment of animals, women's right to choose. So much in America is based on religious fundamentalist Christianity. Grow up! This is the modern world!

Playing music for as long as I had been playing music and then getting a shot at making a record and at having an audience and stuff, it's just like an untamed force... a different kind of energy.

Pretty much at all times music motivates me. How can I say this without sounding in any way proud of myself? Obviously I've always written songs that are critical of our government, and talk about our times. Hopefully you attempt to be timeless while doing it.

That's part of the curse: If you're gonna play the song, you better play it. I've tried to phone in 'Jeremy' a few times, and it's tough. It doesn't work.

There's a lot of bands that get to a certain level, and it just stops. They scrap it. Compare this to, say, The Rolling Stones or The Who, where they just continued on forever and are still playing, or they quit after 20 years.

Much more quotes by Eddie Vedder below the page.

There's been times when I've been standing in a line at a movie and someone's hit me with something really heavy about someone really close and how our music has helped them get through it. Even in our darkest moments we try and find something beautiful.

We went from an era when rock 'n' roll meant wearing a bustier as a woman and these spandex things and guys trying to portray someone that wasn't realistic. We are trying to make it seem real... relate to our lives.

When I had a child, everyone was telling me that I was going to see the world through her eyes, and everything was going to get this nice gloss to it. I kept waiting for that to happen, and thought there was a real problem with me that it wasn't.

When I was 13, I got my first guitar, and I could sort of play Ted Nugent songs, but I couldn't play the solos. But I could play along with entire Ramones songs.

I think music is the greatest art form that exists, and I think people listen to music for different reasons, and it serves different purposes. Some of it is background music, and some of it is things that might affect a person's day, if not their life, or change an attitude. The best songs are the ones that make you feel something.

It's an art to live with pain... mix the light into gray.

I don't need drugs to make my life tragic.

I'm trying to break any chain of negative parenting that I might have survived.

If it's a good cause, I'll play just about anything.

Life moves fast. As much as you can learn from your history, you have to move forward.

The love received is the love that is saved.

I probably get strangers coming up to me two or three times a week to just say something nice. I get more than my share of compliments as I walk through my daily life. I'm not having to show off or make a point about how good I am at doing something. I think I've always kind of been that way.

I feel like we have to keep our eyes on the road. Being nostalgic is like taking an offramp and getting a sandwich - and then you get back on the highway. I don't want to be spending the rest of my life at the gas station.

I think that if your approach is one where you don't want to alienate anybody, you're going to have to soften the viewpoint or the information that you're offering to such an extent that it doesn't have the power to make any difference. You have to take that risk.

Music was your real passion, this thing you held dear even above family. It was this relationship that never betrayed you. Once it became your job - this thing that was highly visible, this thing that became about commerce - that's when you were holding onto music like it was a palm tree in a hurricane.

I am not a good enough writer to have an agenda or come up with a message and try to put it into a song. It's more like you write what comes to you... You try to reflect the mood of the songs.

After the Ramones, it was more about new wave for me than punk.

Any conversations we hear about 'So who are Pearl Jam marketing to?' are despicable.

I don't know how people do it these days - paparazzi and that kind of thing. That's something I can't even imagine.

I just finished touring, and I'm on a detox thing. It's a heavy detox, so nothing in my belly except water, salt, and cayenne pepper.

I just think that all of us in this room should have a voice in how the USA is represented. And he don't allow us our voice, that's all I'm saying.

I'm an example of someone who never made it to university. I did have this dream to be a musician. I felt that this dream had an expiration date.

It's fun singing with other people who are really good singers. There's something kind of poignant about braiding a couple vocals.