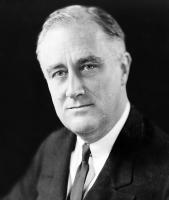 See the gallery for quotes by Franklin D. Roosevelt. You can to use those 8 images of quotes as a desktop wallpapers. 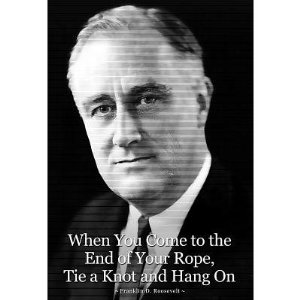 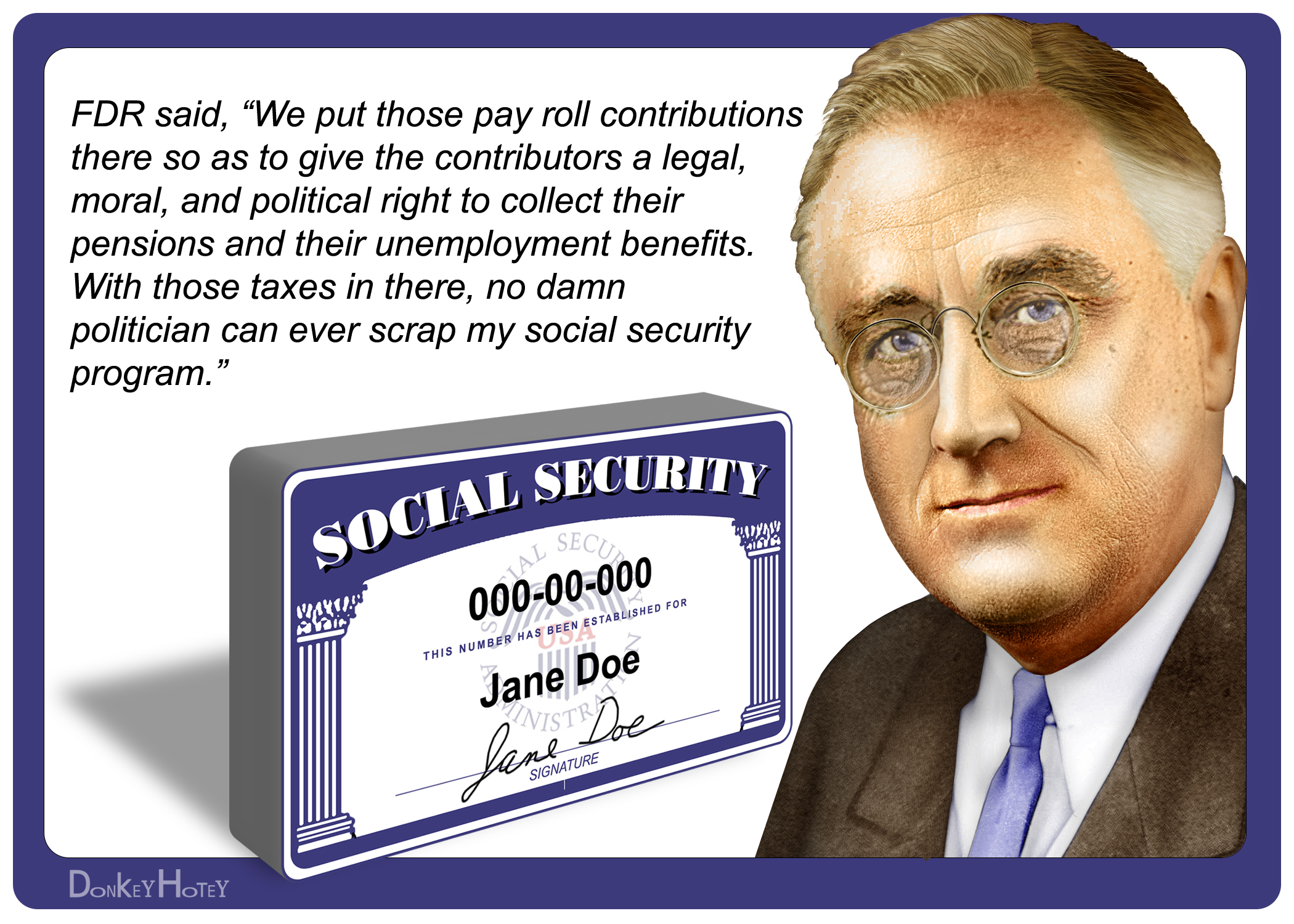 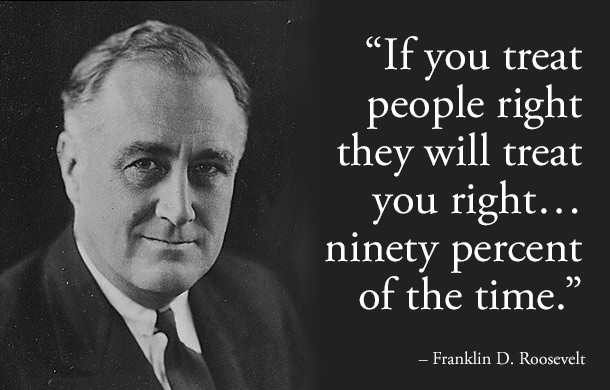 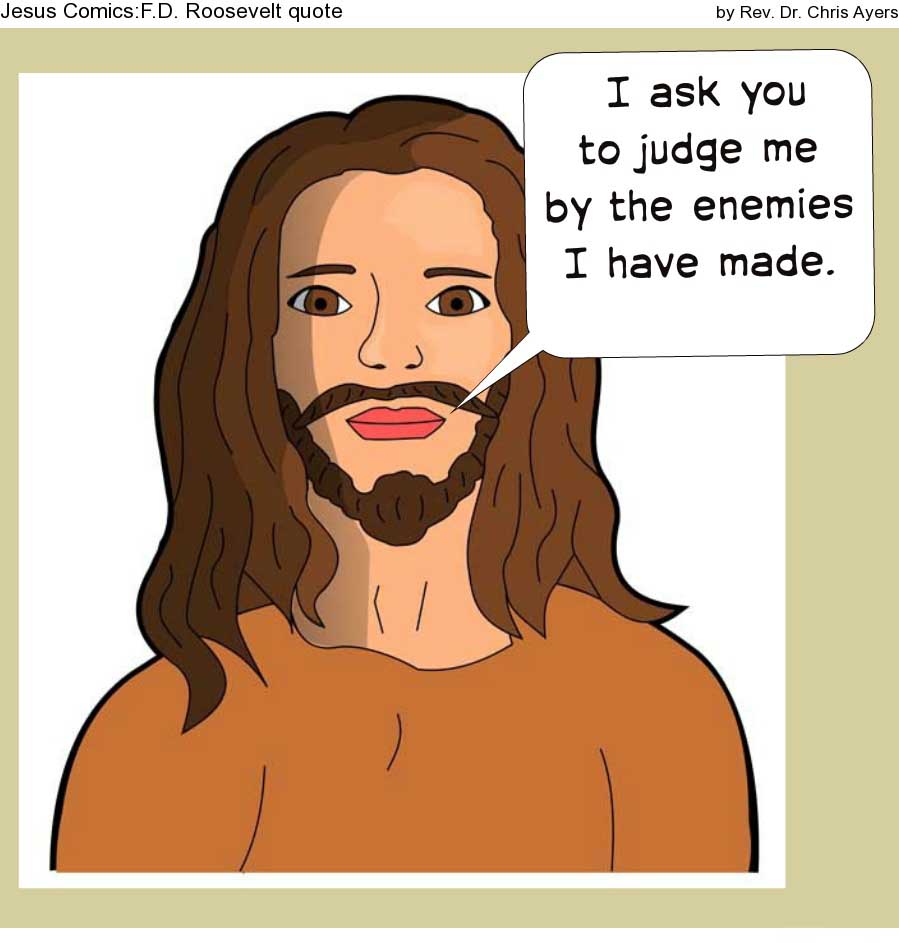 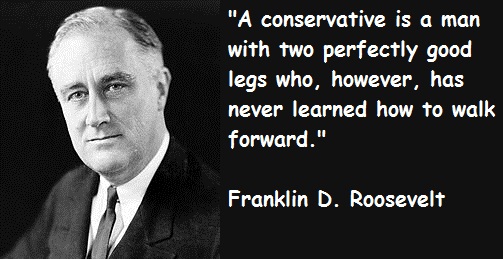 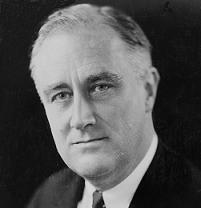 The truth is found when men are free to pursue it.

We are trying to construct a more inclusive society. We are going to make a country in which no one is left out.

Rules are not necessarily sacred, principles are.

Remember you are just an extra in everyone else's play.

Tags: Else, Everyone, Remember

Whoever seeks to set one religion against another seeks to destroy all religion.

Tags: Against, Another, Religion

Much more quotes by Franklin D. Roosevelt below the page.

One thing is sure. We have to do something. We have to do the best we know how at the moment... If it doesn't turn out right, we can modify it as we go along.

In our seeking for economic and political progress, we all go up - or else we all go down.

Be sincere; be brief; be seated.

Not only our future economic soundness but the very soundness of our democratic institutions depends on the determination of our government to give employment to idle men.

No government can help the destinies of people who insist in putting sectional and class consciousness ahead of general weal.

It is fun to be in the same decade with you.

Take a method and try it. If it fails, admit it frankly, and try another. But by all means, try something.

There are as many opinions as there are experts.

There is nothing I love as much as a good fight.

We must lay hold of the fact that economic laws are not made by nature. They are made by human beings.

Are you laboring under the impression that I read these memoranda of yours? I can't even lift them.

I believe that in every country the people themselves are more peaceably and liberally inclined than their governments.

It is the duty of the President to propose and it is the privilege of the Congress to dispose.

War is a contagion.

It takes a long time to bring the past up to the present.

No group and no government can properly prescribe precisely what should constitute the body of knowledge with which true education is concerned.

A reactionary is a somnambulist walking backwards.

The overwhelming majority of Americans are possessed of two great qualities a sense of humor and a sense of proportion.

I pledge you, I pledge myself, to a new deal for the American people.

Put two or three men in positions of conflicting authority. This will force them to work at loggerheads, allowing you to be the ultimate arbiter.

More than an end to war, we want an end to the beginning of all wars - yes, an end to this brutal, inhuman and thoroughly impractical method of settling the differences between governments.

The point in history at which we stand is full of promise and danger. The world will either move forward toward unity and widely shared prosperity - or it will move apart.

We continue to recognize the greater ability of some to earn more than others. But we do assert that the ambition of the individual to obtain for him a proper security is an ambition to be preferred to the appetite for great wealth and great power.

Those newspapers of the nation which most loudly cried dictatorship against me would have been the first to justify the beginnings of dictatorship by somebody else.

Tags: Against, Else, Nation

Our national determination to keep free of foreign wars and foreign entanglements cannot prevent us from feeling deep concern when ideals and principles that we have cherished are challenged.

Favor comes because for a brief moment in the great space of human change and progress some general human purpose finds in him a satisfactory embodiment.

A conservative is a man with two perfectly good legs who, however, has never learned how to walk forward.

Democracy cannot succeed unless those who express their choice are prepared to choose wisely. The real safeguard of democracy, therefore, is education.

In politics, nothing happens by accident. If it happens, you can bet it was planned that way.

True individual freedom cannot exist without economic security and independence. People who are hungry and out of a job are the stuff of which dictatorships are made.

Confidence... thrives on honesty, on honor, on the sacredness of obligations, on faithful protection and on unselfish performance. Without them it cannot live.

When you reach the end of your rope, tie a knot in it and hang on.

The only thing we have to fear is fear itself.

If you treat people right they will treat you right... ninety percent of the time.

Happiness lies in the joy of achievement and the thrill of creative effort.

Here is my principle: Taxes shall be levied according to ability to pay. That is the only American principle.

A nation that destroys its soils destroys itself. Forests are the lungs of our land, purifying the air and giving fresh strength to our people.

If civilization is to survive, we must cultivate the science of human relationships - the ability of all peoples, of all kinds, to live together, in the same world at peace.

Human kindness has never weakened the stamina or softened the fiber of a free people. A nation does not have to be cruel to be tough.

The school is the last expenditure upon which America should be willing to economize.

I'm not the smartest fellow in the world, but I can sure pick smart colleagues.

I am neither bitter nor cynical but I do wish there was less immaturity in political thinking.

It is common sense to take a method and try it. If it fails, admit it frankly and try another. But above all, try something.

Don't forget what I discovered that over ninety percent of all national deficits from 1921 to 1939 were caused by payments for past, present, and future wars.

I ask you to judge me by the enemies I have made.

The only sure bulwark of continuing liberty is a government strong enough to protect the interests of the people, and a people strong enough and well enough informed to maintain its sovereign control over the goverment.