See the gallery for quotes by Jesse Eisenberg. You can to use those 8 images of quotes as a desktop wallpapers. 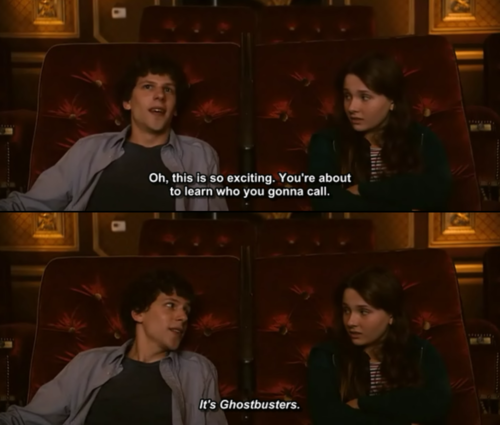 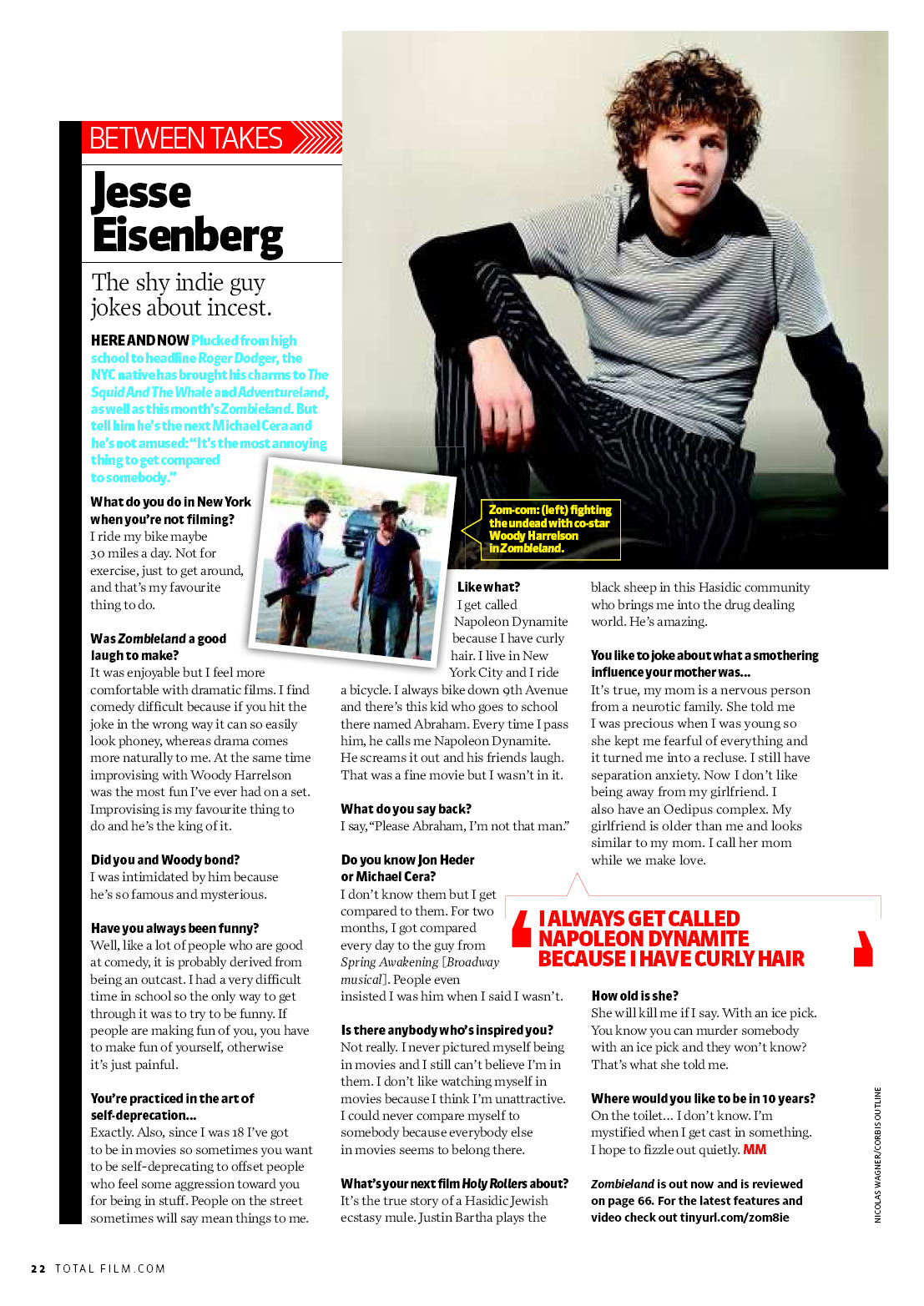 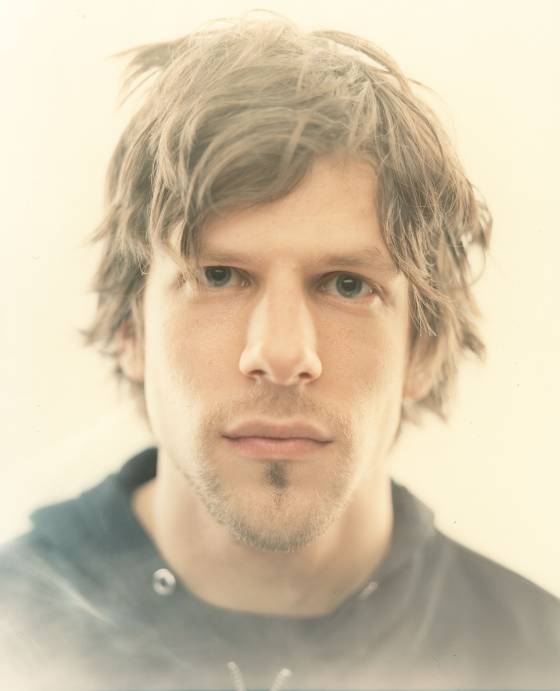 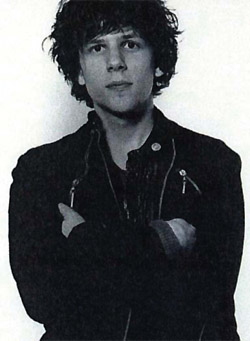 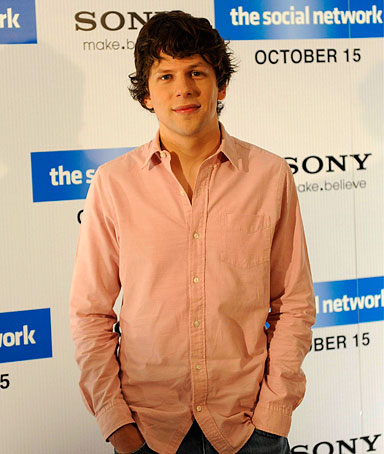 I prefer playing characters that are going through turmoil. Most movie characters are just in service to the story.

I'm hardly the most notable person in 'Zombieland.' The other actors in it are way more famous than I am.

I'm no good at really anything that involves motor skills.

I'm not into music - the only music I like is musical theater, but I have every Ween album.

It's very hard to be a playwright because it's very competitive.

Nothing is harder than working with an actor who doesn't take it seriously or show up in the same way that you are.

People ask me what my hobbies are in interviews, and I always say biking. But all I bike for is to get to rehearsal more quickly.

Society will decide after the technology is created what we will and won't accept.

The frustrating part of being a movie actor is waiting in your trailer to do two takes of a scene you've prepared for two months.

The more people say nice things about me, the more I feel it's false.

The movies that are really big, at least in my experience, oftentimes don't have characters that I feel as personally connected to.

And I'm sure after Facebook it will be the little cameras that we have implanted into the palms of our hands and we'll be debating whether we should get them, and then we'll all get them.

Tags: After, Sure, Whether

Acting is a weird, kind of alienating job because you're in an isolated place. Even if you're working with a lot of other people, you're kind of alienated. Actors say that a lot, and I kind of find that to be true.

Acting is kind of difficult to intellectualize - it's a far more visceral experience. It's really hard to be able to think about and then employ these kind of esoteric notions of this person's backstory and try to weave it in somehow. It's just kind of impossible.

As an actor, you are in a unique position because you're not only memorizing dialogue but really embodying it. You naturally feel the rhythm of good writing.

I can't watch myself in interviews. I feel like I look like a wreck. My mom is always calling me and going, 'Stop fidgeting,' and it's like, 'You have no idea what it's like, Mom.'

I don't have a Facebook page because I have little interest in hearing myself talk about myself any further than I already do in interviews or putting any more about myself online than there already is.

I find people who want to help other people to be the most interesting. I come from a family of teachers, and my friends are teachers, often times in very difficult school situations.

Much more quotes by Jesse Eisenberg below the page.

I grew up in an apolitical household. I never left the country. When I became an adult, I started traveling and became interested in politics, and I probably talked about things in a silly, ignorant way.

I guess the more serious you play something, if the context is funny, then it will be funny and it doesn't really require you to be necessarily, explicitly humorous, or silly.

I meet people who are in movies, and the stuff that they write is terrible, but nobody tells them that because they're famous. So I worry that my stuff might be like that, too.

I think it's my nature to - every time I hear about an award or a nomination, it makes me realize how much I must've been losing before, because I was not aware that every major city had these critics' awards.

I write plays, and I have a musical that's starting to get produced now. That's what I would love to do, but it's so hard. The only reason people are reading my plays and musicals is because I'm in movies.

If you look at the movies that come out, most of them are bad, so it's not as if achieving some level of success means you get offered better roles, because frankly they don't seem to exist.

If you went to Harvard Medical School, chances are you'll be a doctor at some place. There's a career trajectory. Acting, there's nothing. It's constantly trying to procure jobs - it's very disconcerting.

If you're acting, then there's a prescribed way to behave; whereas in life, there's no prescribed way. So acting feels like a comfortable way to get through the day.

It's so nerve-wracking to be on a set. They're the most stressful place in the world, because you're making something permanent, and there are so many people relying on you in a lot of ways.

Mother Teresa was asked what was the meaning of life, and she said to help other people, and I thought, 'What a strange thing to say' - but maybe it's the right thing to say.

People think, 'You're an actor, you can afford clothes,' but I just try to take the clothes from the movie, which makes the selecting of film projects that much more difficult, because you try to play characters that might wear something you'd want to wear.

The joy of acting for me is to be able to experience emotions in a safe environment. You can't scream and cry in the street because everybody will look. If you do it on a movie set, you get applauded.

The scariest people to turn a movie over to are always the people who are drawing up the poster, because that's the first impression it's going to make. And very often it's portraying a very different film from the one the actors actually did.

There's something strange about theater. My characters consistently demonize elitism, but of course it's taking place in a theater where only so many people can see it. I've been in silly popcorn movies - the kind of thing that as an actor you might feel embarrassed about - but those movies reach many more people.

When cellphones came out, my girlfriend refused to get one for five years, because she thought it would turn her into somebody who couldn't connect with other people - and, of course, she got a cellphone.

When you are in a live-action movie, you have so many more options to express yourself. You can use your body and your gestures and facial expressions. When you are doing an animated movie, you really only have your voice.

When you take on a role, even if the character is somebody that you are dissimilar to, you have to identify with the role and look for an emotional connection even if there is not a biographical one.

When you're acting in a movie, you never consider the reception of it. It's impossible to predict how something will be received. Even if you think it's the greatest thing in the world, other people might not like it. Or agree with it.

Look, I don't have a Facebook page because I have little interest in hearing myself talk about myself any further than I already do in interviews or putting any more about myself online than there already is. But if I wasn't in this position, I'm sure I would use it every day.

When playing a role, I would feel more comfortable, as you're given a prescribed way of behaving. So, both Facebook and theatre provide contrived settings that provide the illusion of social interaction.

I am actually going to two therapists right now. I don't know, I actually feel like therapy has just made me more uncomfortable.

All of my pleasures are guilty, but that's just the way I'm wired.

As an actor, you have to be open to doing things where you look stupid, to be experimental.

As an actor, you try to bring as much of yourself to a part to try and create a feeling of authenticity and emotional truth and resonance.

Every character I play has to be the hero of his own story, the way we're all heroes of our own lives.

I cried every day of first grade. In class. Which meant I ended up getting comfortable emoting in a place where it wasn't the norm.

I don't attribute an actor's great success to their own individual performance when it's something as collaborative as a movie.

I don't go to movies, I don't own a television, I don't buy magazines and I try not to receive mail, so I'm not really aware of popular culture.

I don't understand capri pants. They seem like neither here nor there.

I get very homesick, but otherwise it's a great privilege to get to travel for work.

I grew up in a secular suburban Jewish household where we only observed the religion on very specific times like a funeral or a Bar Mitzvah.

I grew up in Queens and New Jersey. I started doing children's theater when I was seven to get out of school because I didn't fit in.

I had great difficulty in school interacting with others, and I took refuge in the contrived setting of play acting, which is what I still do.

I have a job that requires me to be in the public eye in the way that makes me extra careful about sharing information.

I have one female fan. But she lives with me. I'm not aware of any others.

Tags: Lives, Others, She

I know some amazing actors who are not mortified every moment of the day, so my feeling is that maybe you don't have to be a wreck to be good.

I like driving; I don't drive since I live in New York. I don't have an opportunity to drive, like, ever.