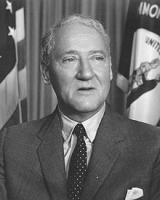 See the gallery for quotes by John Sherman Cooper. You can to use those 8 images of quotes as a desktop wallpapers. 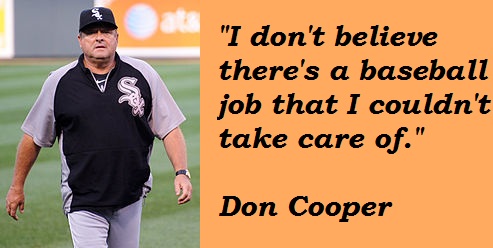 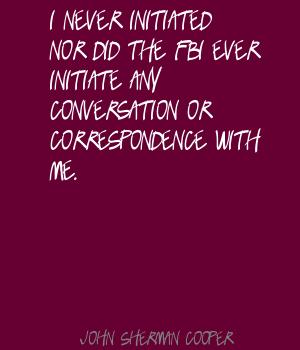 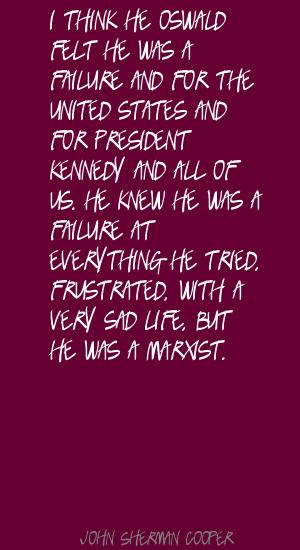 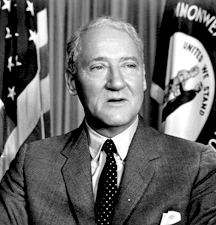 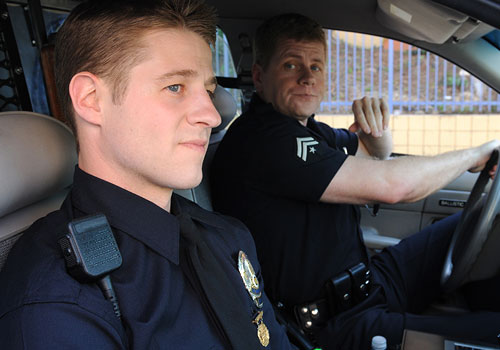 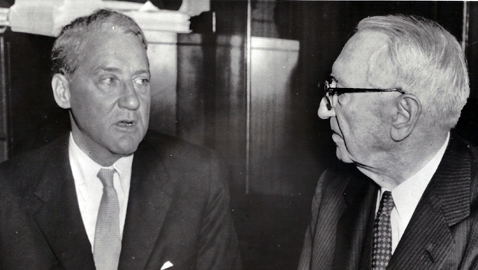 I met Mr. Hoover socially. I never talked to him about anything connected with his work. We just met him.

I never initiated nor did the FBI ever initiate any conversation or correspondence with me.

I would like that to be known; these facts are in the summary which I think is a very good one.

Our staff not only received the reports from these agencies, they examined them. They questioned them.

Tags: Evidence, Except, Toward

I am very proud to come back, to speak on the disinterested effort we have made and I believe that, with all due respect, that the decisions we made, when we turned our final report over to President Johnson, will stand in history.

I don't think anybody ever thought about the CIA meddling in internal affairs. The shock of the President's death called for an immediate investigation. It actually lay in the jurisdiction of Texas.

I must say, to be very honest about it, that I held in my mind during the life of the Commission, that there had been three shots and that a separate shot struck Governor Connally.

I would like you to consider the difference in the time from 1963 to date. The FBI, at that time, was headed by Mr. Hoover who had been appointed Director continuously. He had, I would say, a good reputation.

It was determined, as shown in the report of the Commission, which I can read to you, but I know you are familiar with the report. It states there was disagreement on this issue, particularly as the subject was debated, that there were different opinions about it.

Rather, like the anarchists of the last century, he didn't care if he was killed or not. They just wanted to be known. We found no trace of any conspiracy.

The intelligence investigation under the leadership of Senator Church, which I know has helped cause this investigation by you, points out that the agencies did not disclose certain facts to us and that certain plots were going on.

The original judgment of the FBI, the Secret Service, and the CIA was that there were three shots. I don't think that convinced us except as a statement by people, many of them who were familiar with ballistics. This question troubled me greatly.

The police had already found the cartridges and the rifles and the bag in the Texas School Depository and within a half an hour, those facts were known.

The tests which showed that this was the only rifle which had the markings which were shown on the bullets; the fact that a man was seen by several witnesses, not identified, but seen in the window with the general description of what he looked like.

There was no testimony of conspiracy - Oswald's efforts to get in touch with the Soviets and with the Cuban Fair Play groups in New York were rebuffed, rebuffed at every step.

Very curious, at the age of about 13 years, Oswald began to study Marxism and he kept on in his writing, affirming that he was a Marxist. Probably he did want to show himself as a great, supreme Marxist.

We found what we could at that time - the truth. If somebody else can find something else which we didn't find, that, of course, is a duty on their part, as is the truth. It will be the truth.

We provided complete protection to witnesses - right of attorney, right of record, right to cross-examine, and open hearing if they desired. Only Mr. Lane asked for an open hearing.

The reason I exercise is for the quality of life I enjoy.

So I've broadened the fitness concept to make it one of moderation and balance.

Far too many times over the next 12 to 15 years, it was brought to my attention that people who followed my exercise guidelines exactly but ignored their diet, their weight and their cigarette smoking had heart attacks at age 55.

Much more quotes by John Sherman Cooper below the page.

Aerobic dancing is already adjusting to injury problems and will probably phase out to some extent.

After 26 years, I am still practicing what I preach.

I don't criticize weight training - as long as it is not a substitute for aerobic training.

I have not missed a day from work because of illness since 1956.

I think investments in general related to the exercise industry are going to be good for a long time.

Since then, I have not missed five consecutive days in getting some type of aerobic exercise, mostly jogging.

Tags: Days, Getting, Since

You have to run 75 to 100 miles a week if you expect to break the four-minute mile.

According to the Gallup Poll, 24 percent of American adults exercised regularly in 1961, and 50 percent after 1968. The peak was 59 percent in 1984, dropping off to 51 percent last September.

Tags: After, American, Off

I used to think that it didn't make any difference how far you ran if you had a good, strong musculoskeletal system and no underlying cardiovascular problems.

If you look at body fat, it seems to increase with age, even though your weight does not. That's a physiological fact of aging, they say. Heck it is. It is an adaptive effect of aging.

Now I say that if you run more than 15 miles a week, it's for something other than aerobic fitness. Once you pass 15 miles, you do not see much further improvement.

It is crazy to have Judith Miller in jail.