See the gallery for quotes by Morley Safer. You can to use those 4 images of quotes as a desktop wallpapers. 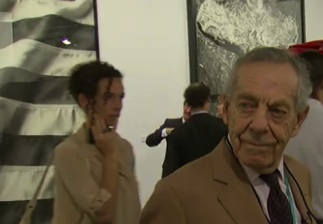 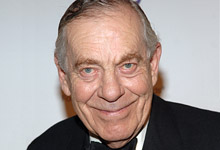 Whenever it's suggested that our sponsors have some kind of influence or control of what we cover in some kind of censorship through financial pressure, it's rubbish. That's never happened.

Who knows who will be on board? A couple of spies, for sure. At least one grand duke; a few beautiful woman, no doubt very rich and very troubled. Anything can happen and usually does on the Orient Express.

The helicopter is a fine way to travel, but it induces a view of the world that only God and CEOs share on a regular basis.

You can be a great president and be ridden with flaws. Of course we know that.

I really don't care what movie stars have to say about life.

I am not in this business as a calling. I don't do what I do to right any wrongs.

Killing is the payoff of war.

I did three tours in Vietnam. I guess a total of about almost two years.

In many ways when Jerry Ford pardoned Nixon, in a certain way, he did speak for the country.

It is always disarming to treat with the enemy, so to speak.

Kids' views are often just as valid as the teachers'. The best teachers are the ones that know that.

Much more quotes by Morley Safer below the page.

We are on Sunday night because that is where they put us 30-odd years ago. I think we became a habit.

What does it say about us that people who are considered defective are instinctively caring and compassionate?

What has reality shows got to do with reality? It is beyond unreality; there is nothing real about it.

A lot of sponsors over the years have left us. They've all come back. But they chose to leave us for a while because of stories we have done about them or their products or their friend's products or whatever.

After four or five different wars, I grew weary of that work, partly because in an open war, open to coverage, as Vietnam was, it's not that difficult, really.

Don may yawn at the idea, which he often does, but the great thing about Don, he has confidence in me and Mike and Ed and Leslie and Steve, that we're not going go out and do stories that will put people to sleep.

I think it has sullied his presidency. As brilliant a politician as Bill Clinton is, as magnetic a personality as he can be, there is one little screw loose somewhere.

Some people, you have to grit your teeth in order to stay in the same room as them, but you get on and ask the questions you assume most of the people watching want to ask.

The Bush Cabinet is quite interesting, there are no flashy people in there. No stars. They all seem quite focused and serious and knowledgeable about the areas to which they have been appointed.

When I did that interview with Hepburn, the only ground rule was, you did not discuss Spencer Tracy. Spencer Tracy's widow is still alive, and she respected that.