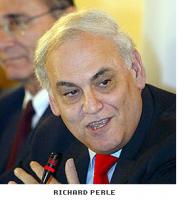 See the gallery for quotes by Richard Perle. You can to use those 7 images of quotes as a desktop wallpapers. 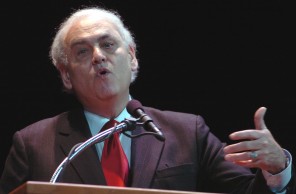 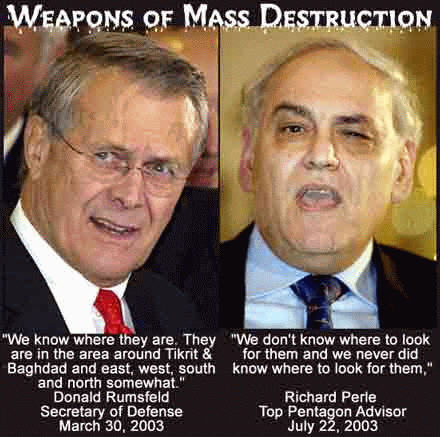 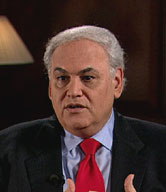 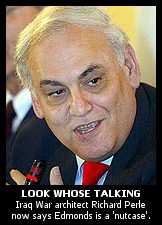 Law-abiding citizens value privacy. Terrorists require invisibility. The two are not the same, and they should not be confused.

The jealousy and resentment that animate the terrorists also affect many of our former cold war allies.

To stop terrorists before the strike, we must do three things: deny them entry into the country, curtail their freedom of action inside the country, and deprive them of material and moral support from within the country.

In time, all of Korea will be united in liberty.

Acknowledge that a more closely integrated Europe is no longer an unqualified American interest.

Dictatorships start wars because they need external enemies to exert internal control over their own people.

George Tenet has been the director of central intelligence since 1997, time enough to have changed the Agency's culture. He has failed. He should go.

No operational commander should have to assign a soldier a task that could be done as well by a computer, a remote sensor, or an unmanned airplane.

Right now, American law bars the admission of aliens suspected of terrorist activity - but not of terrorist sympathies.

Sometimes the things we have to do are objectionable in the eyes of others.

We may be so eager to protect the right to dissent that we lose sight of the difference between dissent and subversion.

Tags: Between, Lose, May

We must do our utmost to preserve our British ally's strategic independence from Europe.

We should force European governments to choose between Paris and Washington.

But if the UN cannot or will not revise its rules in ways that establish beyond question the legality of the measures the United States must take to protect the American people, then we should unashamedly and explicitly reject the jurisdiction of these rules.

Few governments in the world, for example, praise human rights more ardently than does the government of France, and few have a worse record of supporting tyrants and killers.

If we just let our vision of the world go forth, and we embrace it entirely, and we don't try to piece together clever diplomacy but just wage a total war, our children will sing great songs about us years from now.

Non-citizen terrorist suspects are not members of the American national community, and they have no proper claim on the rights Americans accord one another.

Nor should we exclude the possibility that Islamic terrorism may begin to make common cause with Western political extremists of the far Left and far Right.

The lax multiculturalism that urges Americans to accept the unacceptable from their fellow citizens is one of this nation's greatest vulnerabilities in the war on terror.

Much more quotes by Richard Perle below the page.

There is no doubt that, with the exception of a very small number of people close to a vicious regime, the people of Iraq have been liberated and they understand that they've been liberated.