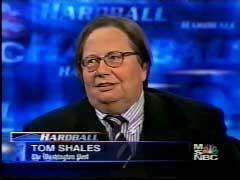 See the gallery for quotes by Tom Shales. You can to use those 7 images of quotes as a desktop wallpapers. 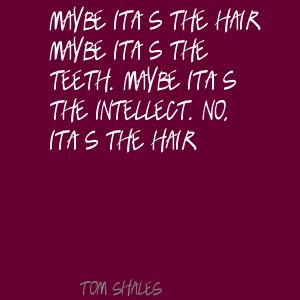 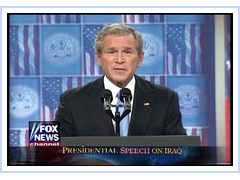 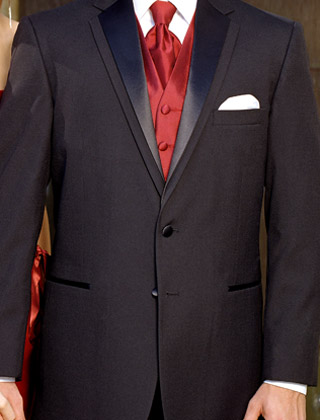 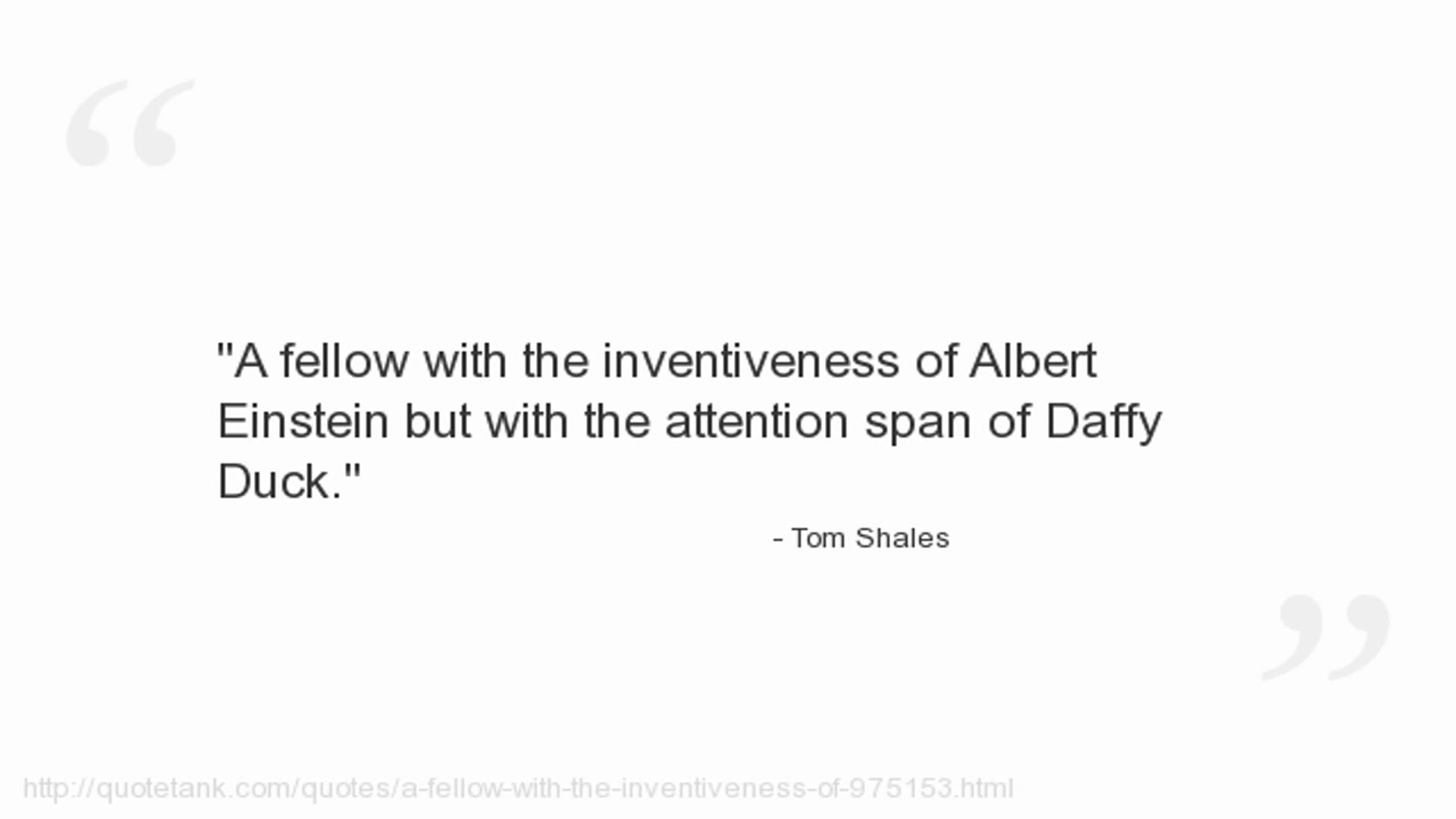 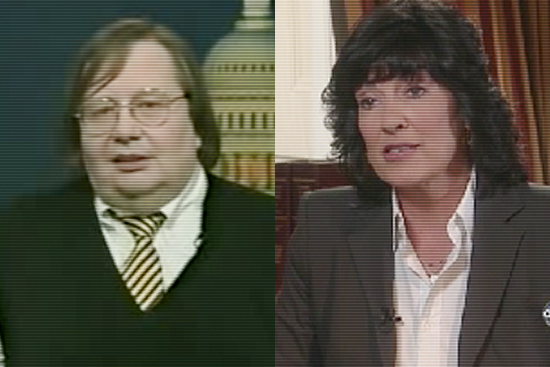 'Leave It to Beaver,' which ran from 1957 until 1963, was one of the strangest, sweetest, most distinctive domestic sitcoms of television's celebrated Golden Age.

Making music on TV used to be as common as commercials. In the '60s and '70s, prime time was stuffed with variety shows headlined by such major and treasured talents as Carol Burnett, Red Skelton, the Smothers Brothers and Richard Pryor, who had a very brief comedy-variety hour on NBC that was censored literally to death.

Maybe Larry Kings cannot thrive or even survive in a world where the norms for discourse are rage, vehemence and character assassination. King wanted to be liked, not feared; admired, not loathed.

'Minute to Win It' is a variation on a game show from the 1950s called 'Beat the Clock,' in which contestants won washing machines and fox stoles by doing such pointless stunts as catching a tennis ball in a paper cup or knocking a hat off one's wife's head with a whipped-cream spritzer.

Obviously neither 'American Idol' nor 'Dancing With the Stars' is a variety show in the classic sense, but the way they incorporate elements of drama, comedy and suspense is moderately ingenious.

People of a certain age look back on the Mayberry of 'The Andy Griffith Show' and become almost as homesick for that simple fictional hamlet as they do for their own home towns.

Perhaps unscripted reality shows and written fiction have already blurred together into some new amalgamated mush, just as the line between commercials and programs has been trashed.

Tags: Between, Reality, Together

Perhaps Western civilization is in a post-decline phase, or maybe the decline is just taking a really long time, like the Roman Empire's did. The Romans had gladiators and Christian-hungry lions and that sort of thing. We have MTV.

Revisiting 'Leave It to Beaver,' and seeing it in the pristine visual clarity of digital restoration, are mood-altering if not quite mind-altering experiences, very much for the better.

Robert Osborne either has the best job in the world, or comes very close. As millions of viewers know, Osborne is the resident host of the great Turner Classic Movies (TCM) channel, the most reliable source of pure enchantment in the cable universe.

So it is that one side effect of the HD revolution has been the gratifying and edifying return of the nature documentary - films about the hugely varied forms of life that eat, sleep, stalk, mate, fight, thrive, suffer and struggle on our dear and embattled old Earth.

Television's escapist programming naturally continues to endorse living beyond one's means as the time-tested American Way and rarely depicts families or individuals wracked by the pressures and miseries that come with excess.

The once inviolate frame within which programs or commercials were displayed on television - always separately - has been violated to a pulp. Program content is seen increasingly as a mere backdrop on which ads are posted like billboards on a fence.

Tags: Once, Seen, Within

The original and very basic 'Law & Order' series has always seemed to me to be 100-percent exposition, with no filler, no pesky nuances and almost no background about the series' continuing characters - just the hard nuts and bolts of pure storytelling.

Tom Snyder was big enough to fill the night with talk and his own persona. The Snyder we saw on TV was not a replica of the real guy; it was the real guy.

Tom Snyder was born to broadcast. He loved television and it loved him back. In that, he was a member of a vanishing breed, especially as narrowcasting displaces broadcasting, 'online' replaces 'on the air,' and any Tom, Dick or Mary can be monarch of a desktop domain, uplinking themselves to satellites in space.

Tags: Him, Loved, Themselves

Why, on my mother's birthday, am I thinking about 'Father Knows Best?' At our house, mother knew best at least as often as father did, but then the title of the old sitcom, a homogenized portrait of American family life, was meant to be slightly sardonic.

You do have to wonder how Jack Bauer, maverick hero of '24,' can stay hidden for so long when no matter where he goes, he always seems within range of a TV camera. Or six.

You don't hear TV cops griping because they have to enforce some Draconian law that shouldn't be on the books in the first place, or lamenting vindictive excesses in sentencing. Hollywood, supposedly a frothing cauldron of liberalism, has always been conservative on crime.

Tags: Getting, Night, Off

Your humble critic confesses that he has been wrestling with 'weight issues' since leaving college lo these, uh, several years ago, so it's hard to be receptive to the moralistic scolding and patronizing encouragement offered endlessly by the allegedly well-meaning.

Much more quotes by Tom Shales below the page.

A fellow with the inventiveness of Albert Einstein but with the attention span of Daffy Duck.

By a twist of fate rather than anything approaching journalistic enterprise, I did the last major interview with Johnny Carson.

Crime dramas will never go away as long as people turn to television for, among other things, reassurance and comfort.

'Dragnet' (the 1951 original, transferred nearly intact from radio) served as a veritable template for all cop shows to come.

If the networks can get audiences to tolerate pop-up promos by the dozens, maybe they'll start selling pop-up commercials, too.

Jimmy Kimmel still comes across like a guy who crashed a party and got caught at it, yet adamantly refuses to leave.

'Kukla, Fran and Ollie' occurred in real time and was a benign and bewitching example of pure television.

Like sugar and, oh - let's say the most tabloidy and gossipy reality television programs - credit is, for millions, genuinely addictive.

The perils of credit and debt, especially perilous in the computer age, have long been acknowledged in pop culture, but very infrequently by TV.

ABC's intelligently hilarious sitcom 'Modern Family' depicts a gay-male marriage in which both partners are refreshingly dimensional, believable human beings. The writers dare to make them flawed and thus fully delineated, but they're not flawed in the silly, stereotypical ways that once dominated such portrayals.

'American Idol' is sometimes lumped with reality shows and it has that element - folks-next-door battling it out in a contest. But instead of fighting leeches, bugs, parasites and each other, as on CBS's 'Survivor' and other shows that imitate it, the 'American Idol' contestants, of course, sing.

From a producer's point of view, of course, 'Law & Order' presents an ideal - a show that is almost entirely actor-proof, that can keep going and going no matter what happens to the cast or how many actors demand raises.

Gimmicks come and go; the cop show seems one genre that will never leave - not as long as people like to sit at home in the suburbs and see what awful things go on in the cities.

I always thought I'd buy my mother a house if I ever became successful - a big, beautiful house on the nicest street in town. It didn't exactly work out that way. I was still borrowing money from her in my 40s.

'I Love Lucy,' the first classic, really belonged more to the Wacky Woman genre than the domestic sitcom; 'My Little Margie' and 'I Married Joan' were among the shrill, coarse imitations.

In city after city, newspaper after newspaper has diminished its staff of critics, sometimes to zero. Film and T.V. critics have been dropped and not replaced. Maybe they're deemed unnecessary because nobody cares if anything's good or not.

In the 500-channel universe, which may, of course, contain many more channels than 500, the fun never stops - fun at such a fever pitch as to sometimes seem threatening, numbing, even agonizing.

In the best traditions of American comedy, from its beginnings through the crash-bang comedies of the 1990s and 2000s, Leslie Nielsen skewered the otherwise proper, did it with mischievous delight and convulsed audiences mercilessly.

It might be hard to remember this far back, but once upon a time, some of us hoped that public TV would develop into a smart, sophisticated, civilized alternative to commercial TV - not a cheap imitation of it.

Jerry Seinfeld is amazing in many ways, not the least of them his ability to find humor, and convincing us to find it, too, in the million-and-two details about modern life that under different circumstances might send us into paroxysms of rage.

Larry David's armor is his dissatisfaction with the world down to the smallest detail, and up to the whole ghastly arrangement. He won't win, but he'll enjoy losing.

Larry King's show got to be an increasingly lonely outpost of humane civility in a mephitic menagerie of hotheads, saber rattlers, cretins and crackpots.

Late-night television is like the cereal aisle in the supermarket: too many choices. Also, too many 'different' brands that really aren't different at all.