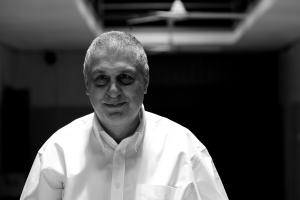 See the gallery for quotes by Errol Morris. You can to use those 8 images of quotes as a desktop wallpapers. 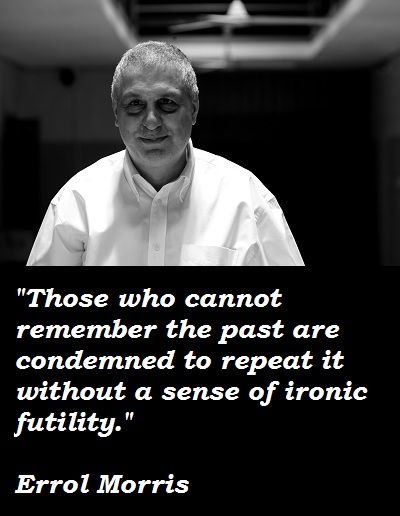 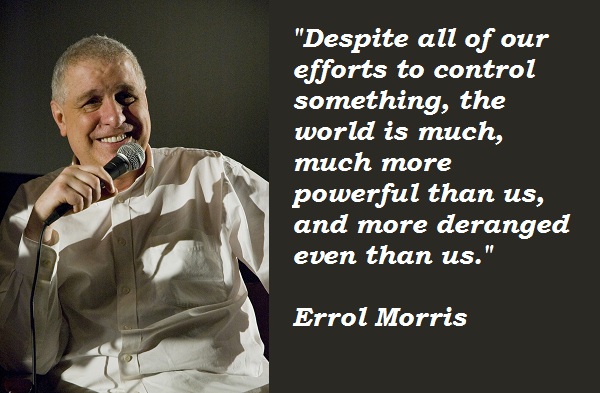 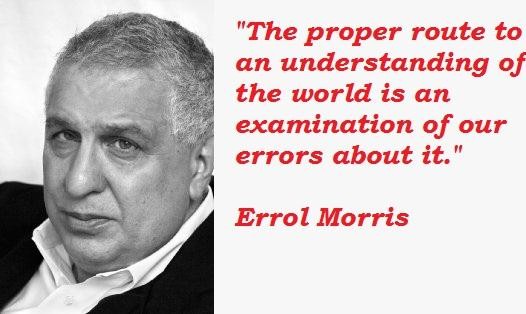 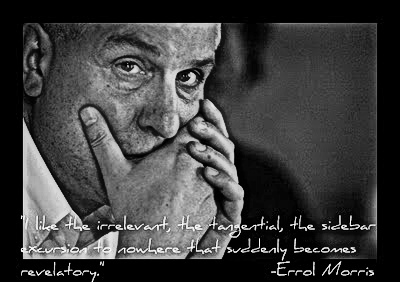 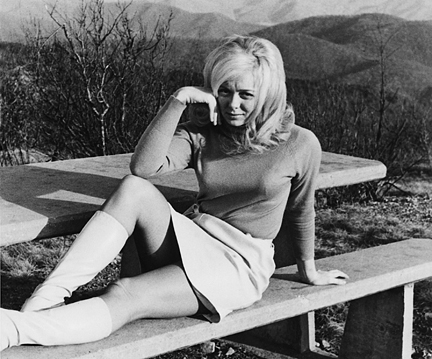 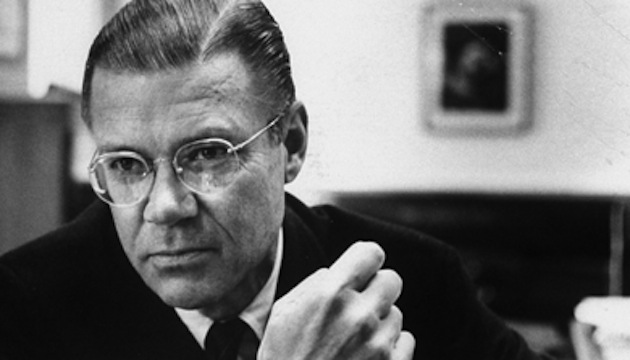 People lie, and they always are very very creative in finding new ways to lie.

Photographs can reveal something to us, and they can also conceal things.

There are endless anxieties in putting a film together, and it's an enormous relief when you know it's working with an audience.

When you're working for yourself and your own obsession with finding the truth, you're at your own mercy.

A movie is like a tip of an iceberg, in a way, because so little of what you do in connection with making a movie actually gets into the movie. Almost everything gets left behind.

But I can say what interests me about documentary is the fact that you don't know how the story ends at the onset - that you are investigating, with a camera, and the story emerges as you go along.

But one of the amazing things about documentary is that you can remake it every time you make one. There is no rule about how a documentary film has to be made.

Films are neither true nor false. That includes my films, as well as others. They may make claims that are true or false, but films are too complex. They have too many ingredients.

Tags: May, Others, True

Forty years ago this country went down a rabbit hole in Vietnam and millions died. I fear we're going down a rabbit hole once again - and if people can stop and think and reflect on some of the ideas and issues in this movie, perhaps I've done some damn good here!

I believe it was probably less than ten minutes that went by from the invention of photography to the point where people realized that they could lie with photographs.

I don't believe truth is conveyed by style and presentation. I don't think that if it was grainy and full of handheld material, it would be any more truthful.

If we're reading a first-person account, we know that each and every one of us, myself included, have a great desire to be seen in a certain way, or to be perceived in a certain way. It's unavoidable.

If you're a journalist - and I think, on some level, I'm a journalist, and proud to be a journalist, or a documentarian, however you want to describe it - part of what I do has to be the pursuit of the truth.

What's great about documentary, it seems to me, is that it can be experimental filmmaking. You have a license to do a lot of diverse things under the umbrella of 'documentary.'

When 'The Thin Blue Line' came out, I was criticized by many people for using reenactments, as if I wasn't dedicated to the truth because I filmed these scenes. That always and still seems to be nonsensical.

You're meant to think somehow that literature, in espousing eternal values, is kind of normal and balanced and reasonable. When it fact it's anything but.

The proper route to an understanding of the world is an examination of our errors about it.

Those who cannot remember the past are condemned to repeat it without a sense of ironic futility.

But there's a big difference between, say, reporting on a story and simply making up a story.

I've never had any problem with crazy people. I like crazy people; I probably am a crazy person myself.

A lot of the themes of my movies, the actual stories, come from tabloid stories.

Much more quotes by Errol Morris below the page.

Certain kinds of intimacy emerge on a phone call that might never occur if you were sitting right next to the other person.

Despite all of our efforts to control something, the world is much, much more powerful than us, and more deranged even than us.

Do I like tawdry, sleazy stories? Yeah, I do.

Ecstatic absurdity: it's the confrontation with meaninglessness.

I feel as if I became a documentary film-maker only because I had writer's block for four decades. There's no other good reason.

I like to think that I'm nonjudgmental, that I can listen and be engaged by almost anything.

I taught my son to read with tabloids. We would sit to read the 'Weekly World News' together.

I think an interview, properly considered, should be an investigation. You shouldn't know what the interview will yield. Otherwise, why do it at all?

I think calling someone a character is a compliment.

I used to work as a private detective years and years ago.

I've been writing a lot more, I believe, because of the Internet. I've been posting stuff that I've written and I've just been writing.

I've never made any money off of any of my films. Statement of fact. So without commercial work, I would be in big trouble.

If you think you're going to create an unposed photograph, think again. There is no such thing.

Interviews, when they are just simply an exercise in hearing what you want to hear, are of no interest.

My advice to all interviewers is: Shut up and listen. It's harder than it sounds.

My stuff always starts with interviews. I start interviewing people, and then slowly but surely, a movie insinuates itself.

There is nothing wrong with becoming more ambitious along the way, but I think what the government has asked the council to do is a perfectly good starting point.

We do recognise the need to move towards the publication of information showing the progress made by pupils from one stage of their education to another.

Where the private sector, or anyone else, has skills, knowledge and resources that can help to deliver a high quality of education and to raise standards, we should use them.

I think film is a very powerful advocate and message carrier.

Headteachers and governing bodies run schools and that won't change.

I do recognise that, where recruitment difficulties persist, teachers can be put under great pressure.

I taught for 17 years in an inner city comprehensive schools.

I want to give producers more financial security.

I was head of the Sixth Form Centre when I left the school.

This government has always said increasing pay is something for something.

What politicians want to create is irreversible change because when you leave office someone changes it back again.

Before this government came to power, many failing schools were simply allowed to drift on in a pattern of continuing failure. The government is determined to break that pattern and is successfully doing so.

By creating useful job descriptions and making clear what qualifications should be expected, the Department aims to help improve schools' ability to recruit the right people.

However, the Government has made it clear that we do not encourage the recruitment of teachers from developing nations where there may be an adverse effect on the economy.

I know there are things I did in education that will never be reversed. I have not done that in film yet because I have only been here for about nine months.

If bringing up the next generation is important, why aren't they the best qualified, the best paid? Why aren't we as concerned about their career progression as we are about those who work in the education or health services?

If we can modernise the workforce, make them better qualified, have this framework of qualifications, then I think they have a very good case for more money.

If you invent the Mini Cooper, pour all your energy and passion into it and it gets made, you should be on a roll. In the film industry you have to start again the next day.

In the 21st century when few of us stay in the same job all our lives, I would like to think there was flexibility so teachers could become social workers, or foster carers become teachers.

It is a very unusual sector and the one thing I would ask of them is to understand that for most of them one-third of their films are being financed by the taxpayer and that carries huge accountability and responsibility.

My Department has already recognised this and has been working specifically on the technical support issue since January and will offer advice to schools during the Autumn term.

My focus and that of all members of the Government responsible for delivering services to the public is to make sure that the public sector can use all the skills it needs to do the job the public wants it to do.

OFSTED has made large cuts in the paperwork which schools are asked to provide and further steps to reduce the bureaucratic burden will be introduced in September.

The need for improved technical support in schools has expanded as the Government and schools have increased their investment in information and communications technologies.

There is a shortage of teachers but the January 2001 schools census showed that teacher numbers were at their highest level than at any time since 1984 - and 11,000 higher than 1997.