See the gallery for quotes by Galen Rowell. You can to use those 7 images of quotes as a desktop wallpapers. 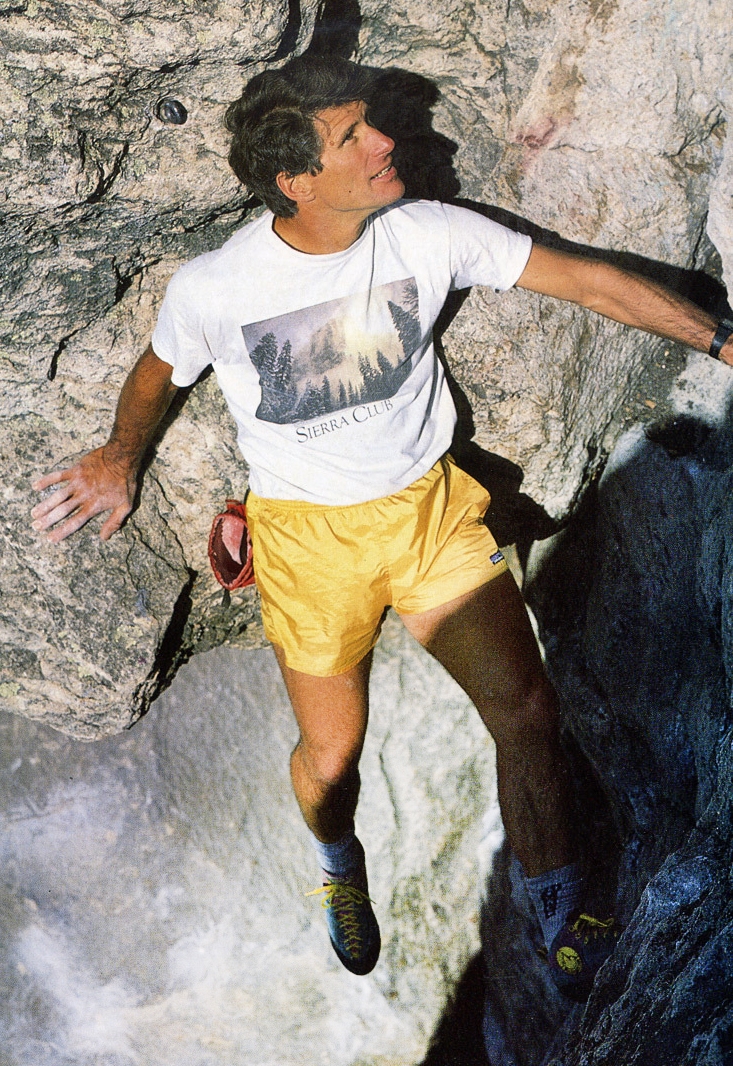 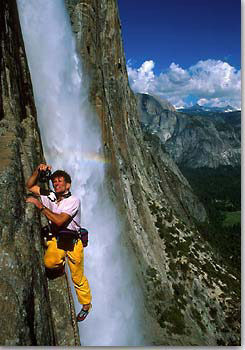 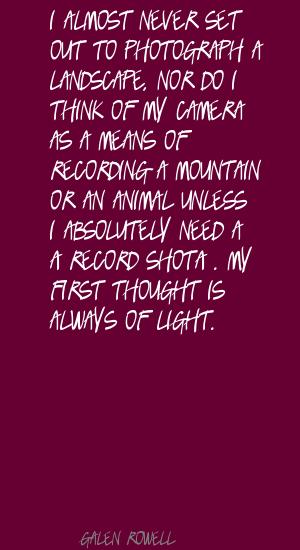 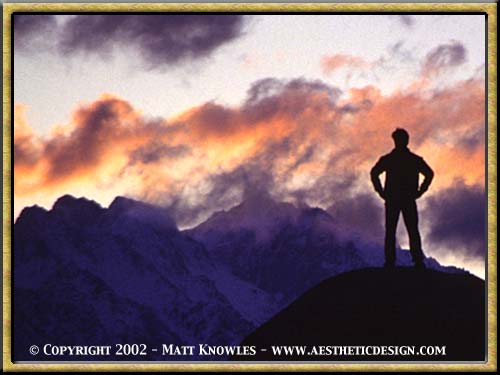 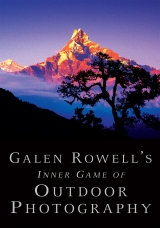 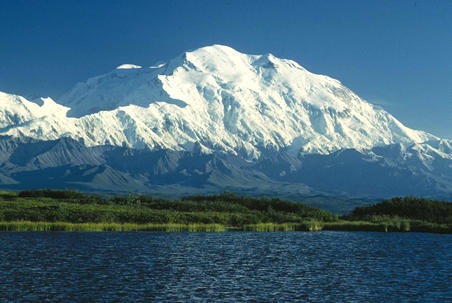 The reason that I keep writing is that all my most powerful messages about the fates of wild places that I care about need to have words as well as images.

There's no question that photographs communicate more instantly and powerfully than words do, but if you want to communicate a complex concept clearly, you need words, too.

I find it some of the hardest photography and the most challenging photography I've ever done. It's a real challenge to work with the natural features and the natural light.

My first thought is always of light.

A lot of people think that when you have grand scenery, such as you have in Yosemite, that photography must be easy.

I think landscape photography in general is somewhat undervalued.

I'm exchanging molecules every 30 days with the natural world and in a spiritual sense I know I am a part of it and take my photographs from that emotional feeling within me, rather than from an emotional distance as a spectator.

What I mean by photographing as a participant rather than observer is that I'm not only involved directly with some of the activities that I photograph, such as mountain climbing, but even when I'm not I have the philosophy that my mind and body are part of the natural world.

And most of my early pictures failed but about one in a 100 somehow looked better than what I saw.

There is no question that photography has played a major role in the environmental movement.

These days, most nature photographers are deeply committed to the environmental message.

Today, I'm very careful not to mention very specific locations when I write or give captions.

Wanting to take a light camera with me when I climb or do mountain runs has kept me using exclusively 35 mm.

When we tune in to an especially human way of viewing the landscape powerfully, it resonates with an audience.

Ever since the 1860s when photographers travelled the American West and brought photographs of scenic wonders back to the people on the East Coast of America we have had a North American tradition of landscape photography used for the environment.

I almost never set out to photograph a landscape, nor do I think of my camera as a means of recording a mountain or an animal unless I absolutely need a 'record shot'. My first thought is always of light.

I began taking pictures in the natural world to be able to show people what I was experiencing when I climbed and explored in Yosemite in the High Sierra.

I began to realise that film sees the world differently than the human eye, and that sometimes those differences can make a photograph more powerful than what you actually observed.

I remember when an editor at the National Geographic promised to run about a dozen of my landscape pictures from a story on the John Muir trail as an essay, but when the group of editors got together, someone said that my pictures looked like postcards.

Tags: Remember, Someone, Together

I think that cognitive scientists would support the view that our visual system does not directly represent what is out there in the world and that our brain constructs a lot of the imagery that we believe we are seeing.

If we limit our vision to the real world, we will forever be fighting on the minus side of things, working only too make our photographs equal to what we see out there, but no better.

Luckily, many other people tell me how they have had a particular landscape photograph of mine in their office or bedroom for 15 years and it always speaks to them strongly whenever they see it.

Much more quotes by Galen Rowell below the page.

My mountaineering skills are not important to my best photographs, but they do add a component to my work that is definitely a bit different than that of most photographers.

One of the biggest mistakes a photographer can make is to look at the real world and cling to the vain hope that next time his film will somehow bear a closer resemblance to it.

The combination of pictures and words together can be really effective, and I began to realise in my career that unless I wrote my own words, then my message was diluted.

The landscape is like being there with a powerful personality and I'm searching for just the right angles to make that portrait come across as meaningfully as possible.

Don't waste time trying to break a man's heart; be satisfied if you can just manage to chip it in a brand new place.

In olden times sacrifices were made at the altar - a practice which is still continued.

Life begins at 40 - but so do fallen arches, rheumatism, faulty eyesight, and the tendency to tell a story to the same person, three or four times.

Home is any four walls that enclose the right person.

A Bachelor of Arts is one who makes love to a lot of women, and yet has the art to remain a bachelor.

The tenderest spot in a man's make-up is sometimes the bald spot on top of his head.

A bachelor never quite gets over the idea that he is a thing of beauty and a boy forever.

After a few years of marriage a man can look right at a woman without seeing her and a woman can see right through a man without looking at him.

Tags: Girl, Him, Why

When a man spends his time giving his wife criticism and advice instead of compliments, he forgets that it was not his good judgment, but his charming manners, that won her heart.

A man's desire for a son is usually nothing but the wish to duplicate himself in order that such a remarkable pattern may not be lost to the world.

And verily, a woman need know but one man well, in order to understand all men; whereas a man may know all women and understand not one of them.

There are only two kinds of men; the dead and the deadly.

You will never win if you never begin.

In love, somehow, a man's heart is always either exceeding the speed limit, or getting parked in the wrong place.

Flirting is the gentle art of making a man feel pleased with himself.

What a man calls his 'conscience' is merely the mental action that follows a sentimental reaction after too much wine or love.

Between lovers a little confession is a dangerous thing.

It is easier to keep half a dozen lovers guessing than to keep one lover after he has stopped guessing.

A fool and her money are soon courted.

The follies which a man regrets the most in his life are those which he didn't commit when he had the opportunity.

The hardest task in a girl's life is to prove to a man that his intentions are serious.

When a man makes a woman his wife, it's the highest compliment he can pay her, and it's usually the last.

When you see what some women marry, you realize how they must hate to work for a living.

Love, the quest; marriage, the conquest; divorce, the inquest.

No man can understand why a woman shouldn't prefer a good reputation to a good time.

When a girl marries, she exchanges the attentions of many men for the inattention of one.

Marriage is like twirling a baton, turning hand springs or eating with chopsticks. It looks easy until you try it.

Marriage is the miracle that transforms a kiss from a pleasure into a duty.

Somehow a bachelor never quite gets over the idea that he is a thing of beauty and a boy forever.

There are people whose watch stops at a certain hour and who remain permanently at that age.

Variety is the spice of love.

Ever since Eve started it all by offering Adam the apple, woman's punishment has been to supply a man with food then suffer the consequences when it disagrees with him.

There's so much saint in the worst of them, and so much devil in the best of them, that a woman who's married to one of them, has nothing to learn of the rest of them.

A man is like a cat; chase him and he will run - sit still and ignore him and he'll come purring at your feet.

Falling in love consists merely in uncorking the imagination and bottling the common sense.

One man's folly is another man's wife.

A bride at her second marriage does not wear a veil. She wants to see what she is getting.

Love, like a chicken salad or restaurant hash, must be taken with blind faith or it loses its flavor.

Never trust a husband too far, nor a bachelor too near.

A husband is what is left of a lover, after the nerve has been extracted.

After marriage, a woman's sight becomes so keen that she can see right through her husband without looking at him, and a man's so dull that he can look right through his wife without seeing her.

A woman's flattery may inflate a man's head a little; but her criticism goes straight to his heart, and contracts it so that it can never again hold quite as much love for her.

A man's heart may have a secret sanctuary where only one woman may enter, but it is full of little anterooms which are seldom vacant.

A man snatches the first kiss, pleads for the second, demands the third, takes the fourth, accepts the fifth - and endures all the rest.

Telling lies is a fault in a boy, an art in a lover, an accomplishment in a bachelor, and second-nature in a married man.

It isn't tying himself to one woman that a man dreads when he thinks of marrying; it's separating himself from all the others.

Every man wants a woman to appeal to his better side, his nobler instincts, and his higher nature - and another woman to help him forget them.

A man can become so accustomed to the thought of his own faults that he will begin to cherish them as charming little 'personal characteristics.'

Woman: the peg on which the wit hangs his jest, the preacher his text, the cynic his grouch and the sinner his justification.

Wedding: the point at which a man stops toasting a woman and begins roasting her.