See the gallery for quotes by Joseph Gordon-Levitt. You can to use those 8 images of quotes as a desktop wallpapers. 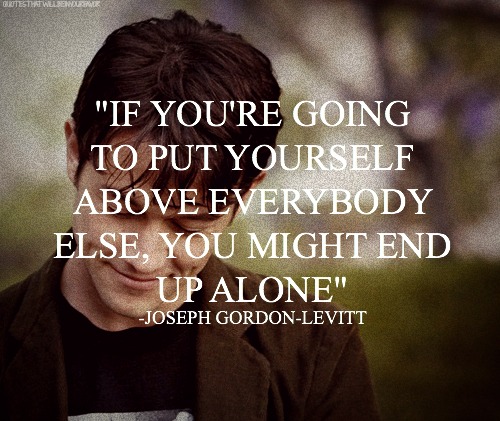 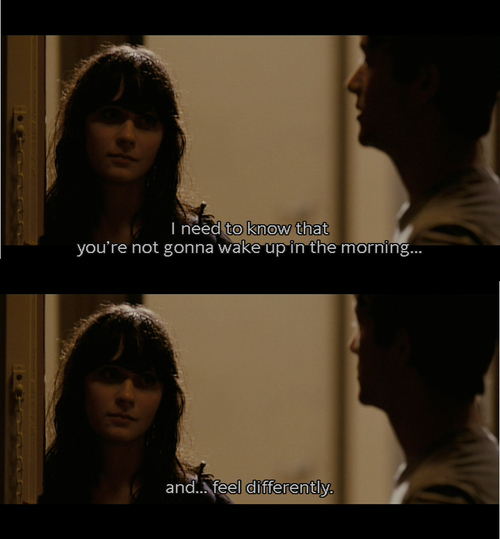 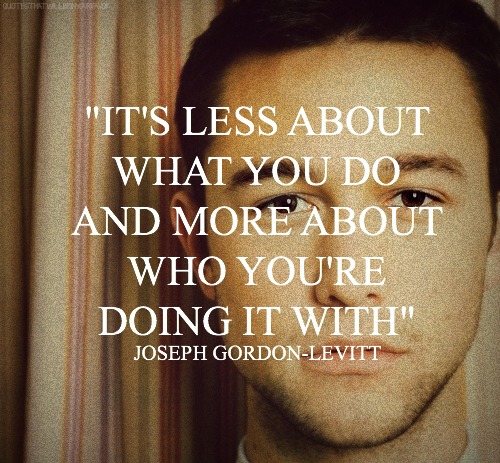 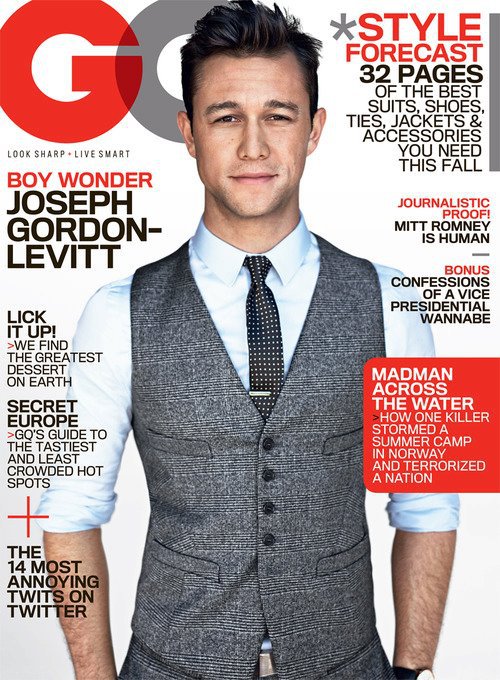 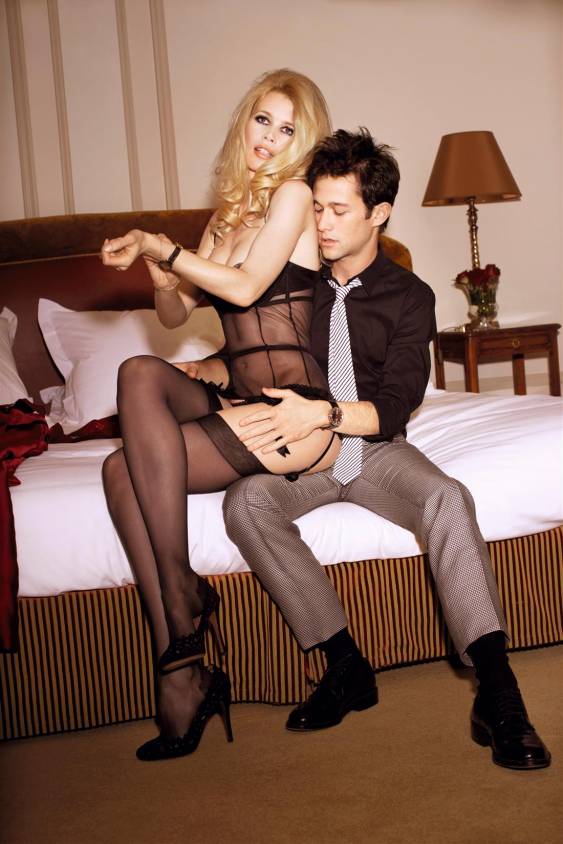 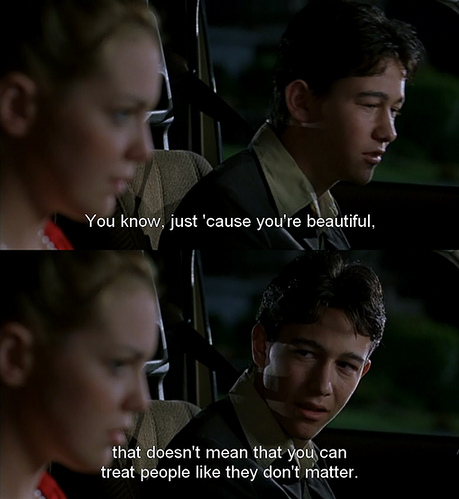 There's an absolute prejudice that good movies are dramas and comedies are more dismissable. But I couldn't disagree more.

There's no royalty in America, so people deify actors.

To be honest, I sort of feel like 'movie actor' isn't of this time. I love it. But it's a 20th-century art form.

Ummm... well, the only thing I want to do is stuff with people who care about what they're doing, which sounds obvious, but it's really not.

When I was 20, I went to Paris and tried to meet French women. It didn't work.

Much more quotes by Joseph Gordon-Levitt below the page.

When I'm on set, I do whatever I can to find my focus.

While I'm not a celebrity, it's such a weird concept that society has cooked up for us. Astronauts and teachers are much more amazing than actors.

I think, honestly, that the word 'indie' is a false gimmick. 'Independent' used to mean a movie that was financed outside corporate Hollywood, but a lot of what gets called independent these days is totally produced within that system. And there's nothing wrong with that.

The Internet is allowing us to get back to what's really more natural, which is that storytelling is a shared thing. It's our natural way to be communal.

The movies I watch and the music I listen to and the books I read - those are important to me. It's very important to me, and I don't know what I would do without those things.

When I was a teenager, if anyone recognized me for anything I did, it would ruin my day. I couldn't handle it. It was some sort of neurotic phobia. I guess I was paranoid that people would treat me differently, or in an unfair way, because of my job.

A lot of people, most people who are working, they do it for money. And I'm not saying there's anything wrong with that. It so happens that I made a lot of money already, so I don't have to worry that much about it. I wouldn't fault anybody for doing it for the money, but it doesn't interest me right now.

A lot of the motivation for doing the 'Make 'Em Laugh' on SNL was because I had just finished shooting 'Inception,' where there were zero-gravity scenes and I got into really good shape and was training and did all these stunts. Coming off of that, that instilled me with the confidence to do 'Make 'Em Laugh.'

I didn't want to just work within Hollywood when I started a production company. I wanted to be able to collaborate with great artists from all over the world.

I mean, movies in general tend to sort of portray time, space and identity as these very solid things. Time moves forward. Space is what it is. You are you, and you're always you.

I stopped getting nervous a long time ago, so any time I do get nervous, which is rare - about work, anyway - I always take that as a really good sign.

If the goal is to get the best artists, actors, and filmmakers in the world to create the best movies, Hollywood does a decent job. And I think no one would disagree with me that it also makes a ton of bad movies and employs a bunch of hacks.

Normally you read a screenplay - and I read a lot of them - and the characters don't feel like people. They feel like plot devices or cliches or stereotypes.

Quality isn't about where the money came from or which company gets to put their name on the thing. What matters is who made the movie and why they made it.

That is very different from how it used to be in the 20th century. Media was very one way. There's a small little industry. It broadcasted its message and everyone else in the world just had to listen. Now the internet is allowing what used to be a monologue to become a dialogue. I think that's healthy and actually restoring a more natural way.

To me, a sex scene in a movie generally means a gratuitous scene that doesn't serve the story but gives a kind of excuse - we've got these two actors, we want to see them naked, so let's bring in the music and the soft light.

When I was a teenager I loved acting, but I really just loved it for myself. I didn't like the fact that anyone else saw the work I was doing. When I moved to New York, I started to realize that I wanted people to see the stuff that I was doing, and I wanted it to mean something to them.

Every day I've got to be thankful that I am alive, and you never know - the cliche is, I guess, you could get hit by a bus tomorrow, so you'd better be at peace with whatever you got going at the moment.

There's something really appealing about the simplicity of black-and-white images.

Supermarket tabloids and celebrity gossip shows are not just innocently shallow entertainment, but a fundamental part of a much larger movement that involves apathy, greed and hierarchy.

If you're going to put yourself above everybody else, you might end up alone.

As soon as you are trying to be funny or dramatic, that's when things start feeling fake and boring.

The thing about Occupy is that the sentiment the movement embodies is timeless: Don't be greedy, share.

Storytelling in general is a communal act. Throughout human history, people would gather around, whether by the fire or at a tavern, and tell stories. One person would chime in, then another, maybe someone would repeat a story they heard already but with a different spin. It's a collective process.

The most valiant thing you can do as an artist is inspire someone else to be creative.

Tags: Creative, Else, Someone

Celebrity doesn't have anything to do with art or craft. It's about being rich and thinking that you're better than everybody else.

I have a really terrible sense of direction.

My dad never blew anything up, but he probably had friends who did. He and my mom have always preached that the pen is mightier than a Molotov cocktail.

I think some of the best actors ever were little kids.

I was studying for the SAT's and learning lines.

Sometimes what someone else does is really not what you expected them to do, which to be honest, sometimes doesn't work.

Even today, in our progressive times, in most movies that come out, the men have to have biceps and the women have to be thin or something.

Hollywood has the idea that movies have to be dumb. But especially movies for or about teenagers have to be really dumb!

I just like to do work that inspires me, and I don't pay any attention to whether it's a high- or low-budget movie.

How do we know that Moses was grown up? Because he went out unto his brethren, and was ready to bear the burdens and share the plight of his people. Maturity is sensitivity to human suffering.