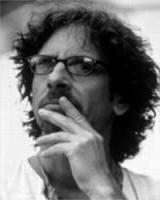 See the gallery for quotes by Joel Coen. You can to use those 6 images of quotes as a desktop wallpapers. 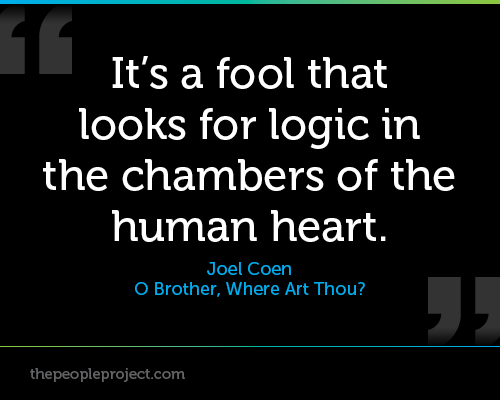 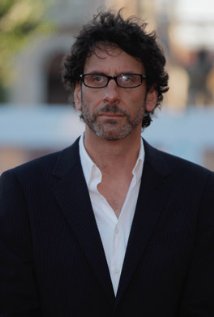 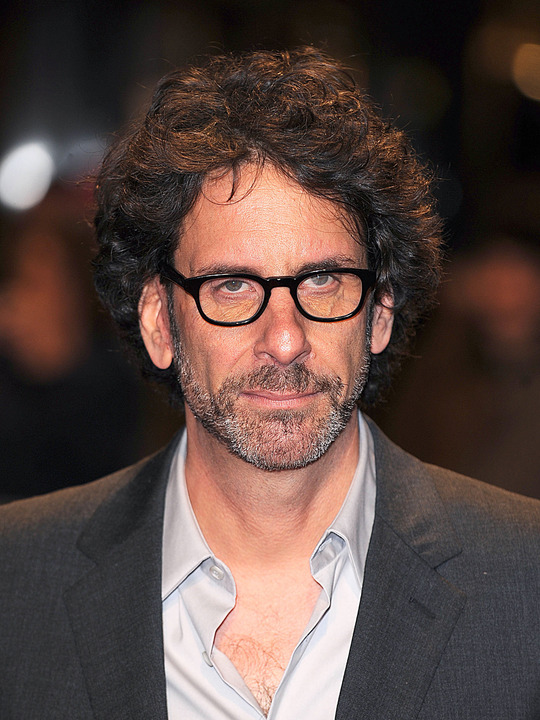 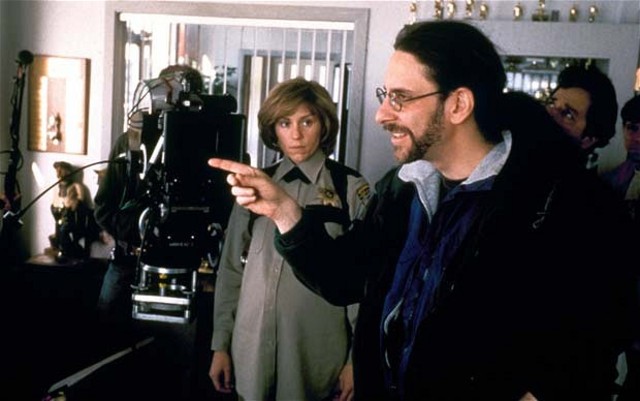 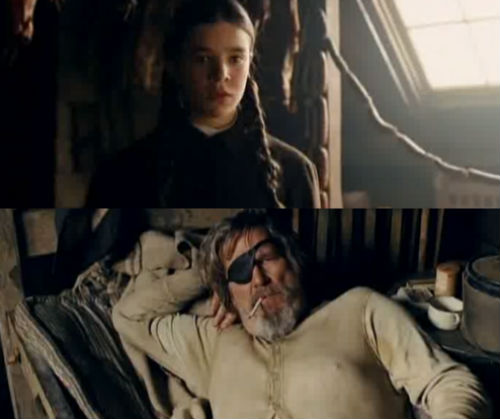 Sometimes, in certain stories, I think we know at the outset essentially what the tone is going to be, or it becomes important that we're groping toward some kind of story with a certain kind of tone that we both get somehow. But I don't think how that's combined with other elements is ever in any way overtly discussed.

The characters are the result of two things-first, we elaborate them into fairly well-defined people through their dialogue, then they happen all over again, when the actor interprets them.

The point at which we worked with some of these actors, they weren't really stars yet. Nicolas Cage was not a big star when we did Raising Arizona. A lot of these people were also virtually unknown, too, when we worked with them first.

Usually, I don't want to sit down and listen to the director gas on about his movie. I just can't actually imagine myself sitting down and having that much to say.

We have an uncanny ability to make birds do what we want them to do. In Blood Simple there's a shot from the bumper of a car and it's going up this road and a huge flock of birds takes off at the perfect moment.

When we do a movie with the studios, they wouldn't be asking us to do it, I don't think, if it was a movie they wanted to get into themselves. What you see is what you get with us, so they let us do what we want to do.

When you do a writing job for a studio, one of the things you want to do is satisfy the expectations of your employer. That's a little bit different than when you sit down and write something to satisfy yourself, because then you're the employer.

You love all your characters, even the ridiculous ones. You have to on some level; they're your weird creations in some kind of way. I don't even know how you approach the process of conceiving the characters if in a sense you hated them. It's just absurd.

You're doing it to make the character as specific as possible, so that it's a specific individual that you're talking about, not that whole class of people.

I've never really understood that. It's a funny thing; people sometimes accuse us of condescending to our characters somehow-that to me is kind of inexplicable.

People that have been interested in our work for awhile... those are the last people you want to disappoint.

Barton Fink got written very quickly, in about three weeks. I don't know what that means.

I always admired Stanley Kubrick for the fact that he managed to beat the system somehow. I think he kind of had it all figured out.

I guess it beats throwing trash for a living.

I think when you watch the dailies, the film that you shoot every day, you're very excited by it and very optimistic about how it's going to work.

If the material is challenging, it forces you to challenge yourself when handling it.

It's almost like a genre rule: Don't Open The Box.

Much more quotes by Joel Coen below the page.

Maybe there should be less of a mystique around making movies. I just don't think that there's any real mystery there.

The architecture of a story can be a little bit different if it's a true story.

The question is: Where would it get you if something that's a little bit ambiguous in the movie is made clear? It doesn't get you anywhere.

These things are hard to pin down. We work on a script a bit, then work on a different one.

We create monsters and then we can't control them.

We don't have any rules about how we depict violence, or how much violence is in a movie. It's a calibration on a case-by-case basis.

You see a moral in them? Do we have morals?

And when you see it the first time you put the film together, the roughest cut, is when you want to go home and open up your veins and get in a warm tub and just go away. And then it gradually, maybe, works its way back, somewhere toward that spot you were at before.

I guess everything having to do with your background has some influence on how you tell stories but it's hard to parse how growing up in a Jewish community in Minnesota really affected it.

I'd be perfectly happy never to have to answer anything again about how I work with Ethan, or whether we have arguments, or... you know what I mean? I've been answering those questions for 20 years. I suppose it's interesting to people.

It's a funny thing because you look at the careers of other filmmakers, and you see them sort of slow down, and you realize, maybe this becomes harder to do as you get older. That's sort of a cautionary thing. I hope it doesn't happen to me.

Maybe our telling of the story wasn't as clear as it should have been, but I don't think that's true. In terms of understanding the story, it comes across.

Other kinds of movie stars, it's a different thing, they bring their persona to the part and that's what people like to see, and they are not really transforming in terms of their character.

Our mother was a very religious and observant Jew, our father less so. She was kind of driving the religious education, so for us it was more a burden and an obligation when we were kids at that age.

Some people come out going, I don't get it. And I don't quite know what they're trying to get, what they're struggling for. We have had the reaction where people leave the movie sort of uncomfortable and befuddled. Although that wasn't our intention.