See the gallery for quotes by Josh Hutcherson. You can to use those 8 images of quotes as a desktop wallpapers. 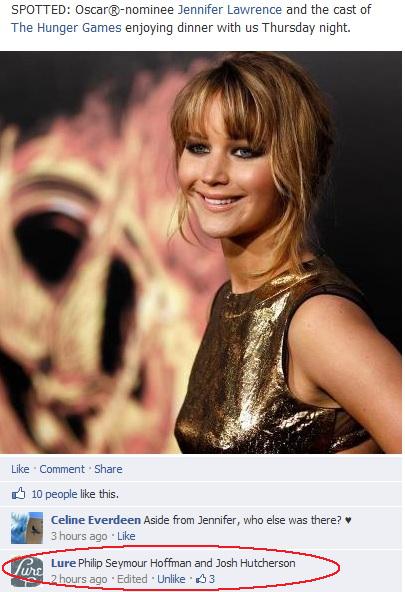 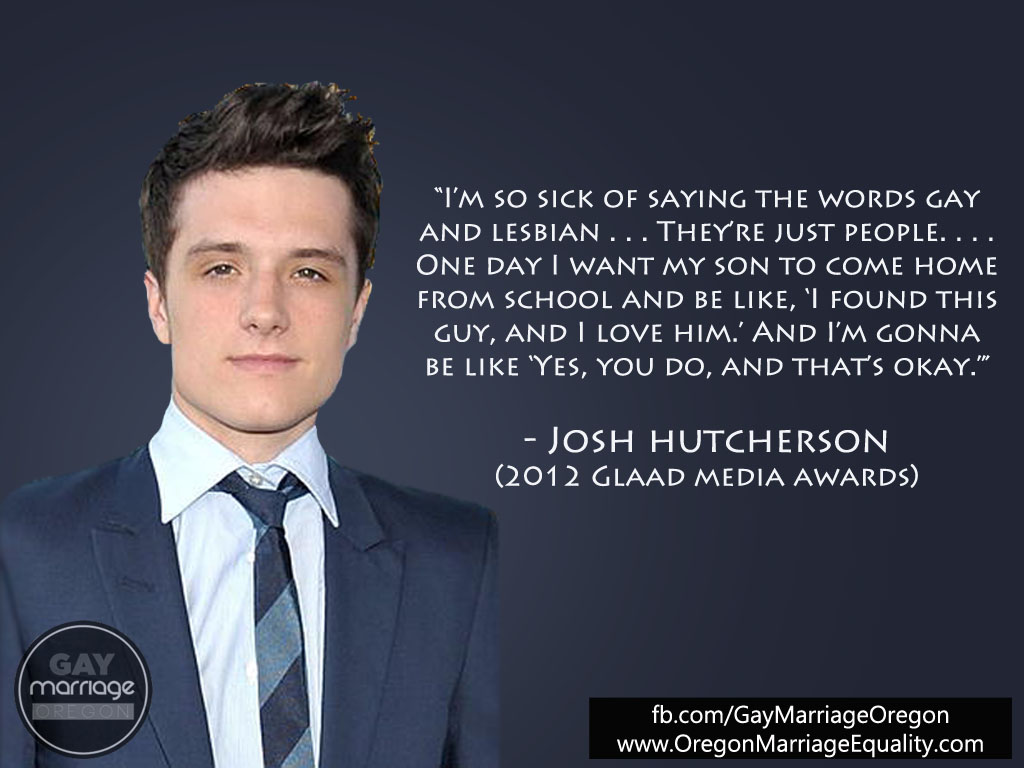 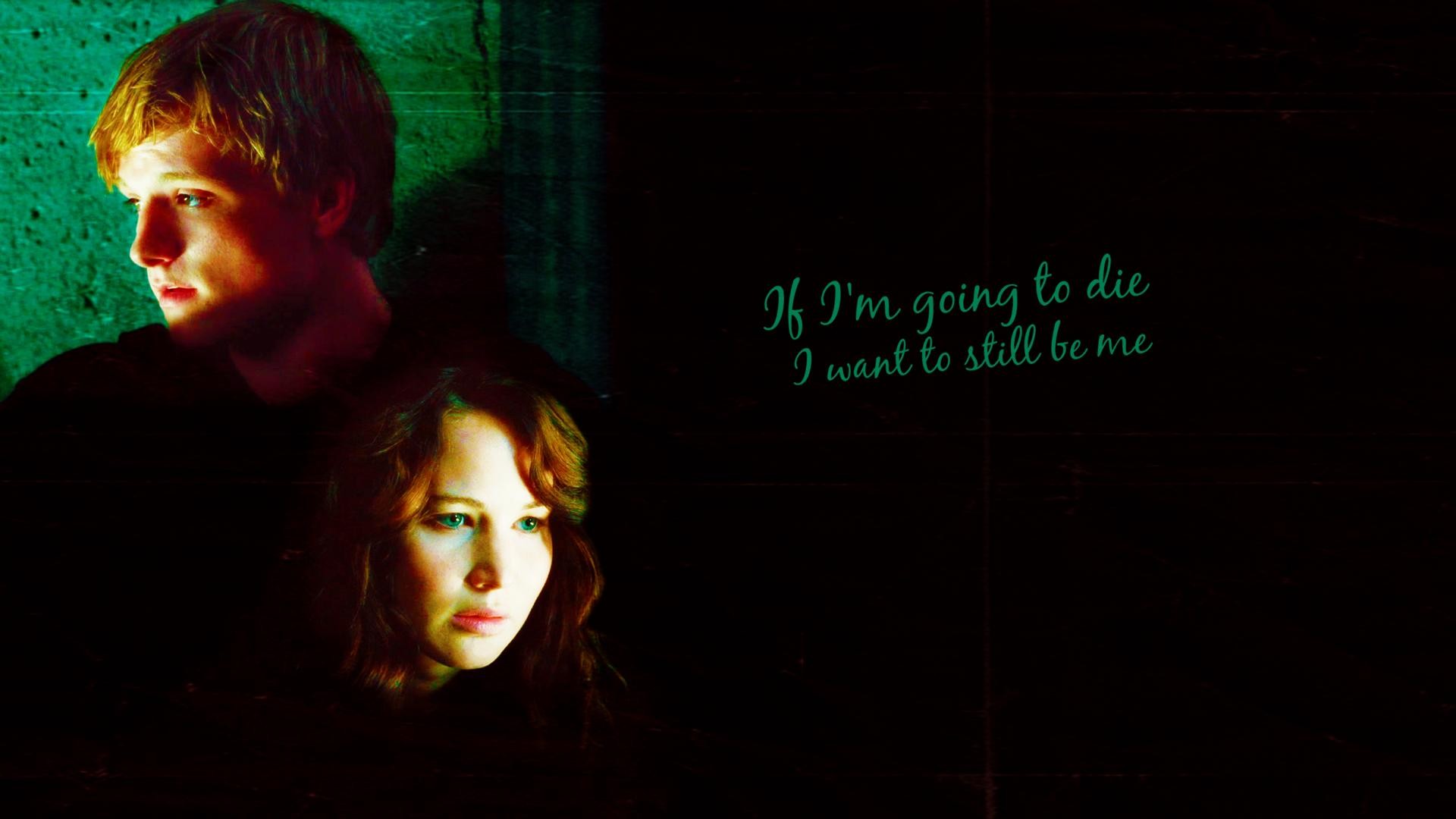 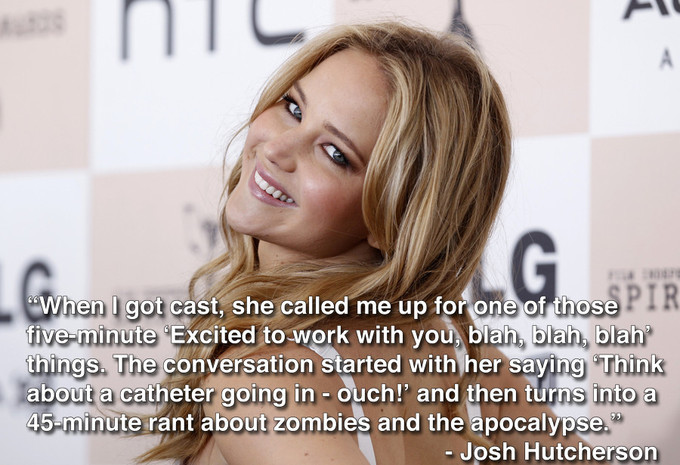 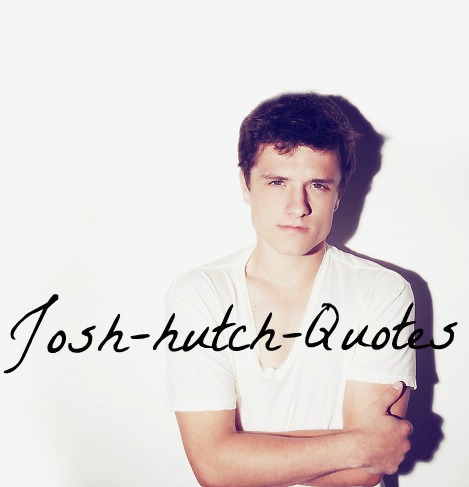 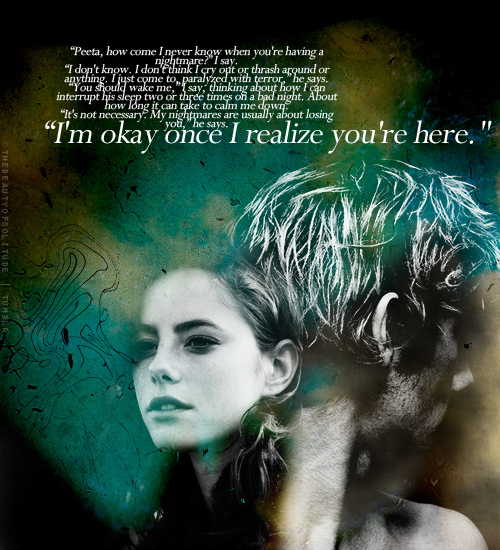 I love the fan support, though, because it all comes from passion.

I play basketball probably four to five days a week when I'm back home.

I really love my stylists, they really get what I like.

I still get a little nervous when talking to girls. Which is awful, and embarrassing, because I feel like I shouldn't.

I think the brutality is important to convey as part of the story, to see how brutal it is to have these kids in battle with one another.

I was very fortunate and didn't personally encounter any bullies in school, however bullies exist in many ways in life.

I'm all about flannels and layers, so that's pretty much what I rock.

I'm pretty simple, I don't use a hairbrush or a certain kind of hair product.

I've been in love before, every love-relationship is tough and it has its challenges.

I've learned a lot about how people have to fight through their whole lives just to be themselves.

In all honesty I think that I've had a very normal life, even though I've been making movies since I was 9.

It's cool to play a vampire and be a part of this new, hot genre.

Luckily, no one I've ever been in love with has needed me to save their life!

My main source of reading is scripts, which doesn't leave a whole lot of room for books.

Oh, I am a prompt person!

The way I look at it, movies are a different medium for storytelling than books.

There are a lot of characters that you can get into that don't exist in the studio world.

There's actually something interesting about having no rehearsal time - you have to just walk in and go with your gut, which is exciting.

There's definitely a large fan base for the 'Twilight' and 'Harry Potter' movies that need their next fix.

Well, food's always the way to anybody's heart, I think, guy or girl.

Much more quotes by Josh Hutcherson below the page.

When you get to play a character that's in love, it's cool.

For me, in the third book, when Peeta gets brainwashed by the Capitol, that's going to be fun to play. The rest of the time he's very much into Katniss, and for that to get turned around and to play it the other way, that's going to be very exciting.

I have always believed in standing up for what I believe in and I believe that everyone deserves the right to love whoever they love no matter who they are.

I never really read a character before that I connected with more than Peeta. So, for me, if I couldn't get that job I was like, 'Well, if I can't play practically myself in a movie, what can I play?'

But I think what Liam said just kind of hit it spot on, that the people in the capital are brainwashed and such a disconnect with what's actually happening. They don't realize what if it was their kids that were being put into the games? They just don't have the mindset to have that kind of compassion for people.

Growing up in the acting world, you have a lot of opportunities to change who you are and what you believe in based on how people treat you. I never wanted to do that.

I love storytelling so for me to get behind a story and get in there early in its infancy and kind of develop it in the early stages was something I really wanted to be a part of.

I think those that are holier-than-thou don't make jokes. They take themselves too seriously and Peeta doesn't take himself too seriously. This is what I believe in and I'm comfortable with that and I can make a joke here and there.

I've been on projects before where there's no rehearsal, and you walk in on set and that's literally the first time you've ever played the character, and then I've had times where there's been three weeks of rehearsal. I like both.

I've been the type of guy, I've always been very forthcoming with how I feel. And that it doesn't make you less of a man to like go and be like, 'This is how I feel about you. This is the truth.'

Once you have love as a motivator in a story, your character is free to do anything. Once you say the character is in love, he can do the craziest thing that nobody would do who's not in love. Once you're in love, you have that excuse to go and do whatever you want.

'The Hunger Games' for me is I love the books so much and the character and the story were incredible. That's kind of the game plan is just do really interesting stories with interesting characters.

They're still working on the script - they've got to get that nailed down and they want the first movie to come out obviously, not get too ahead of themselves. But yeah, it's looking good. I love the second book a lot as well, so kind of diving into that is awesome.

Well, getting behind the camera is something I've always wanted to get involved with. Ever since I was doing movies like 'Zathura' I was very interested in all the different jobs on set and kind of soaking all the information up like a sponge.

I don't think I've had love at first sight. But,I've definitely had moments where I've seen a person, and I'm like, 'Wow, there is something different about you, and I really want to get to know you.'

I know my life is full of awkward pauses, and I think it's hilarious.

Working with amazing people, you continue to learn and develop yourself, as an actor and as a person.

I put on fifteen pounds of muscle, so that was a lot of eating chicken and a high protein, low-carb diet. Also a lot of heavy lifting and a very different kind of training with an ex-navy SEAL guy who wanted to kill me every time I got with him. In a good way.

We've seen some insane signs: 'Is that a loaf of bread in your pocket, or are you just happy to see me?' Funny stuff along those lines. Very original. One just said, 'I will do unspeakable things.' I thought that was very interesting - and mildly terrifying!

I got my first tattoo when I was 16 years old and I went with my mom to get it done - she has a bunch too so we're tattoo buddies now.

I think girls like vampires because they are mysterious and they really don't know what they are about. I think a lot of girls are attracted to that.

My personal style has seen so many highs and lows. Probably more lows than highs.

I like both athletic girls and girly girls. It depends on their personality. I like girls who can go out and play sports with me and throw the football around, but you don't want a girl who's too much tougher than you. I like brainy girls who can respond to what I'm saying.

I'm so excited. I love Peeta so much. I think that over the course of the next couple of books, he has so many interesting places to go to, character-wise. I'm ready to dive full-force into it. When I saw the movie actually, it got me energized. 'Let's go get some cameras! Let's go shoot the second one right now!'

As an actor, you're always playing different people, so you yourself are always kind of going through an identity crisis.

At times when you're adapting a book into a movie, you have to take certain creative liberties to bridge the gap between the two forms of media.

Auditioning is always so different for different things.

Ever since I first started acting I've wanted to have a long career.

For me, I love auditioning.

Holden Caulfield is the best character in literature, period.

I actually got really good at unicycling.

I didn't go to high school, so I don't have a high school experience. I was home-schooled during high school.

I love doing roles and movies that are different from each other.

I love getting dressed up doing the whole premiere look.