See the gallery for quotes by Mike Judge. You can to use those 8 images of quotes as a desktop wallpapers. 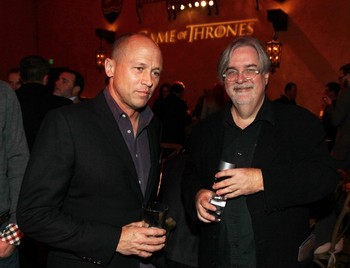 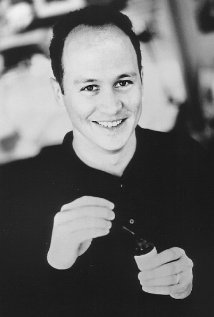 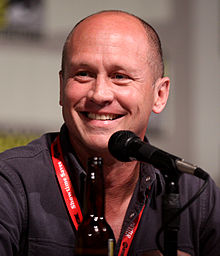 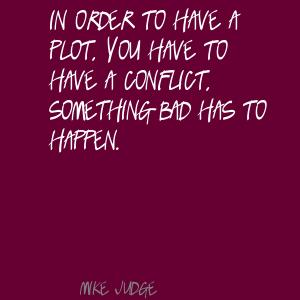 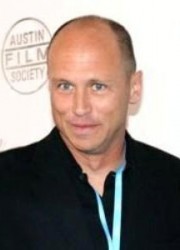 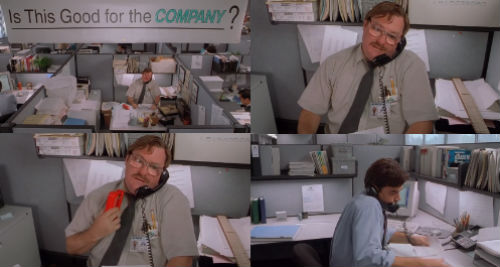 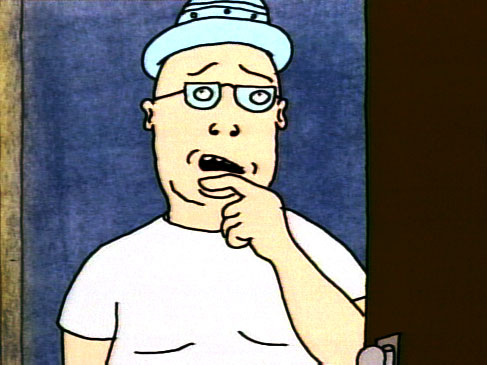 One thing I always heard from the begining when I talked about this being a movie - was that the rule is that animated movies don't work unless they're Disney movies for kids. Unless they're family movies.

One thing I was thinking about is that they probably get their come-uppance about the same percentage that people in real life do. Basically, stealing for all practical purposes might as well be legal in New York.

They don't make you pay for the humor. It's up and down, but they're trying to give you as many laughs as possible in 2 minutes. They are the most honest comedians ever.

When the show started out, it was like all of a sudden we had to do 35 episodes and we had just a month and a half to write them, and it took me a while to realize that I was in charge.

Why should every single character be an honor student who goes around helping others and never doing anything wrong? Is that like the rule or something?

You know, at that age you want to show everyone else how wild you are. It's a combination of being bored, looking for a cheap thrill and being really stupid - a dangerous combination.

In order to have a plot, you have to have a conflict, something bad has to happen.

Stealing, you'll go far in life. Actually, there is something funny about getting away with it.

I almost didn't name Butt-Head 'Butt-Head.' I came real close to calling him something else.

Tags: Else, Him, Real

I didn't think I would make this much money.

I don't think any movie I would do would be too serious or serious at all.

I like the Stooges. You know what movie I saw that I sort of discovered late was Jerry Lewis in 'The Nutty Professor'. I really liked that.

I think at the point when they were first starting to talk about a movie, it was a little bit different back then.

I think I do too many voices in these shows. I think it's because we have trouble getting voice talent.

I've seen a lot of pairs of guys that have been hanging out together way too long-until they're laughing all the time.

It was really weird, when this thing started, to hear lawyers and MTV people calling me and actually saying 'ButtHead.' People tried to avoid it too.

It's amazing what we can get away with and what we can't. But it's not for me to decide.

People say that the Beavis voice doesn't sound like me or some other voices. Butt-Head I think sounds like me.

She defaced my fly. And I've never been the same since.

Tags: Fly, She, Since

Susie Lynn, the producer of those segments, goes in and lays all the voices over the video.

Then there was a kid in the neighborhood about three blocks away, his name was Bobby Beavis.

They say it figures MTV would do such a vulgar, awful, horrible show and they completely miss that it's satirizing the people who watch MTV.

Much more quotes by Mike Judge below the page.

You ought to try being cruel to some people.

All the Disney lead male characters always have this kind of John Davidson kind of look to them. They all look like the same guy, and all the females look like the same, and I think the guys are just way too big.

I don't return anybody's calls unless it's going to mean extra money for me. And I've completely cut off all relationships with any friends that I had before the show. And I've copped an attitude.

I put the storyboard down and came back to it like two weeks later and saw that I had written 'Butt-Head' next to the picture, and it kind of made me laugh and I thought, Well, might as well go for every laugh you can get.

I went to a Catholic high school and it seemed like every time I drew something for a class project, it either got thrown away by the teacher or something.