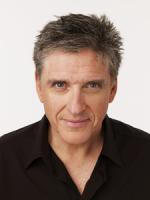 See the gallery for quotes by Craig Ferguson. You can to use those 8 images of quotes as a desktop wallpapers. 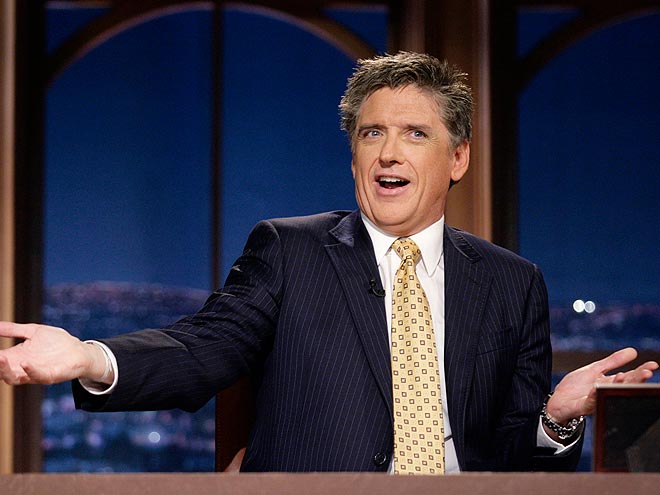 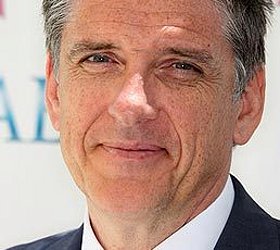 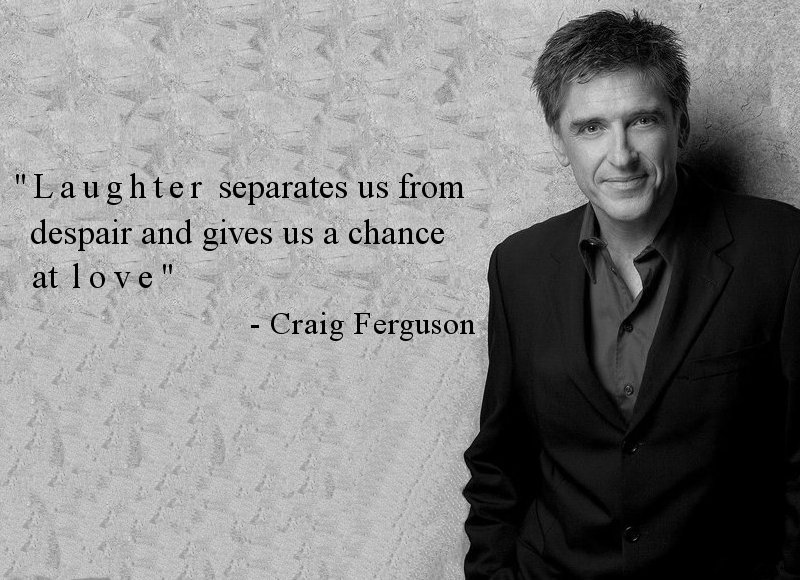 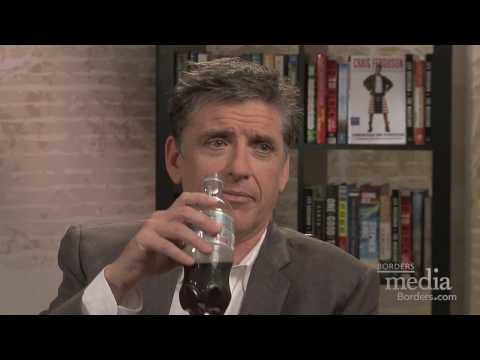 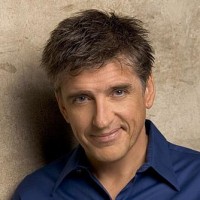 I wanted to be a rock star.

I'm a terrible interviewer. I'm not a journalist - although I have a Peabody Award - and I'm not really a late-night host. What I am is honest.

I'm not aware of having a creepy laugh, but apparently I do.

I'm reading a book, because I'm brainy. No, it is a book - if you don't know, it is like a blog except bigger.

I've been running my whole life. Running into bars, running around the world. But when you have a child, you can't run. That was a revelation.

I've got young kids, so it suits me to do a job which keeps me in town right now.

I've started looking at my own father a bit funny. He assures me, though, that I really am the son of a Scottish postman.

If Scotland and America go to war, I'm afraid I've already sworn in.

If we are now holding late-night talk-show hosts to the same moral accountability as we hold politicians or clergymen, I'm out. I'm gone.

It's not that we fly by the seat of our pants. We're not afraid of failure.

My pilot's license. I'm proud of that.

The idea of having Australians upset at me is just awful.

The truth is, you win the Lotto. That's really how you have to approach it. You're a lottery winner when you get a sitcom and it goes.

The wedding took place in Vermont, where they have legalized gay civil unions, and I married a woman.

When I stopped drinking, it was only because I thought if I don't stop, I'm going to die.

You know, your whole life you're concerned about money for this and that. And then you don't have to worry about it, so you worry about other stuff.

I just do my thing and try each show to be more honest about why I am and who I am. It's quite tricky and actually nerve-racking to do that. It's kind of a happy train wreck.

I'm crazy. I know I'm crazy 'cause Desmond Tutu told me, and he's very clever. He said, 'You must free yourself, be more of who you are. Be more crazy.' And I'm going to.

For me, comedy should have a certain amount of joy in it. It should be about attacking the powerful - the politicians, the Trumps, the blowhards - going after them. We shouldn't be attacking the vulnerable.

I always wanted to make motion pictures, ever since I was a wee boy, and I was 32, and time was marching on. I met a guy who said, 'Come out to Hollywood for 10 days, and I'll get you a deal.' So I figured, 'OK, 10 days.' On the 10th day, he got me a development deal with Disney, not for a lot of money, but it allowed me to make the move.

I am reasonably happy. I didn't find Jesus or anything like that. Part of it is that I just feel that I could go home. I did not feel like that for a long time, but I could go back now.

Much more quotes by Craig Ferguson below the page.

I do a show. It comes on late at night on TV. And if that means I'm a late-night talk show host, then I guess I am, but in every other regard I resign my commission, I don't care for it.

I said that the only way I could have a band that would work in the format of my show is if the band were crap. So if I have a band they'd have to really suck.

It's the beauty and curse of doing a daily show. Some days you've got nothing to talk about and other days Dick Cheney shoots his lawyer in the face and everyone is happy.

Late night is no different than making a film, really, except that it's faster, and if you do a crap one, you can do a better one tomorrow. Writing a novel and doing stand-up - that stuff is very similar.

Scotland is a much lighter and more fun place than I thought it was. I was miserable when I was there. But it wasn't Scotland's fault. It was my circumstances. I was - I hate to say the word humbled - but that's what it felt like. I was wrong about this place. This is a great place full of very fun people.

There's just a feeling you get from certain things you do in life that just kind of feel pure and independent of what's actually, physically, going on.

They were singing, Gillette, the best a man can get, with a lot of guys hugging their fathers and sailing and riding bikes. I suddenly felt a long way from the best a man could get and I thought it would be nice to get from there to the best.

When I went out on tour as Bing Hitler I would hook up with Lenny and we'd get drunk together. He was always very supportive. He was a big star and a lot of what he said to me had power and impact. Apart from that, I just like him.

Why do people do things that they fear? It may be that the fear contains information. Something can be interesting if you get to the other side of that fear.

Tags: Fear, May, Why

I got sober. I stopped killing myself with alcohol. I began to think: 'Wait a minute - if I can stop doing this, what are the possibilities?' And slowly it dawned on me that it was maybe worth the risk.

I came to America, and I made good. It's an old story, but it hasn't been told in a long time. Usually, it's, 'I'm an immigrant, I came here and got persecuted.' My story is I came here, I worked hard, and it worked out all right. So it's still available.

I think sometimes that people think brave means not being afraid, which of course it doesn't mean that at all. It means that you're afraid, but you move past that and do it anyway, do what you think is right.

A lot of people come to L.A. looking for something. What I came here for, I realize now, is to be okay with myself.

Being an American is something I wanted to be for a very long time, probably since I saw the moon landing when I was a child.

Don't ever rope me in as a late-night talk show host. I don't want to be one.

HD doesn't mean anything to me. It's a technical thing. It's like demographics. A lot of people know about it.

I aim to please. I'm nothing if not a vaudevillian.

I am probably a pseudo-intellectual.

I don't know now if I'm funny. I just keep talking and hope that I hit something that's funny.

I don't see my show as a stepping stone to something else like some people, who get a job then have a foot out the door looking for their next job.

I dropped out of high school when I was 16, after I had a huge argument with my English teacher over the meaning of the word 'existentialism.'

I have no ambitions beyond being comfortable in what I do for a living - and earning a living.

I have to do a show which is of interest to me, or else I'm lost.

I hope what I do has an art to it, and as an artist you have to try new things and keep yourself entertained.

I proved to my own satisfaction that I am madder than I think.

I think I'm just someone that just tries to get by. I'm kind of - if it was during the Second World War, I'd be a black marketeer, I think.

I try and live my life in bite-size chunks.