See the gallery for quotes by Martha Plimpton. You can to use those 7 images of quotes as a desktop wallpapers. 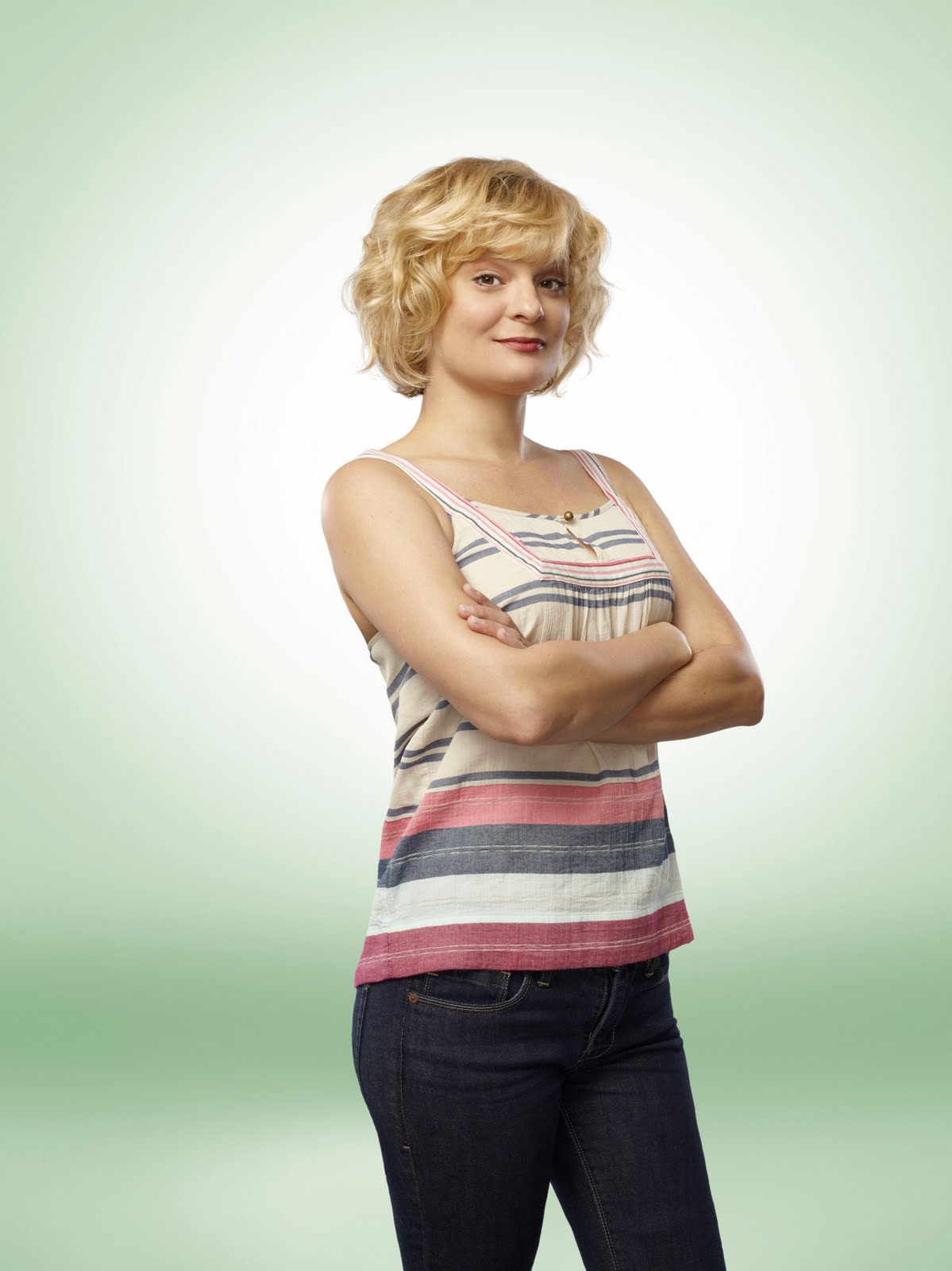 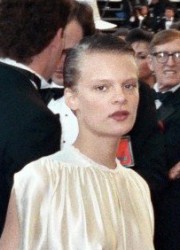 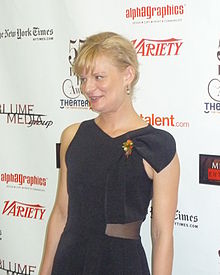 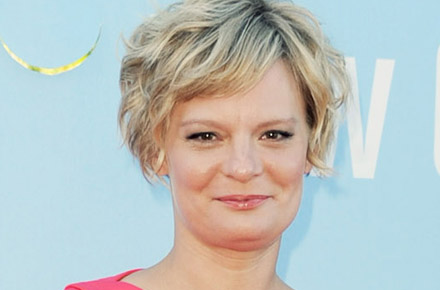 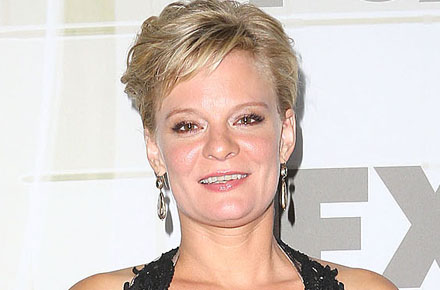 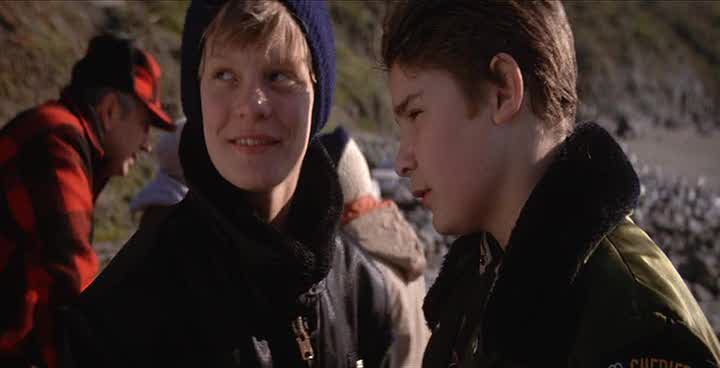 I love dogs because they're so adaptable.

I prefer to think of the audience as a single living organism with which I am sharing a singular, never-to-be-repeated experience.

I wasn't paraded around for sale at all. My mother wasn't into that.

I watch things that are fun, or funny, or interesting.

I would almost rather be in debt constantly than work with horrible people that I hate.

I'm hoping maybe people like working with me because I like what I do for a living and I want to have a good time.

I've been doing old-people things since I was a child.

In the theater, as an actor, you're welcoming people into your house.

Independent film is not only an oxymoron; it doesn't exist anymore.

It's a very long and difficult schedule on a single-camera show.

It's an unusual situation for me to be working and making a living.

It's not common for a woman on television, especially if she's the mom of the family, to be funny. She's usually a straight man or foil.

My mom just didn't put a very high premium on me being like really famous or really wealthy or anything.

That's the thing about interviews, at some point you're going to change your mind. But it's there forever and you can't escape it.

There are an infinite number of ways to be moved in the theater.

There are so many brilliant women on television right now.

We don't want to come off as pro-smoking. Even though we didn't smoke real cigarettes at all, you want to be careful of people's sensitivities.

Tags: Off, Real, Though

Who owns your body? You or the state?

Women know the financial, social and physical costs of not having access to basic health care.

I'm so sick of hearing how there's no strong roles for women. I don't care about strong roles. I just want to see women who are characters! A nun, a serial killer, a housewife, as long as there's some depth there.

I want to be true to the character and maintain some consistency and give the audience what they love while at the same time keeping things fresh and grow the character.

I wouldn't say Malkovich is totally insane, but he's not living in the real world. He's living in his world, which is a fine world to live in apparently.

Much more quotes by Martha Plimpton below the page.

I'd just like to see a role for women where someone who isn't traditionally attractive is not portraying the best friend. You know, the character that only speaks in questions. 'Gee, are you gonna go out with him? Do you think I look fat?'

I've had cats all my life and obviously loved them, but the litter box, and the having to always get a house sitter, they're just too - they're too rigid. Cats are too needy somehow.

I've often said in the past that I thought MTV was sort of evil incarnate and signified the beginning of the end. And I don't know if I'm entirely wrong about that, but they did sign my paychecks a year ago, so I guess I'm part of the problem.

It's easier to lecture women on sexual morality than it is to explain why all Americans shouldn't have comprehensive, fair, and equal health care coverage.

It's long been accepted as fact that the availability of family planning services saves lives. Where women have access to these services, children and families are healthier, and society at large benefits.

It's long past time we started focusing on the solutions that actually keep women healthy, instead of using basic aspects of women's health as a tool of cultural, moral, and political control.

It's not so weird that four generations are living together under the same roof and trying to make it work. It's how a lot of people in this country are living right now.

My mom and I used to listen to records, read, and take train rides across the country in the summer. It was a very chill life. She didn't expose me to anything that was ahead of my development, but she expected me to adjust to her world - she did not expect to adjust to mine.

My mother had been an actress and we came from that world in New York, the theater world and the downtown sort of theater scene, and so I guess we didn't really have what you'd call like a Hollywood kind of life at all.

See, I don't watch reality television anymore. I watched a little bit of it for awhile, but I found it turned my soul into a black sludge, and I just did not find it healthy or good for me at all, because I would watch it and be disgusted, disgusted.

The '80s to me, more than anything else, represents a time of real criminal activity in the office of the president: an incredibly disparate economy in terms of the class distinctions and whatnot, and a tremendous shallowness - a lot of sort of bank robbery by executives.

Very often a job will come along that speaks to the place you're in as a person at that very moment. And usually once I've done it I feel like that part is over.

Women have always been at the forefront of progressive movements. Women can be depended on when you need bodies in the streets for women's rights and human rights.

Cigarettes are an instant signifier in culture. It punctuates a joke, or puts that extra zing on a punch line. I like them as a prop. I think it can be really useful for character and texture and contrast and all of that.

When you're working with good people it brings good things out in you.

A lot of people in this country right now are living with multiple generations under one roof, struggling to make ends meet.

People seem to think that you should be willing to speak to them whether they're jerks or not.

The word 'equality' shows up too much in our founding documents for anyone to pretend it's not the American way.

I almost never have a plan for myself... I'm not ambitious in that way.

I feel comfortable in the presence of oddity. Probably because I'm a little bit odd.

If I'm enjoying myself, I find my opportunities for more fun become greater.

It's important to me if I'm having a good time than I feel like the work is better. The quality of it is better and my level of interest is higher.

Actors, they come and go, you know.

At this point, I don't get hired a lot because people don't think I could finance a movie.

I am a fierce patriot, and I try to be outspoken about my beliefs.

I am a United States citizen and I vote.

I am not a morning person. I like to sleep in.

I don't pay attention to the ratings.

I hate those people who say 'I don't own a television' - I own one and I watch it whenever I can.

I just want to be clear, I am a very dark and bitter person, but I think on some level, everything really does come when it's meant to come.