See the gallery for quotes by Zach Galifianakis. You can to use those 8 images of quotes as a desktop wallpapers. 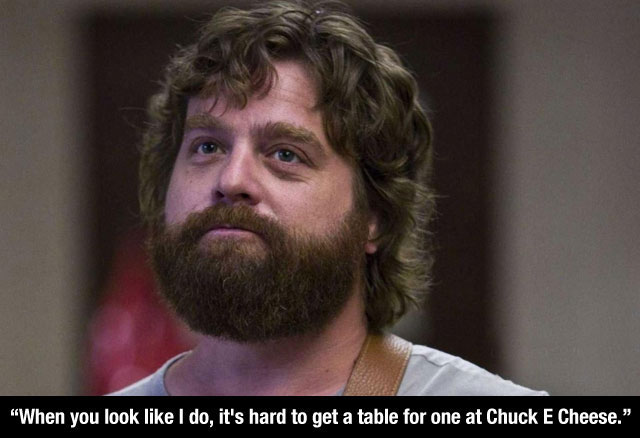 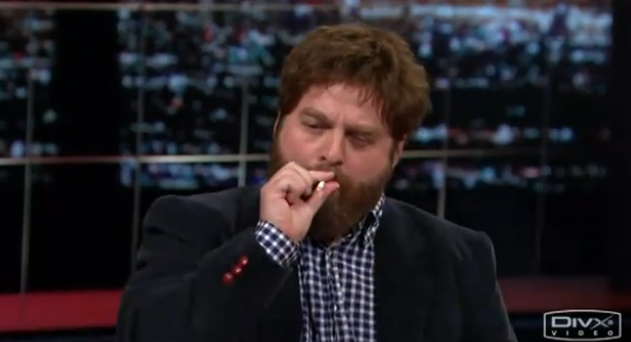 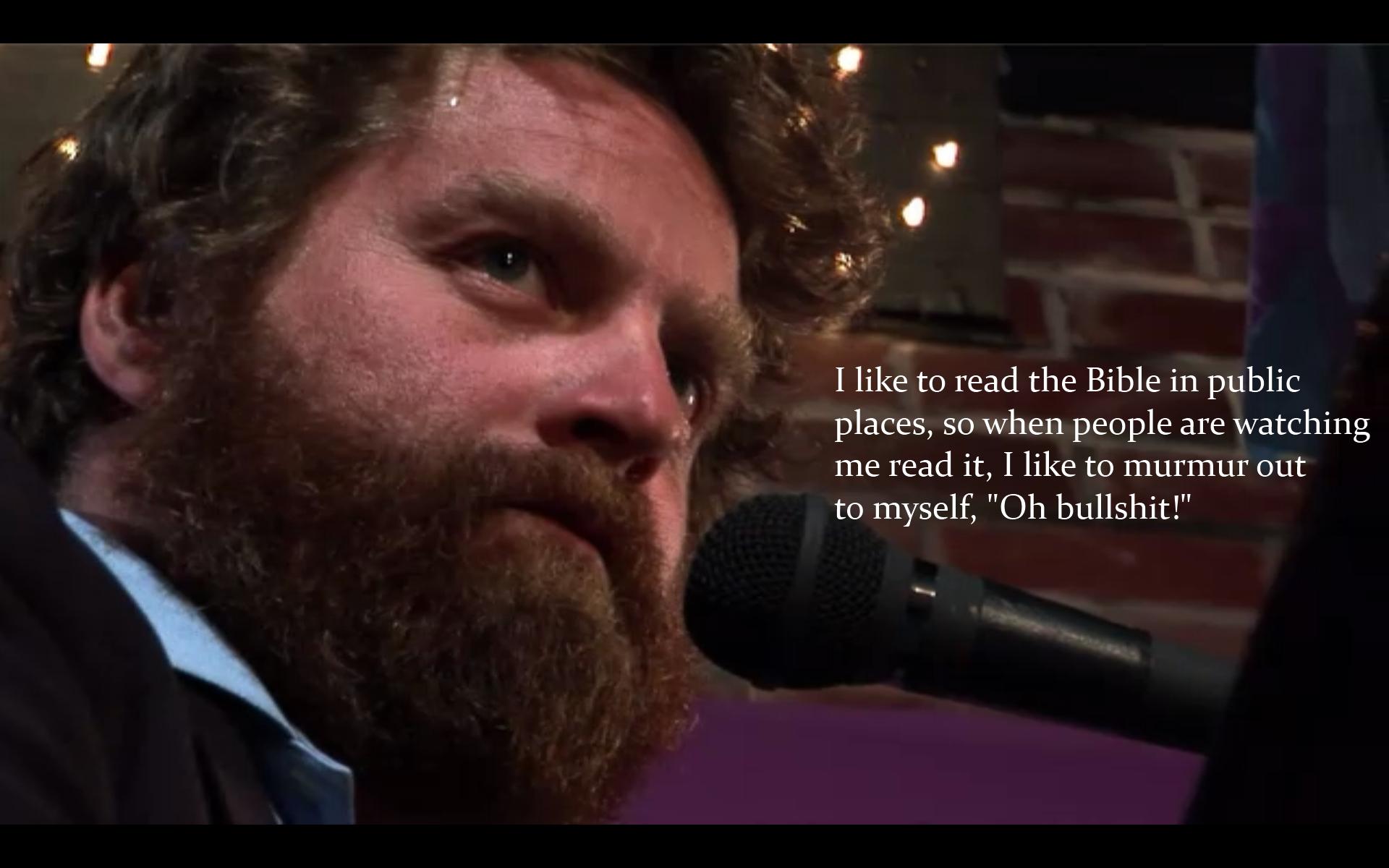 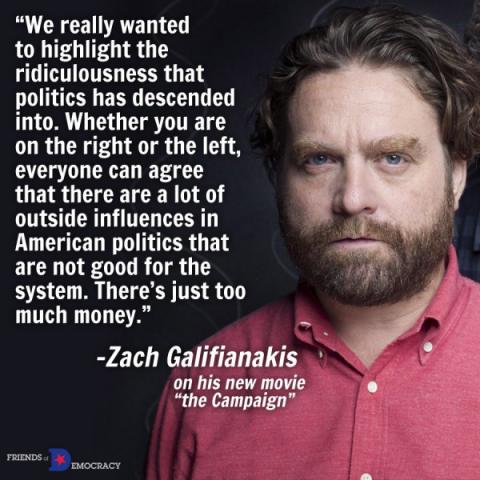 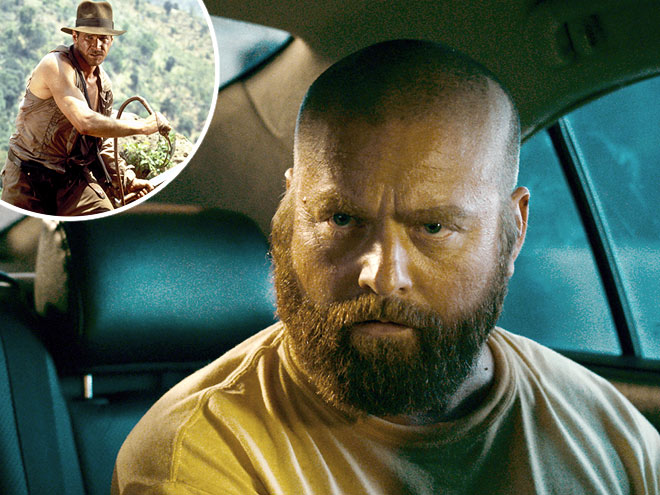 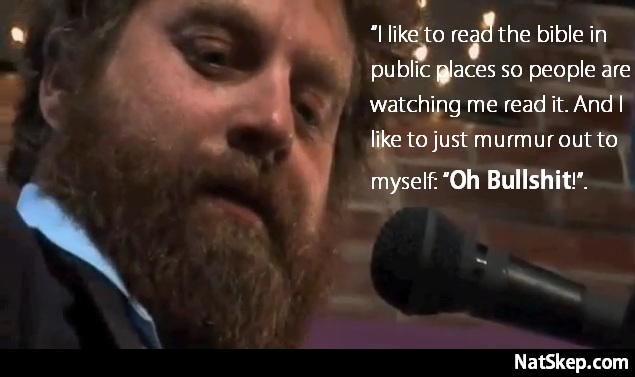 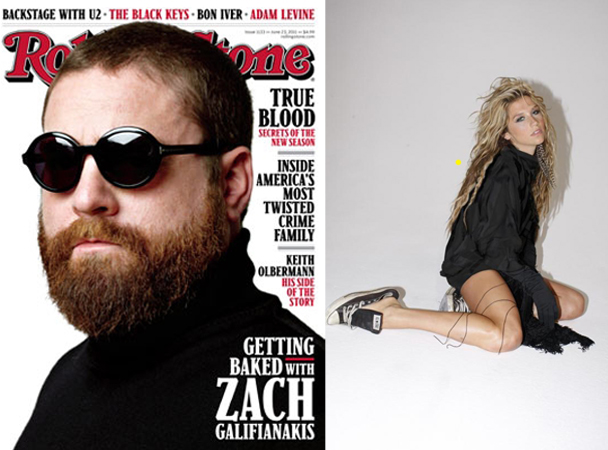 You know, sometimes if you work - if you do a lot of takes and you work long hours, for me, at least, there is a delirium that starts kicking in on the fifteenth hour, and that can help. Below the just thirteenth hour is where I have a concern, because everybody's so tired.

Inappropriateness is funny to me. Rudeness is hilarious.

I used to be really cute. I could send you earlier photos where I'm stunning. But I've gained about twenty pounds over the past two years, and the more weight I've put on, the more success I've had. If you drew a diagram of weight gain and me getting more work, a mathematician would draw some conclusions from that.

American society loves to prop people up and then take them down.

I don't like cursing in movies. I feel like cursing has become the new hackiness. You try to find substitutions for cursing.

Much more quotes by Zach Galifianakis below the page.

Actually, I used to be a busboy in a strip joint in New York and so I hate strip joints. I'm not that kind of person.

Fat jokes to me are always, always hilarious, as long as they're done towards yourself.

Hollywood's built on insecurity. People are trying to prove things. And I probably have that. I probably do. Probably guilty of it, in a way.

I am going to be the next Ryan Gosling.

I am not into publicity. I'm not good at it. I get anxiety about it.

I haven't been hit since Leon Spinks hit me in '92.

I just try to keep myself a traditionalist. I liked being an underground comic doing my thing. I want to maintain that. I just do.

I kind of put myself out there as is. I'm a quiet person. I don't know if that's surprising. I'm a Pilates junkie.

I think if they put a laugh track on 'Intervention,' it would be funny.

I would have changed my last name if being famous were my goal.

I'm not versed enough in constitutional law to run for office. I'd have to go back to school or something.

I've been happily dedicated to the same woman for a number of years. I never even look at other women.

My dad doesn't get any of my jokes. He laughs at them, but he doesn't understand them. He's just laughing because people around him are laughing.

My forte is awkwardness.

My real last name is Galifianakisburg.

Privacy is big for me. To do interviews even, I have a very love/hate with it.